The Heckler & Koch Machine Pistol 5, or MP5, is a classic and iconic gun design. It’s typically seen as a submachine gun and has found extensive service around the world. It was well-designed, well-built and extremely dependable gun and is still in fairly wide use today. So it is hardly surprising that there are clones of it made for the civilian market.

One such line of clones was made by Special Weapons out of Mesa Arizona. If you research this company, you will find all kinds of — um — “interesting” history of both Special Weapons and the man behind that business, among others. The company no longer makes MP5 clones and I can’t even tell whether they are in business at all anymore either. But there are still a lot of their guns out there, and you can come across them easily enough. The question is, however, if you do, should you buy one? Well, maybe. 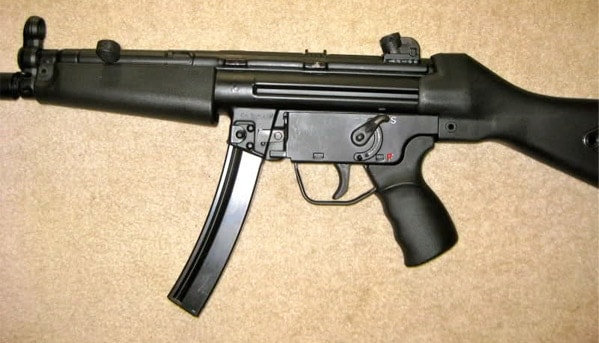 The SW MP5 clone in questions was relatively new and unfired. It was used in Ballistics By The Inch tests for the 9mm cartridge, and frankly, it worked pretty well. And to be fair, I have had a chance to shoot a real HK MP5, so I have some basis for comparison to the clone. 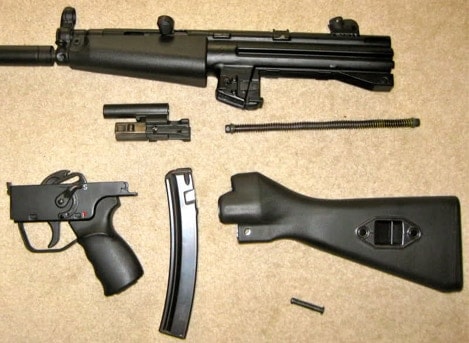 The Special Weapons gun wasn’t as good as the original Heckler & Koch version, which isn’t too surprising, even though the HK had tens of thousands of rounds through it. However, a new clone costs about a third as much as a new HK. These days you can find a used Special Weapons clone for well under $1,000.

And the chances are if the gun has been well broken-in, it will work just fine. Because a lot of the problems that people encountered with them when they were new required some minor tweaking and parts changes (usually going over to HK brand replacement parts) to get it running smoothly. Once that was done, they generally seem to function well. If you find a well broken-in gun for sale now, you probably won’t have to do a lot to keep it running smoothly.

But it is hard to tell that from just an auction listing or some pictures posted in your favorite forum. So let the buyer beware.

If you get a Special Weapons MP5 clone that does function well, here’s what you can expect: decent fit and finish on the gun, typical MP5 style sights – front post and ring, rear barrel for selecting range and quick acquisition – and a decent, military-style trigger.

Shooting it, one can obtain reasonable accuracy out to 25 yards. It is your basic pistol-caliber carbine, meaning it’ll offer a slight boost to bullet velocity and a more stable platform that will enhance accuracy for most shooters over a handgun.

On top of that, because the MP5 has been around for decades, there are plenty of accessories you can get, which should work pretty well for your Special Weapons clone.

Now, if you get one that doesn’t function well, don’t despair. From everything that I have seen, usually some fairly minor expenses for replacement parts, which may include a new extractor, recoil springs, perhaps a new bolt – all HK original parts – will help get it running a lot better. It also seems that the gun greatly prefers curved magazines over the ‘straight stick’ style. Such expenses usually run between $100 and $300, according to most discussions I’ve seen.

Of course, if you have the money, you can save yourself the headaches and go for an actual, HK MP5 in the configuration of your choice (depending on your local laws and your desire to jump through BATFE hoops). But if that isn’t an option, or doesn’t appeal, then don’t dismiss the Special Weapons guns out-of-hand. Just be aware of what you may be getting yourself in for.