There are many schools of thought about what makes for a good self-defense round for a revolver. Some folks think small and speedy is best. Some like raw power. Some just want a round that allows for quick follow-up shots and lots of them. And some like bullets that are like me: big, fat and a bit slow.

The Taurus 450 line was designed for that last group.

The 450 is no longer available from Taurus, though it is still listed on their website (they always seem a bit behind in that department). However, you’ll often find them used at your local shop or online, and usually at a fairly decent price ($450, however, I’ve seen them for as little as about $350).

Since the Judge-style of guns has captured the public’s infatuation, the older line has been discounted. 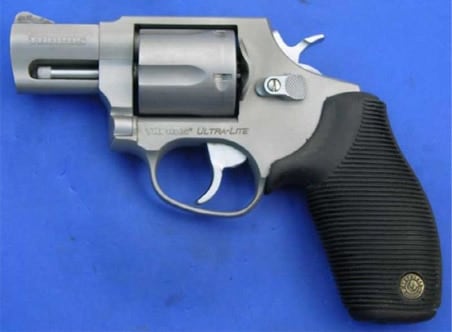 Personally, I think that’s a bit of a shame because the 450 is all around a more suitable gun than the Taurus Judge for self-defense in my opinion. Since the 450 was designed just to shoot the .45 Colt, while the Judge is also chambered for .410 shot shells, the cylinder is much shorter and the gun weighs significantly less than the Judge line of revolvers.

But what is is what is, so let’s forget the Judges of the world and talk about the 450. 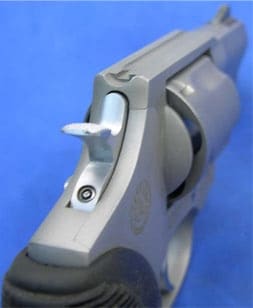 The specimen in question is the Taurus 450 Ultra-Lite, which was shot as part of the Ballistics By The Inch tests of the .45 Colt cartridge. It’s not a small revolver, but it isn’t huge either. With an overall height of about five inches and length of about six inches, it weighs in around 20 ounces. It has a two-inch factory-ported barrel, fixed sights suitable for concealed carry and a five-round cylinder. The grips are Taurus’s ribber style, which are fairly large but manage recoil very well. The hammer is exposed and the gun works in both single- or double-action.

The fit and finish on the gun was decent. Nothing to brag about, but also nothing you would need to be concerned over. It was robust enough to inspire confidence that the gun would hold up over time–typical Taurus, in other words.

Likewise, the trigger was … adequate. A bit stiff, but the gun we were using hadn’t been shot a lot. The trigger would likely benefit from more use over time or a little buffing. With it set for double-action, it felt a little rough again, the sort of thing that would likely smooth out with use or a trigger job. In single-action it was OK.

The sights were fine for self-defense use. Accuracy was what I would expect from a snub-nosed: decent groups at seven yards, say four-inch groups or so, and somewhat larger at 25 yards.

But that was just my first time shooting the gun. I would expect that a competent shooter could get it down to a four-inch group at 25 yards with sufficient practice. 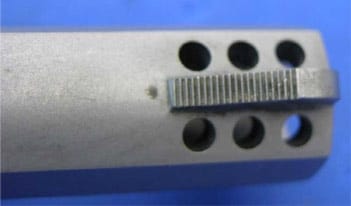 Recoil was quite manageable. This was partly due to the grips and partly due to the character of the loads we shot. The .45 Colt is a very versatile cartridge, one that allows for a range of loadings. We tested two +P Cor Bon loads and one standard pressure Federal load. While the +P loads were hotter, you’re still talking a relatively slow bullet (particularly out of a two-inch barrel) and corresponding lower recoil.

And the barrel porting made a difference in managing the recoil. Porting, if you don’t know, is where a series of holes (ports) are made in the barrel towards the end, usually at the top. These re-direct combustion gases before the bullet leaves the barrel to help keep the muzzle down, somewhat counter-acting muzzle flip and allowing the shooter to stay on target or to re-acquire their target more quickly.

The end result was that while the 450 was very light, it was easy to shoot. This is what you want in a self-defense gun.

Bottom line, I think the Taurus 450 is a decent gun and a good value, particularly if you find one at a bargain price. It’s not as small as a J-frame, but you get a lot more wallop out of a .45 Colt than you do a .38 Special.