Only the best will do for John Wick. The “sommelier” in a small shop in Rome suggests a handgun of the Austrian variety to Mr. Wick. He hands the notorious assassin a Gen 3 Glock 34 with every ounce of performance squeezed into it by Taran Tactical. You too can now have your Glock 34 transformed into this iconic pistol with the John Wick Combat Master Package from Taran Tactical Innovations (TTI).

The Combat Master package is equally aesthetically pleasing as it is to shoot. Visually you can tell that a lot of work has been done to this Glock 34, but it’s not over the top. Some of the “gucci Glocks” that you will find on the Instagrams have a similar look to when your two-year-old breaks into your wife’s make up drawer.

The Combat Master’s slide will immediately draw your attention. It has two window cuts at the front. This takes out about an ounce of weight and allows the gun to shoot a little softer. Forward slide serrations added to the front match the ones at the rear. The “TTI” logo is neatly engraved just forward of the ejection port. The ion bonded bronze barrel subtly contrasts the matte black finish of the slide. It is outfitted with Taran Tactical’s competition sights which have a black serrated rear and a fiber optic front. These are great for honing in on those more technical shots. 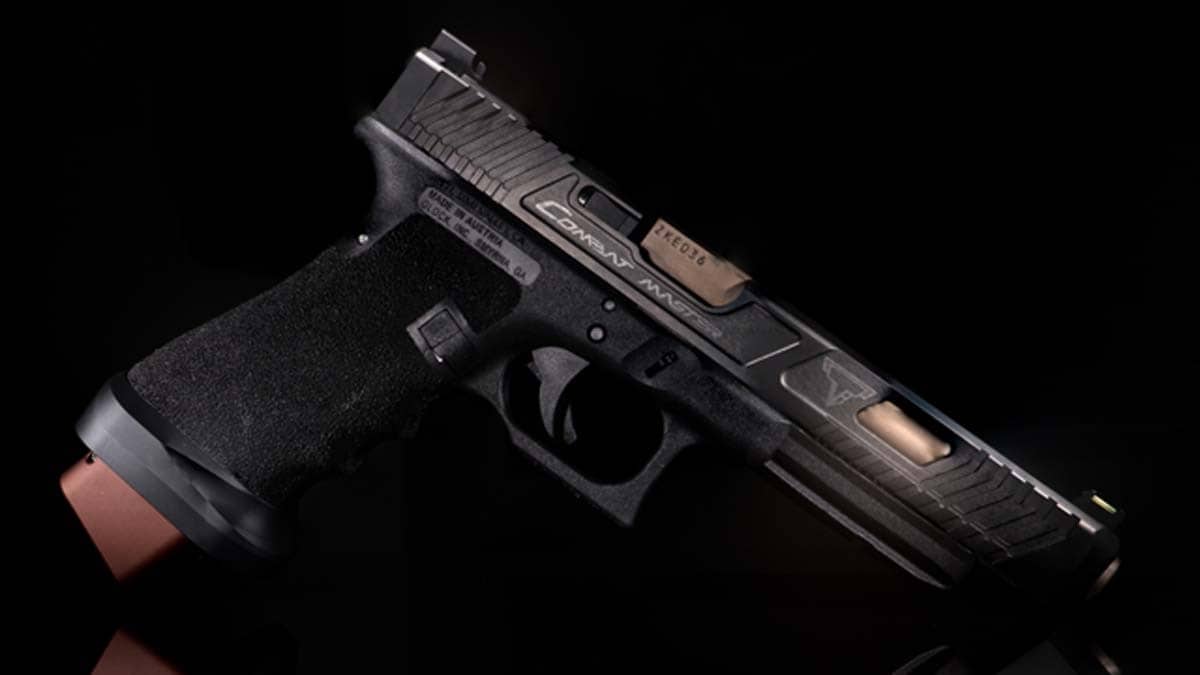 The frame is a Gen 3 Glock 17/34 but of course the gun of John Wick cannot be left untouched. The key grip areas of the frame have been re-textured with a fine tip. This gives it a “220 grit sandpaper” feel. It works great and is not overly abusive to the hands. The finger groves have been left on but have been slimmed down. I typically remove the finger groves off my Glocks because they don’t match up great with my hands. These feel great and allow me to achieve a really good grip on the gun with my hand setting just above the oversized TTI mag well.

The lowers internals are pretty straight forward. It consists of stock Gen 3 parts but TTI has given it their “Competition Trigger Job”. This cuts the weight of the stock trigger pull in half. This took a little bit for me to get acclimated too but after I did my splits became much quicker compared to using a stock trigger.

TTI is a company that is no stranger to the competition market. Yes, the John Wick Combat Master is based off a “tactically” driven movie but this gun is really built for competition. Straight out of the box it is ready to roll with assembly required. In fact, I’m not sure exactly what else I could possibly add to this gun to make it more anymore ready for a competition. 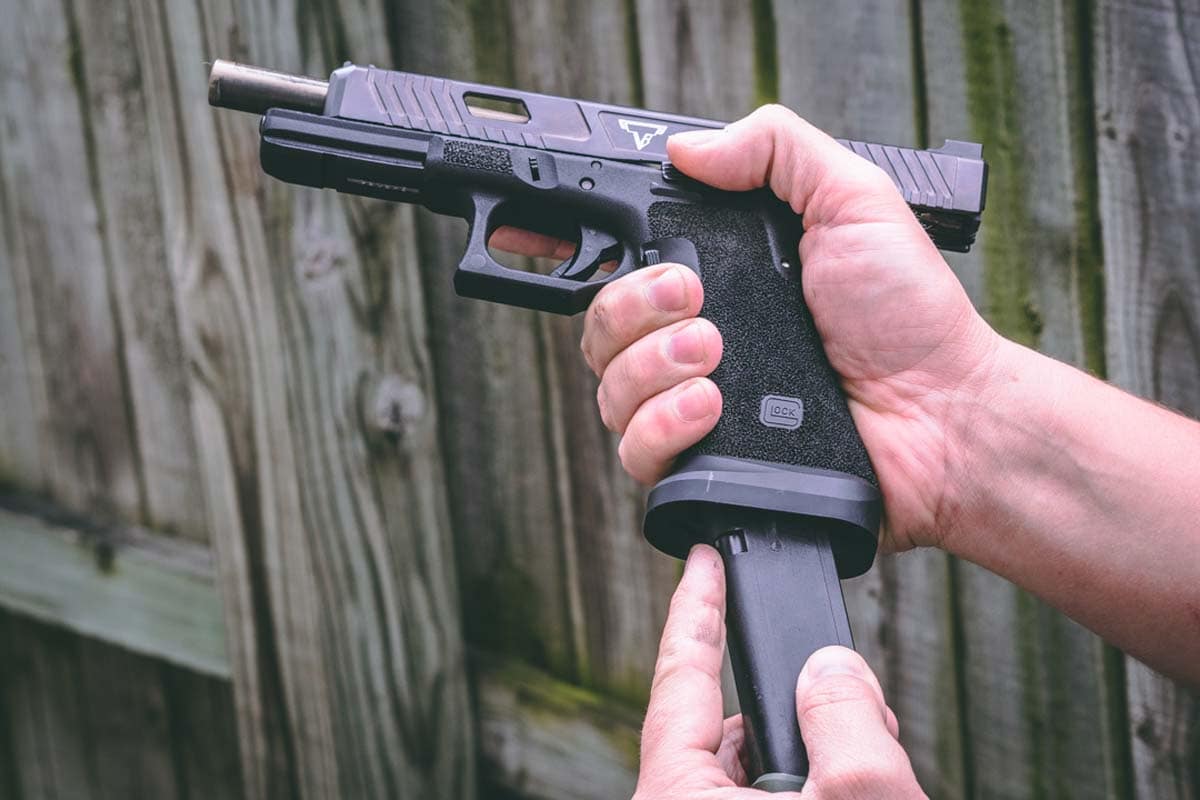 The Taran Tactical magwell takes out some of the user error of reloading. (Photo: Ben Brown/Guns.com)

I decided to go live with this race gun at the Tactical Athlete Games. Prior to the event I trained with G34 Combat Master quite regularly. A lot of times when you soup up a gun you can get spotty reliability but this was not the case with this handgun. It performed with every kind of 9mm I could come up with. I was not expecting this due to the fact that most “race guns” are tuned to a specific load.

At the Tactical Games I was subjected to a decently high round count per stage while rolling around in North Carolina dirt and sand. I thought for sure the Glock 34 would have a hiccup or two but still nothing. When the stage required 50 yard pistol shots this gun made it happen as long as I did my part. I left the games with a new found respect for capabilities of this gun. It has the performance of a competition gun and the reliability of a duty gun.

The John Wick Combat Master package from Taran Tactical is way to maximize the performance of your Glock 34. If you don’t need to do that than read no further because the cost for this treatment is $1,499.99, which doesn’t include the cost of the gun either. Some of you might say that is a lot of coin to throw at a “tupperware gun” but is it really? I have seen a lot of shooters put substantial money into their Glocks without much ROI. At least I can say confidently that with the John Wick Combat Master package is money well spent.