In my mind there isn’t much higher praise for a firearm than to describe it as out-of-the-box ready for duty use. Most polymer striker fired pistols have acceptable features, but the Walther PPQ Q4 Tac pistol goes well beyond the standard.

Although it costs a few hundred dollars more than competing brands, you’d have to spend that on upgrades to put them on par with the Walther design. With the PPQ Q4 Tac, you really can have your cake and eat it, too.

The Walther PPQ Q4 Tac comes suppressor and optics-ready, but also has a host of features that you’d want in a defensive, duty or every day carry firearm. These include adjustable sights; ambidextrous controls; and the slide, barrel and magazines are equipped with a Tenifer finish.

The 9mm handgun comes with a 4.6-inch barrel, which has a 0.5×28-inch threads, that puts the overall length at 7.8 inches and weight at 25 ounces. The package also includes three backstraps, and two 17 round and one 15 round magazines. 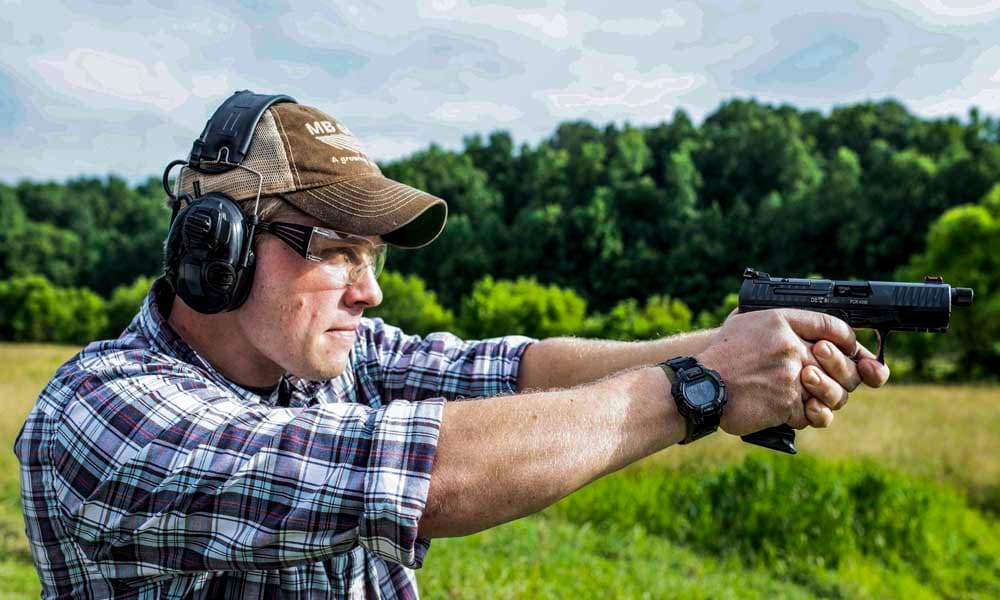 The ergonomics are also some of the best I have felt. (Photo: Chase Welch/Guns.com)

German engineering is in full effect when considering the most important part of a pistol’s shootability. Walther lists the trigger pull weight at 5.6 pounds, but it feels much lighter. That’s probably due to the total travel only being four-tenths of an inch, and the reset only one-tenth of an inch, so all of this adds up to the Q4 Tac being a very fast and accurate handgun.

The ergonomics are also some of the best I have felt. The sweep of the grip is aggressive enough to allow for natural biomechanics without the gun pointing down, and the backstraps allow for a meaningful change to grip size to create that “natural” feel we all seem to want but can never really define. 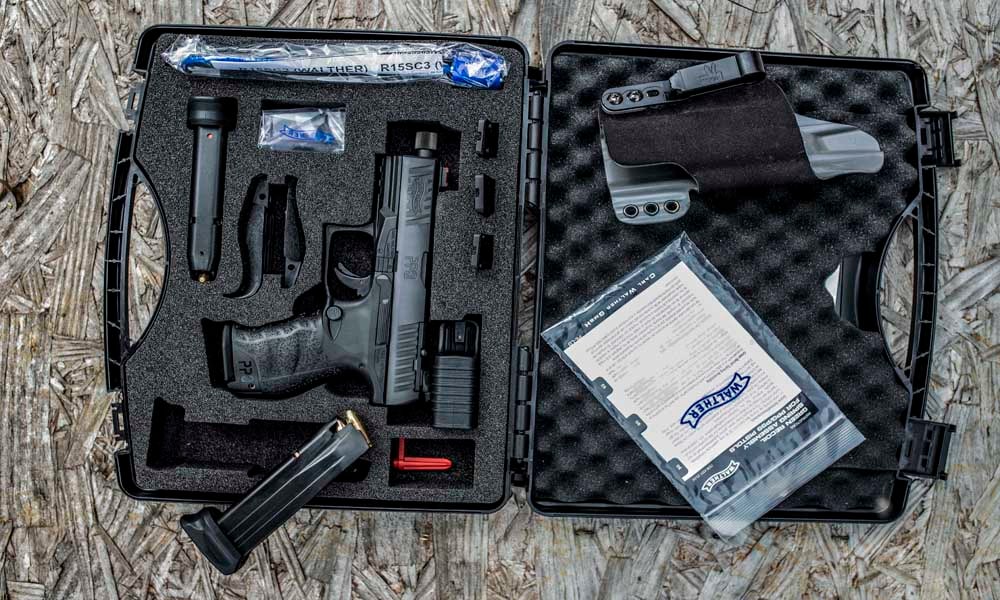 : This is one of the more complete packages as far as handguns go, and considering everything that comes in the box, the PPQ Q4 Tac is good value for money. (Photo: Chase Welch/Guns.com)

Finally, when talking about the feel of the pistol, I have to mention the slide serrations on the front and rear. They’re deep enough to work with cold wet hands and in my opinion add to the “tactical” look pistol without being aggressive. It’s that subtle European perfection in full force.

At $799 retail, price might be the only deal breaker when comparing to the $500 price tag for the standard models by competitors. But if you want to make them comparable, you have to spend the extra $200 to $300 on upgrades.