A semi-automatic shotgun with a proven design, a classy bronze finish, and a fairly reasonable price—that’s Tristar’s new Bronze addition to the Viper G2 product line.  But is the color all that’s new, or is there more than meets the eye?

The Bronze shotguns are available in either 12-gauge with a 28-inch barrel or 20-gauge with a 26-inch barrel.  Both barrels have the standard vent rib with a matted sight plane. Stocks on the Bronze twins are deluxe Turkish walnut with a high-gloss finish and cut checkering.  They include three Beretta/Benelli mobile style choke tubes (IC, M, F) along with a wrench in a hard choke box and shims for adjusting length of pull. 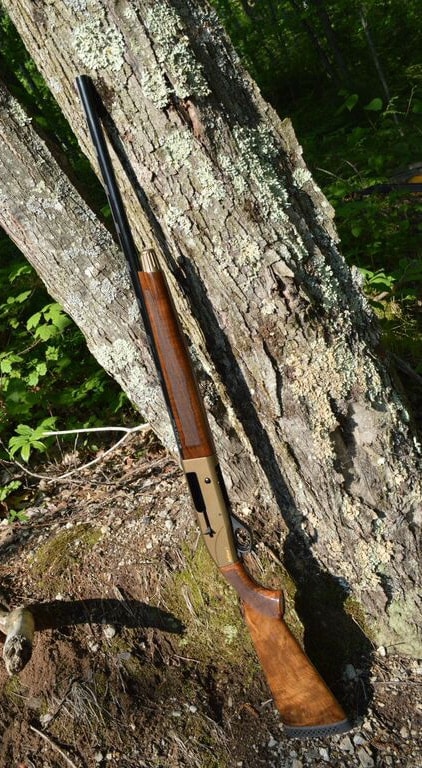 Both guns are chambered for 3-inch shells and have a five-round tube capacity with the “Quick Shot” plug removal system, allowing easy removal of the plug simply by unscrewing the magazine cap.

The Bronze, like other Vipers, has the Manual E-Z Load Magazine Cut-off feature. As with other Viper models, the gas system consists of cleanly machined metal parts, rather than the polymers found on many other guns today.

Both shotguns have an MSRP of $759, though real world prices are closer to $599 online.   All TriStar shotguns are covered by their five-year warranty, and customer service has been top-notch.

What sets this new version apart is the aesthetically-pleasing Bronze cerakote finish, which is reminiscent to the finish many upland hunters adore on the Beretta Xplor.  The receiver is handsomely coated in a matte bronze, while the TriStar logo clashes a bit in an off-yellow.  The magazine cap on our test gun is bronze as well, and though factory photos show that screw-on cap in black, we much prefer the bronze as it ties together the design.

Cerakote finishes have a long and established reputation for durability and good looks in the gun industry, and this finish seems to offer nothing less.  Through several disassemblies of the gun and test-cleaning with multiple solvents, the bronze cerakoting held up just fine.  The Bronze wears a red fiber optic front sight, which is nicer for hunters than for clay shooters, though that’s really a personal preference.  The Turkish walnut furniture is of a higher quality than I’ve seen on all other TriStar’s, both semi-automatic and over-under.

Though TriStar puts their guns through a 5,000 round torture test prior to a model’s release, we wanted to give the gun our own real-world trial.  Our 20-gauge with a 26-inch vent rib barrel weighed in just over six pounds and balanced surprisingly well.  As with other TriStar semi-autos I’ve shot out-of-box, instructions suggest shooting 20 magnum rounds as a break in period for the firearm.  I’ve always done as suggested but this time we decided to see what happened after shooting only a few magnum rounds. 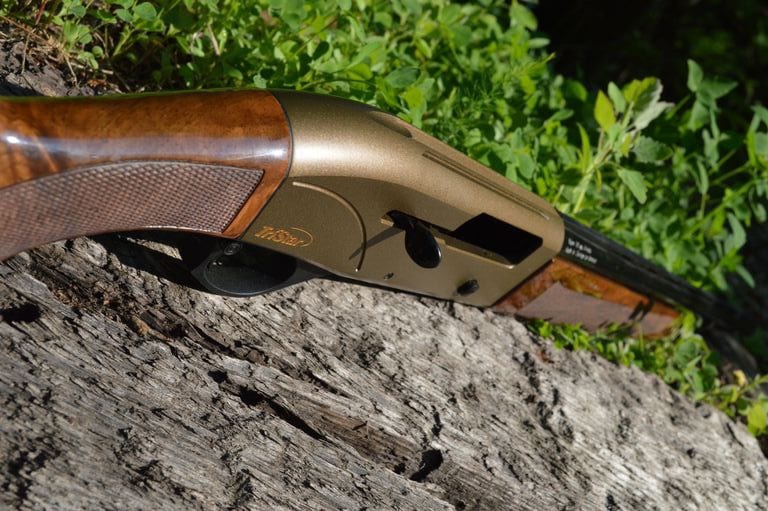 Only one of the first three lighter rounds failed to eject.  After that, we ran well over 250 rounds through without a single problem, and the gun seemed to run better and better as the day went on.

We shot high brass and low, heavy loads and light, rapid fire and slow, in the sun and in the pouring rain, and the TriStar Viper G2 Bronze never missed a beat.  We even took photos of the internals after all the shooting, and the gas system was surprisingly clean in comparison to similar semi-autos. 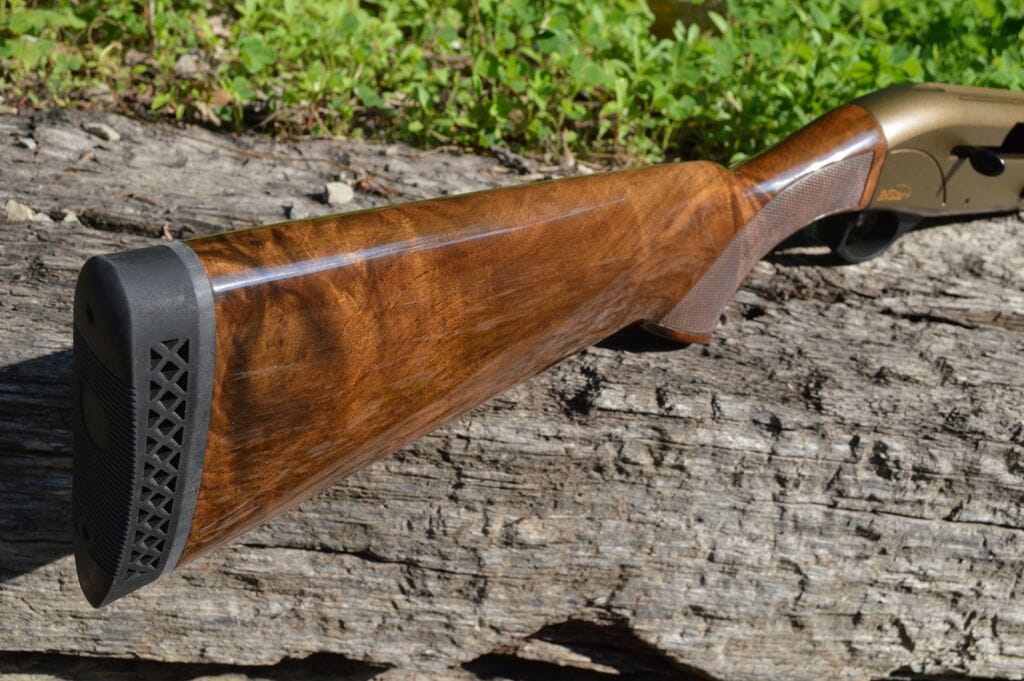 The 3-inch chamber cycles light target loads and handloads just fine, unlike some Magnum 3-inch guns which won’t tolerate lighter loads.  That makes the TriStar Viper a capable gun with heavy loads in the field and light loads on the clays course.  Though somewhat light, the Bronze 20 gauge feels solid and well-built in the hand. 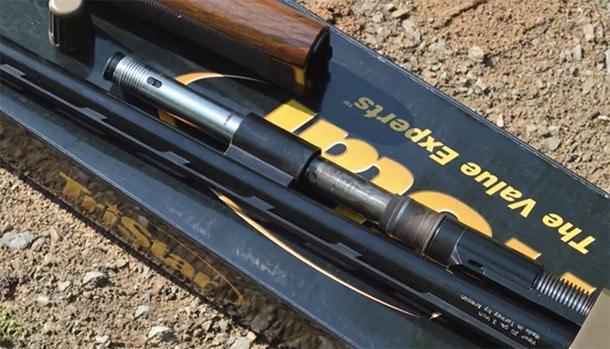 The gun comes up well when shooting afield, and would make a nice upland bird gun.   It shoots true to aim, and the three included chokes pattern as expected.  The rubber butt pad is nothing special, but does the job without snagging unnecessarily on clothing.

Aesthetically, the wood is of a much higher quality and finer grain pattern than expected on a gun of its price point.  The high-gloss finish has enough shine to highlight the fine grain, but not enough to detract from a stealthy hunt.   A chrome-lined barrel and chamber are nice insurance for hardcore hunters, and are now expected features on most guns.

TriStar builds shotguns that hunters don’t have to be afraid to take afield and just plain “use.”  I credit the company with designing a shotgun to fit every budget and taste.  Whether it’s synthetic or walnut, adjustable combs and LOP’s, red or bronze cerakote receivers, youth or lefties, O/U’s or semi-autos, the self-proclaimed “Value Experts” have it covered.

The Bronze is yet another addition.  Classy on the outside, utilitarian on the inside and ideal for target shooters and bird hunters alike.  Whether you’re a new shooter looking for a do-all semi-auto or an established hunter in need of a gun to pound the fields, the Viper G2 Bronze is sure to impress with both its classic looks and rugged build.