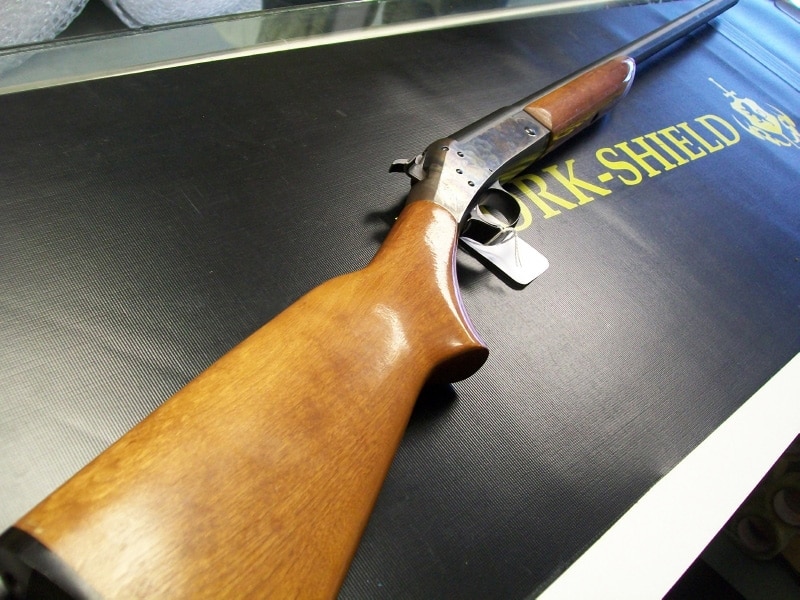 There is nothing more satisfying than firing a shotgun.  That is doubly if the shotgun in question only cost $85. The Harrington & Richardson Topper Model 58 is a single-shot brake-barrel shotgun. My particular model is a 20 gauge, which I picked it up at a pawnshop.  Sure the furniture was a little rough and there was some rust on the barrel.  Additionally the previous owner took it upon himself to put his initials on the receiver, but for less than a hundred bucks I can overlook that.  This particular shotgun is from the 70s but doesn’t show its age.

Why a break barrel

I wanted to find a shotgun that I could teach my son to shoot with.  A single shot is a perfect introductory firearm.  I would have preferred a .410, but 20 gauge will do.  A single shot allows the new shooter to take their time and focus and learn the recoil of the firearm in a safe controlled manor.

Simply a teaching tool is not its only purpose though.  A single shot can be used for clay pigeons, target shooting, and small game and waterfowl.  It is a versatile firearm.  There was another benefit to this gun that I was ignorant of until shortly after I purchased it: the availability of ammo.  I love shooting, but the scarcity of ammo has made it difficult to say the least. 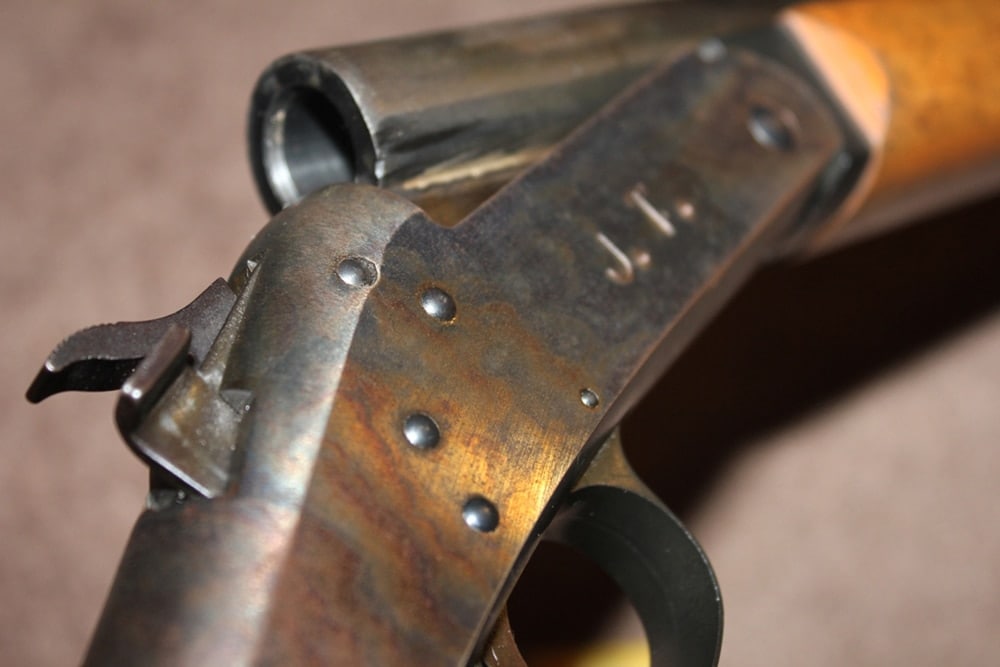 The Topper is a single-shot shotgun, in case you couldn’t figure that out. (Photo credit: Eric G. Gillespie)

However, even through the worst of the ammo shortage 12 and 20 gauge were still a common sight in box stores and gun shops alike.  My shotguns allowed me to keep shooting even though ammo was scarce.  It may not be your AR that you love or your favorite .45, but at least your shooting.

The Topper has a hardwood stock, case hardened receiver and a blued barrel.  It is a simple bead sight with a small notch in the receiver end of the barrel.  It is a hammer-fired shotgun and like most single shots it ejects the rounds when opened.

It’s simple to disassemble.  I can break it down into its major components by removing the forend and simply using the break open lever.  The barrel comes away from the receiver and the stock.  It is then easy to clean and in my case refinish.

I first removed the dented and dinged finish from the forend and the stock.  I refinished it with gun stock stain and several coats of a wipe on polyurethane.  Then I turned my attention to the barrel.  I used steel wool to remove the damaged bluing and the rust that had accumulated on the barrel.   I then used a cold bluing method several times to reach the desired darkness.  I oiled the barrel and slapped it all back together. The result was a clean looking shotgun.

It’s a shotgun, how can you go wrong?  I have put hundreds of rounds through it and it is still kicking.  It has a short clean trigger pull and even with simple bead sights I hit what I am aiming at.  I know that this shotgun will make a perfect training tool when my son is old enough (he is 15 months old, so I have some time to wait). 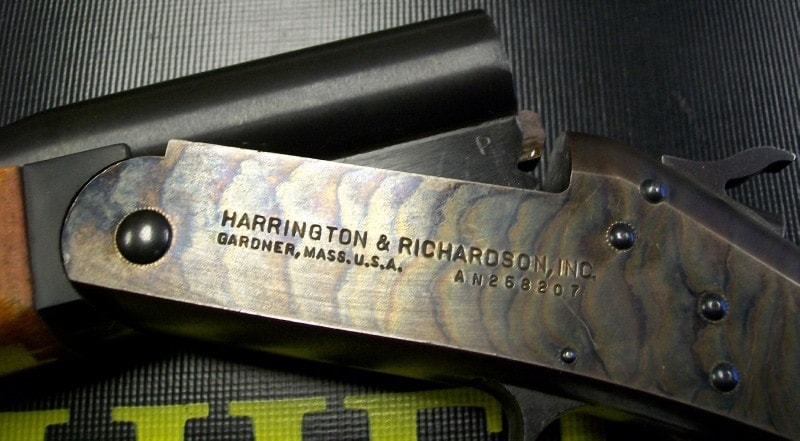 A close up of the manufacturer. (Photo credit: Gun Auction)

Additionally, I have a solution for my desire for a single shot .410.  There are adaptors that can turn a 20 gauge into a .410 or even a 9mm or .22 LR.  This is the perfect solution for someone looking to train a young shooter on a budget.  They generally cost around $20 and when I get my hands on one I will most certainly do a review.

Harrington & Richardson have been making single shot shotguns for a long time, their first in 1893.  They currently produce single shot shotguns and rifles.   There are sold new at a reasonable price but older models can be picked up almost anywhere.  Keep your eyes open and your inner haggler prepared and you can pick one up for a good price.