How It Breaks: Problems with the Bersa Thunder 380

The Thunder 380 is Bersa’s best-selling handgun. It is known for its light weight and extremely compact size, making it a great candidate for concealed carry. It can be found at most retailers for $300 or less – something that adds to its appeal.

The folks at Dave’s Gun and Archery in San Bernardino, CA, used to rent this gun out to potential buyers. They’re in a unique position to see the beginning, middle and end of a gun’s life. 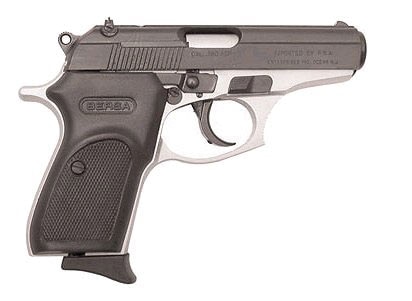 According to the guys at Dave’s, the trigger spring on their Thunder finally wore out after 50,000 rounds (50,000!). Rental guns are run hard and often, though, and that takes its toll. It would likely take a regular gun owner many, many years for their own Thunder 380 to reach that kind of number.

With the trigger spring damaged, the gun would not shoot in a regular firing position. Instead, it prefers to shoot while on its side (gangster style) and actually moving in order to make the hammer fall (see video).

Needless to say, this is not something we see every day; in fact, it was downright funny watching it being dry fired.

There have been other reports of other Thunder 380s failing to feed and other trigger problems, but like this instance, they’re few and far between with the culprit being limp-wristing, crappy ammo, or an actual defective model (which Bersa will more than likely assist if you bought it new).

Of course, to give the gun some props, it has had 50,000 rounds pumped through it, the pistol is broken, and yet still actually fires. That’s really pretty amazing, to be honest. One does not encounter that very often.

Not to say that every Thunder 380 will incur the same exact discrepancy, but more than likely it will function in a strange way after 50,000 rounds. However, don’t let this discourage you from buying a Thunder 380. If you ask me, losing a trigger spring after that much shooting is good for any pistol, much less a cheaper, smaller one. So, although it broke, two thumbs-up for the Bersa Thunder 380.