Gun Review: H&R .22 Sidekick: A hearty gun with a lot of character

When H&R introduced the 929 Sidekick in 1956 it was a most welcomed addition to the company’s catalog. In a six-shot world, the gun’s most appreciated selling point was the nine-shot capacity and the swing out cylinder.

Additionally, the Model 929 has a few more features that I personally really dig. In my opinion, the gun is one of the most practical and straightforward .22 revolvers in existence.

Although Harrington & Richardson no longer lists handguns in their online catalog, the Massachuestts company once made some of the hottest and most popular pistols on the market. 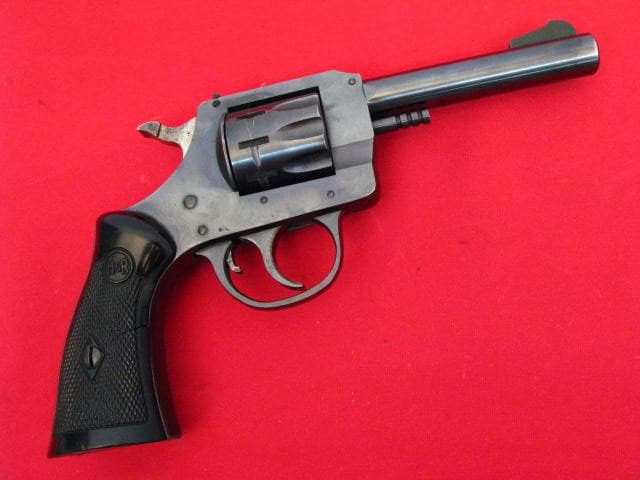 The H&R 929 had several redesigns during the years it was produced. A lot of them for safety. (Photo credit: Gun Auction)

The Model 929 could be had with a 2.5-, 4-, or 6-inch barrel. Of course, the longer the barrel is, the greater the accuracy will be. The 929 in question features the 4-inch barrel and aesthetically it matches the frame of the gun very well at that length.

The gun is a single/double action piece, just like many other .22 wheel guns on the market. The double action pull is long and tight, but smooth as silk. In single action, the trigger breaks consistently with very little effort.

Early Model 929s combined the hammer with the firing pin, which made for a very interesting combination. However, beginning in 1974 the company decided to use a transfer bar design, instead. This design places a steel bar in between the firing pin and the hammer. The design requires the hammer to strike the bar so a spur on the bar will stirke the cartridge. The feature is to prevent accidental discharges if the gun is dropped and it’s effective in doing so. Today it’s a pretty common design. 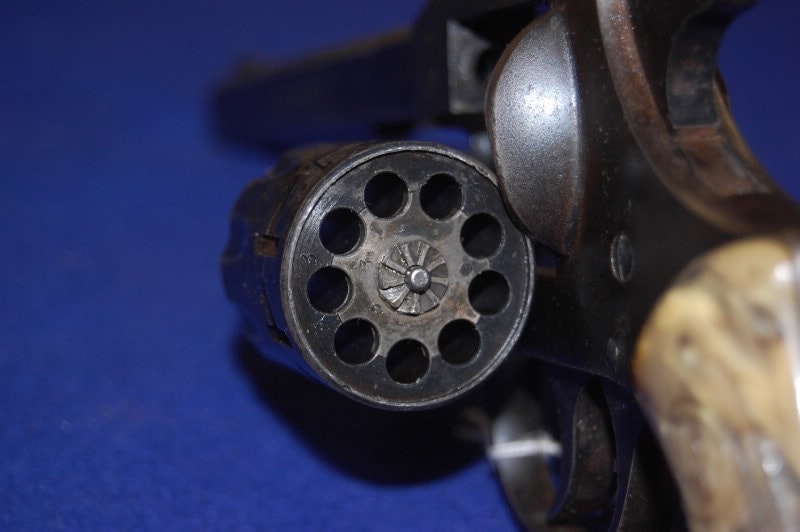 Because of the hefty steel frame and light load, the H&R 929 would be a nice starter pistol, as long as it’s the most up-to-date model. (Photo credit: Gun Auction)

To release the cylinder you have to pull on the ejector rod instead of a side-mounted actuator. To me, that means one less part to possibly fail and one less thing to worry about. And the cylinder opens smoothly and easily.

On earlier models, the cylinder itself just slid off once it was opened, but on models made after 1958, it was redisigned so you had to take the cylinder crane screw out with a flathead screwdriver before you could remove the cylinder. It’s simple enough.

The Sidekick also features a safety rim built into the frame. It’s located just behind the cylinder. The reason for it, is to protect the shooter in case a .22-caliber bullet separates and fails. H&R took this into consideration and built the safety rim as a precaution against possible injury. The only downside to the feature is that you can’t just look into the cylinder while shooting and see how many shots are left, meaning you have to count as you shoot. Boo-hoo.

The gun, which is made of machined steel, is rather heavy and weighs in at around 24 ounces. The weight makes felt recoil negligible. Sure, a .22 doesn’t kick much in the first place, but combine a .22 LR with a heavy-framed wheel gun, and you end up with a very fun and easy firearm to shoot.

The handle on the 4-inch model is well designed and completely adequate for the task it was intended. It comes donned with black plastic, checkered grips that do their job, as well. The rear sight is adjustable from the factory on the Model 929. The rear sight on my gun, though, decided to leave home at some point. The top of the frame is beveled inward slightly and can be used in a pinch. 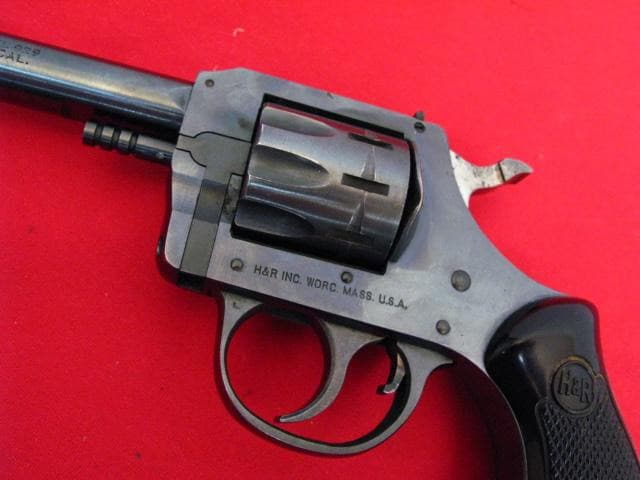 The H&R Model 929 is a great little .22 that is built sturdy as all get out and has a wonderful reputation, and on top of that they don’t cost a whole lot. Most people seem to pay in the $150-range for the gun, and with the sturdy build they tend to last.

H&R is defunct now, so they aren’t putting out any more .22 handguns, which means any H&R you find will definitely be used. The Model 929 ended production in 1986. But it’s a hearty gun with a lot of character and appeal. If you ever happen to come across one at an affordable price, I wouldn’t hesitate on the purchase.