We all know that gift giving is incredibly difficult. Just when you think a friend or loved one really knows you, you unwrap a copy of Stephen King’s 300 page tome, On Writing: a Memoir of the Craft.

You could always buy that certain someone a gun. But people can be so picky. If you don’t know which gun, how would you choose? Any gun is better than no gun, but the legal matters can get sticky. Last thing you need this holiday season is a conviction for making a straw purchase.

As for me, I ask Santa for guns. Rumor has it he has a class 3 FFL, but I have my doubts. With all of the recent attention being paid to Castle Doctrine, I doubt ol’ Fatty is going to be too excited about his annual serial breaking and entering spree.

And I’m on the naughty list, anyhow. Let me remind readers that eggnog and shotguns don’t mix. Even if you think that a reindeer fly-in might combine the best of white-tail and duck hunting, there are consequences for your actions.

On the outside chance that anyone I know might be reading my posts, I thought I might put up some gun related gift giving ideas that can’t go wrong

1. A knife from Bark River Knife and Tool 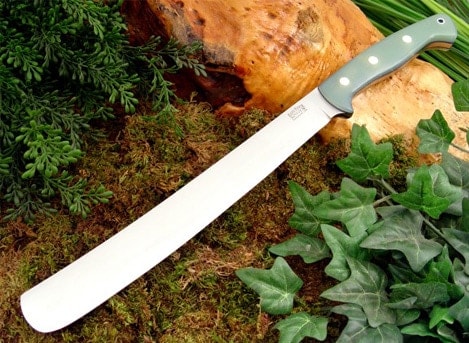 Gun folk tend to like knives, too. And Bark River makes some of the best. They aren’t cheap—their least expensive knives retail for more than a hundred dollars.

I’m partial to the ghost green jade scales on the Golok.

The Golok is a thick bladed chopper. I was out shooting with a friend yesterday and needed to clear some saplings away from where we wanted to shoot. I have an old ratty machete, but I hadn’t thought to bring it. The great thing about the Golok is that it is both big knife and small machete. It fits in, or on, a pack, so it goes with you easily.

And it doesn’t look too tactical. That’s why I respect Bark River so much—they know they make solid knives—no need to posture by making them look like ridiculous movie props. Regular price is $290, but it can be found for around $200. 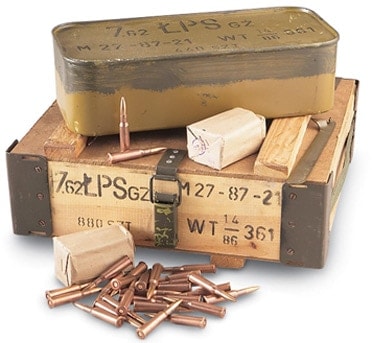 There is something really cool about military surplus ammunition. Opening a Russian spam can is like Christmas. For those dedicated shooters that want to blow through an entire afternoon, but have to work on a budget, bulk is the only way to go. But there are other reasons to go with spam cans; if you don’t ever open them, they last a long time. Decent, non-corrosive ammo sealed in the can will be ready if you ever need it.
And you can wrap up an actual can of the tasty Hormel meat-like substance. Add a little humor and subterfuge to your holiday gift giving. 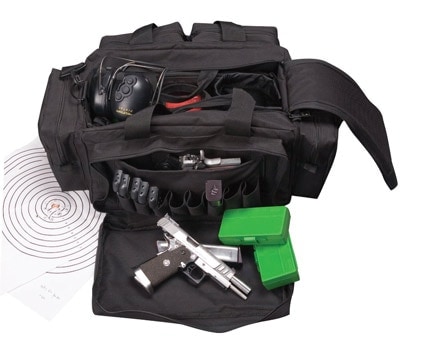 Shooting, at least for me, has become a gear heavy sport. Keeping gear organized is a pain in the ass. I recently shot an Arsenal AK that held its cleaning kit in its stock. But everything else has to go somewhere. While any old bag or bucket will do, 511 makes some classy, rugged bags that are designed for the needs of shooters.
And they look good too. The outside is clean. The insides are organized. One of my friends has a 511 Range Ready Bag and it makes him look like such a professional. I’m always green. At $120 it isn’t cheap, but it’s worth every penny. 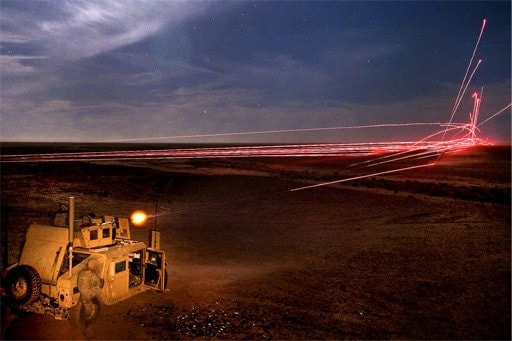 This one may be much less practical, but much more fun. Most old-school tracers are hot. These little gems are not. Yet they still glow red.

When I was a Boy Scout, I went camping at Camp Blanding in Florida. I don’t remember much of that trip, but I do remember watching the soldiers’ shooting M-60s at night. The incendiary tracers slipping down the range was oddly hypnotic.

Tracers exist so a shooter can watch a bullet’s path. While I don’t have much tactical use for this sort of training aid, they are still fun. 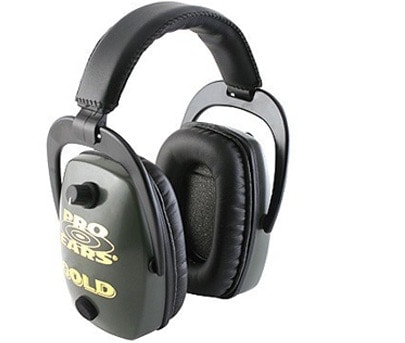 As long as I’m daydreaming, these dudes are my next must-have acquisition. I’ve been shooting with some very basic ear protection all my life. I only recently had the privilege of borrowing a pair of Pro-Ears. The Rolex of hearing protection. They took me a little while to get used to. The amplification was so acute that I was distracted by every little noise. A 747 at more than 30,000 feet sounded like it was going to land on top of me. But the opposite end was just as incredible. I still haven’t figured out how they work—someone must have sold their soul to the devil.

But what do I care? I put them on and I held a conversation while shooting. Simply brilliant.

Good luck and best wishes with the holiday shopping. I hope this list spurs some great ideas. And no matter what you wind up buying or giving or getting, remember what’s behind the gift. Remember those you love, and why you love them so. And if you see St. Nick, or any of the Saints, put in a good word for me.

Looking for Christmas gifts for the gun enthusiast in your life? Check out these tactical stockings.