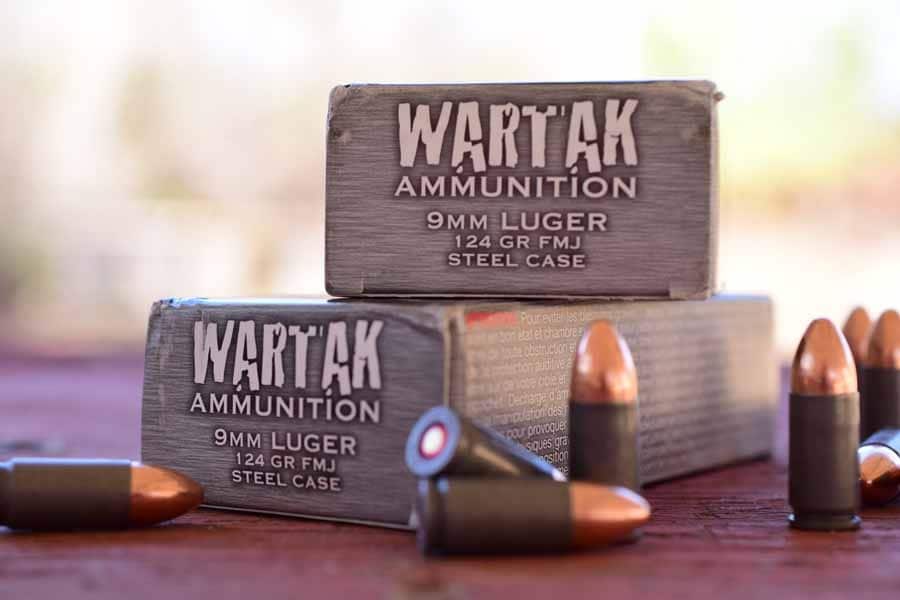 Cheap 9mm that works? Pinch me (Photo by: Jim Grant)

The ammo drought isn’t quite over and prices are falling, but it’s still hard to find quality 9mm. Oftentimes, people buy out the cheapest 9mm so quickly that shooters only have defensive rounds to choose from, which is too costly for most people to regularly practice with.

The price of ammo didn’t change how often I hit the range, but it did affect what I shot. My Tokarev TT-33 and my P-83 WANAD replaced my 1911 and Glock 17, not because these guns are any better or worse. Simply put, 9×18 and 7.62×25 were so cheap before the panic, I already had a decent stockpile. During this time I neglected practicing with my go-to competition pistol, the Glock 17, and it showed in 3-Gun performances.. This changed when I discovered WarTak, an inexpensive 9mm manufacturer relatively unheard of, and widely available.

Center Mass Firearms in Las Vegas imported a huge amount of WarTak 9mm from the Ukraine, hoping to restock their shooting range. The ammunition runs great, even in their short submachine guns. However, since no one has heard of it, nobody is buying it. When the owner of Center Mass asked me to check out the ammo to generate awareness, I was happy to help (and shoot free ammo).

The primary function of most cheap ammunition is plinking. To make sure the 9mm WarTak worked in several common guns I ran it through a Glock 17, Stingray-C (CZ-75 clone), Hi Point carbine and a SIG 239. I experienced no failures. The recoil was a little stout in the pistols, but not any more so than standard NATO spec 9mm ammo. 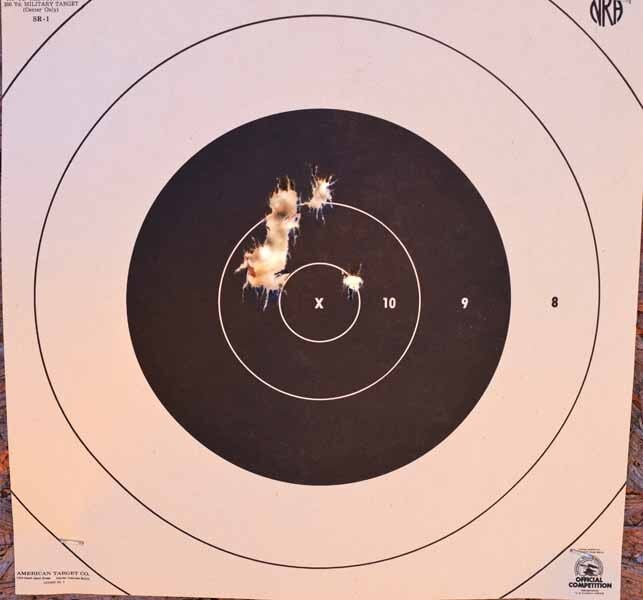 Accuracy was good enough for plinking, but suffering in consistency. Sometimes the groups would climb up and left when the gun heated up, other times to the right. In other words, accurate enough to stay on paper, but not on par with offerings from Federal, Hornady or Winchester ammunition.

Overall the ammo is a solid purchase for the cash-strapped and ammo-deprived shooter alike. 9mm isn’t easy to come by and many of the cheaper varieties won’t run in some guns. In my experience, WarTak ammo doesn’t run dirty, doesn’t cause failures and most importantly it’s cheap and available.