Occasionally strange bedfellows make for great company: salt and vinegar, watermelon and feta cheese, and a long barrel on a small frame revolver. Admittedly, the target market for the new Ruger LCRx seems very small since few individuals want their concealed carry piece to be larger.

So, who exactly should buy the LCRx, a compact revolver with a full-sized grip and 3-inch barrel? 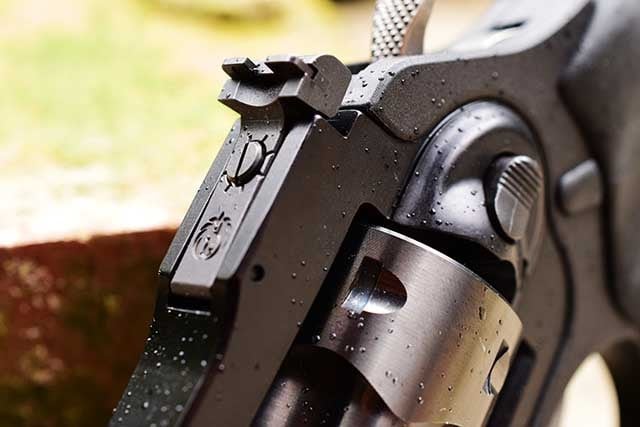 My first thought was simply, Ruger fans. The die-hard core of Ruger aficionados would buy Ruger Super Blackhawk in .22 short, just to round out their collection. It wasn’t until I was about to put my Smith & Wesson 686 in a leather shoulder holster for a long hike, that I made the last minute decision to try out the full-sized featherweight Ruger.

Deciding to take the hardest trail on the mountain gave me 15 miles to evaluate the LCRx’s carry-suitability. I had intended to keep a detailed journal on the polymer five-gun to recount in this article, but that never happened.

Why? The Ruger LCRx is so light I forgot I was carrying a gun. Criticize that statement all you want. When you’re 10 miles out in the bush it’s easy to lose focus on your gun and concentrate on not falling off a cliff and other trivial nuisances. 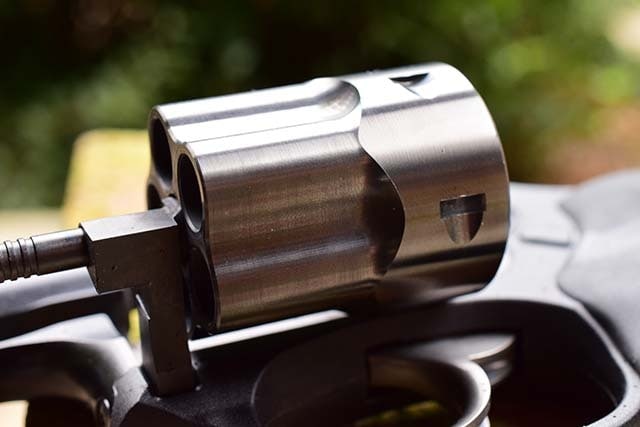 Ruger went out of their way to make the LCRx as light as possible. They even fluted the cylinder. (Photo: Jim Grant)

After returning home to a much-needed steak and eggs dinner, I further pondered the LCRx’s role. Flipping through an old American Rifleman magazine from the 1980s, I saw an ad for Smith & Wesson’s model 317 kit gun. That’s when it struck me. The Ruger LCRx is this generation’s kit gun.

Purists will scoff at the idea, but given the price of .22 LR or .32ACP, and the .38 Special round’s lack of penetration it makes perfect sense. Few other centerfire calibers can effectively stop attackers while having little to no risk of overpenetration in the woods.

Having found the little polymer revolver’s purpose I set out with 400 rounds of .38 special and laid waste to some paper foes. Reliability is nearly flawless, with a handful of cowboy reloads sticking in the cylinder until convinced to leave. The LCRx is easy to reload with speed loaders, and slightly more troublesome by hand. Although it does get easier with practice. 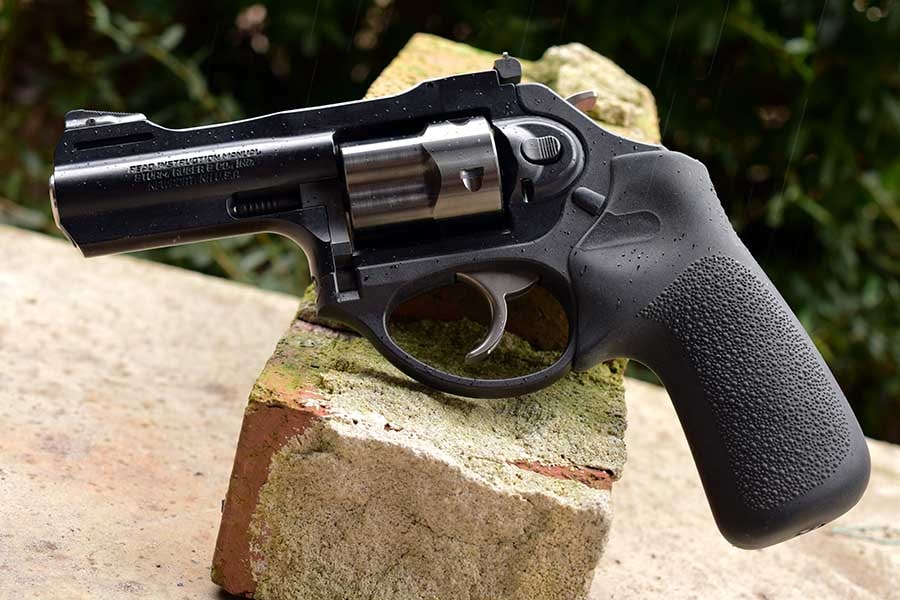 The Ruger’s polymer frame is impervious to the elements. (Photo: Jim Grant) 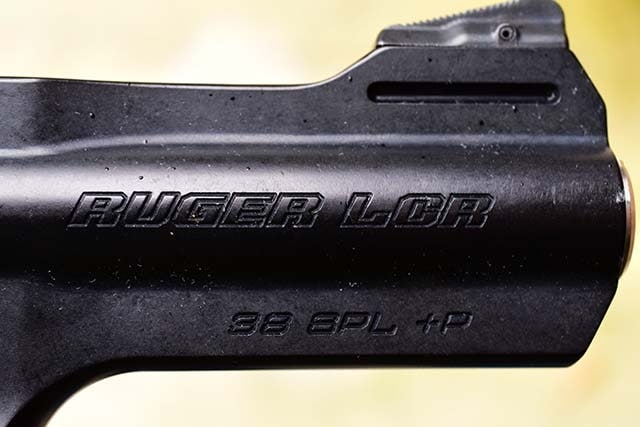 All the rounds tested had slightly different points of impact. On a gun with fixed sights a shooter would have to memorize a holdover spot or permanently modify the existing sights. Thankfully the unconventional addition of adjustable iron sights on the LCRx allows shooters to dial the gun in for their chosen round. Even the front sight of the LCRx can be changed out by driving out a roll pin that secures it to the barrel shroud.

Recoil from the LCRx is more stout than most shooters would expect from such a large pistol, but this is due to lightweight and great balance of the revolver. The LCR weighs a scant 15.9 ounces unloaded and it’s center of balance is just above the trigger guard. This makes for a quick-pointing, easy-to-carry setup, but does little to mitigate recoil. Thankfully the LCRx ships with rubber Hogue Tamer monogrips that are roughly 30 percent larger than the grips on a standard LCR. 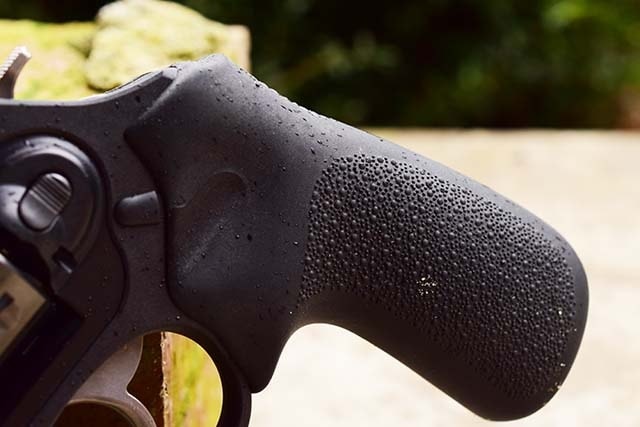 These grips pull double duty; not only reducing felt recoil, but also giving a shooter better leverage over the trigger. Speaking of which, this trigger on the LCRx is miles better than either a standard LCR or a post-lock Smith & Wesson J-frame revolver like my hammerless Model 442.

Retailing for $529, the Ruger LCRx is on par or below the cost of competitive designs from Taurus or Smith & Wesson. It won’t replace either my SIG P938 as my daily carry gun or my Glock 17 as my nightstand weapon, but it’s not designed to.

Where the LCRx truly shines is in the role of trail gun. It offers shooters a center-fire alternative to the .22lr-saturated kit gun market. It may have more recoil and hold less ammunition, but its .38 Special chambering gives it a tremendous selection of effective ammunition choices for any manor of defense scenarios.