Preview of the carabiner flashlight prototype the 'ITW GrimLight' 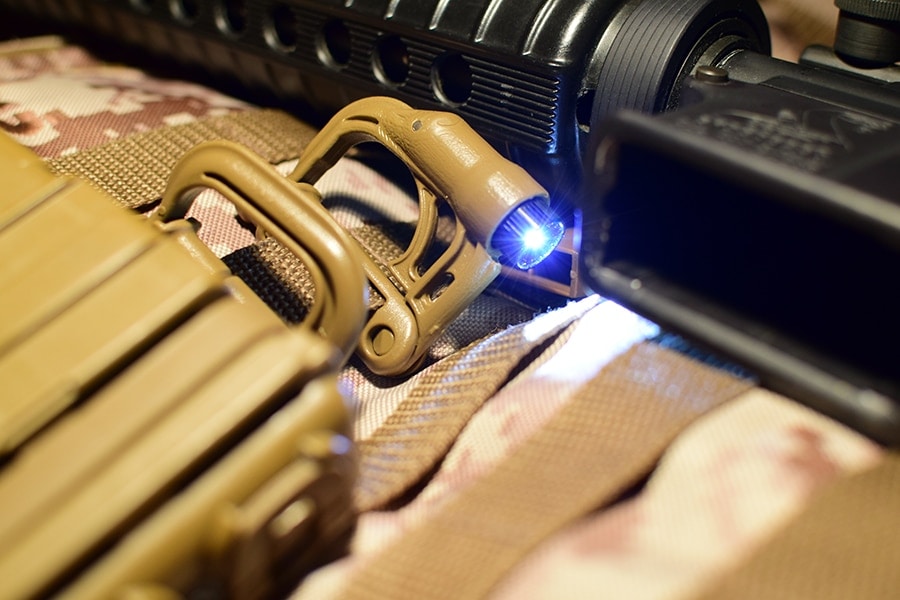 Brings light exactly where you need it: on your gear. (Photo by James Grant)

While ITW Nexus’ newest prototype sounds like Skeletor’s diet beverage of choice, it’s no laughing matter. ITW has been designing and building fastening devices for the military for years; none as ubiquitous as its Grimloc carabiners.

The Grimloc is crafted from high impact polymer and replaced the U.S. military’s metallic carabiners similar to those in wide use by mountain climbers and granola lovers. The Grimloc’s biggest advantages over ordinary carabiners is the lightweight material it’s constructed from and its breakaway feature that prevents snags.

The Grimloc’s polymer construction is invaluable to troops in the field because a bullet impact to it will not fragment into secondary projectiles that could cause additional damage to the person wearing it, unlike common metallic carabiners.

The GrimLight takes all of the features of the Grimloc to the next level. The only way you could lose something secured by a carabiner would be in total darkness. The GrimLight solves that problem with a built-in Streamlight bulb accessible with a twist of your fingers that brings light exactly where you need it: on your gear.

The GrimLight is in its conceptual phase and has not been put into production yet.

Whether you’re a survival junky or a Staff Sergeant, you’ll find a use for the GrimLight on your gear.