Kahr CW9: A carry gun you’ll want to shoot at the range

It seems that these days, everyone is looking for a thin lightweight 9mm heater to hide in a pocket or holster. And anyone who’s spent more than three minutes looking at their concealed weapon options will know that the choices are almost endless.

Way back in 1995, Kahr introduced the K9, a small steel-frame 9mm that was thin, but, at 25 ounces, was too heavy to be a good carry option. Kahr replaced it with the polymer-frame P9, which has the same dimensions as the all-metal pistol, but is lighter at 16.9 ounces.

As the Kel-Tec PF-9 and the Ruger LC9 hit the shelves, the Kahr P9 found itself to be way too expensive, sporting an MSRP of $739. Kahr then began a value series of their pistols and introduced the CW9 in 2006 with a competitive MSRP of $485. 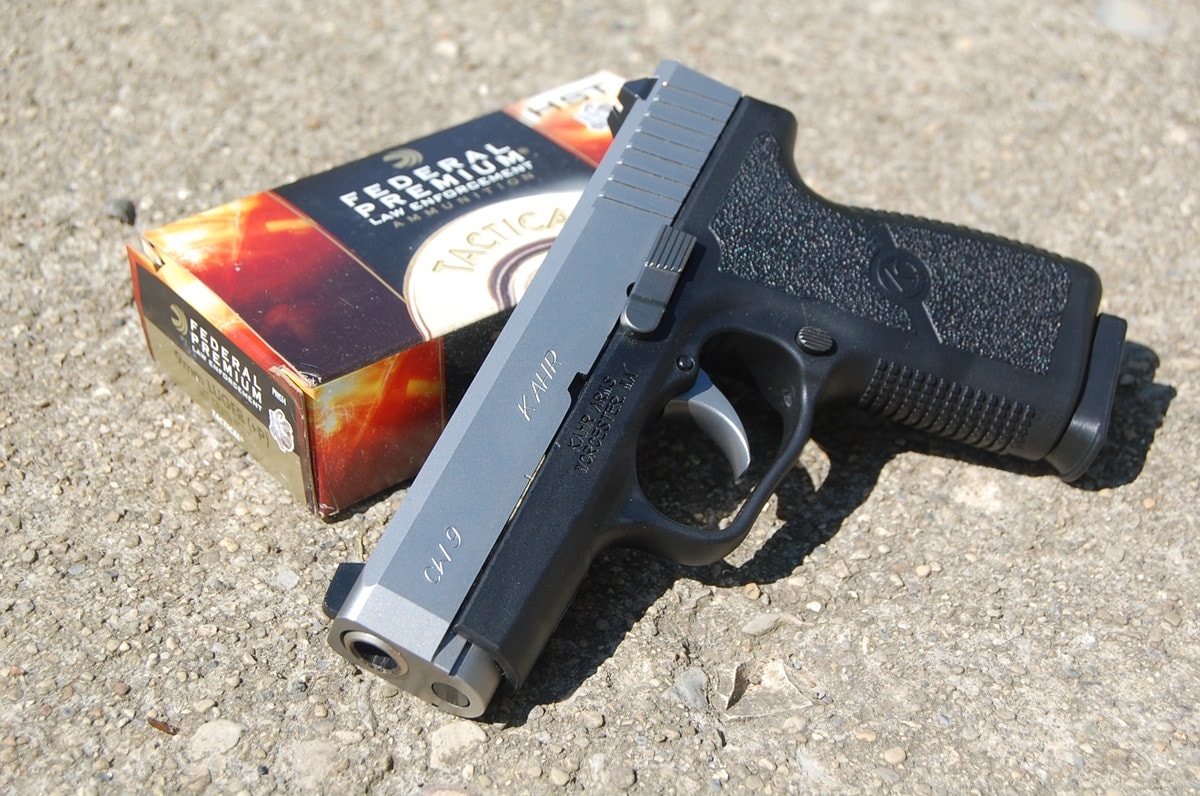 The Kahr CW9 is an all natural beauty. (Photo by Matthew Fote)

The four differences between the CW9 and the more expensive P9 are the rifling, slide engraving, magazines, and front sight. The cheaper gun has traditional rifling compared to polygonal rifling. The CW9’s slide is plain compared to the P9’s fancy engraving. The CW9 comes with one magazine compared with two and the more expensive pistol has a dovetailed front sight whereas the cheaper version’s sight is pinned. The buyer can decide for him or herself if those features are worth the $254 difference in price.

The CW9 (17.7 ounces and 0.9 inches wide) compares closely with Ruger’s LC9 (17.1 ounces and the same 0.9 inches). Smith & Wesson’s M&P Shield is slightly larger in both dimensions (0.95 inches and 19 ounces). As for reliability, I’ve fired about 200 rounds and everything has fed smoothly — from aluminum-cased ball ammunition, to both 115- and 147-grain Remington Golden Sabers, Gold Dots, and Federal HSTs. Obviously, 200 rounds isn’t a torture test, nor is it a true test of reliability, but it’s a good start.

The gun handles recoil from all these cartridges well and I haven’t experienced any of the “snappiness” that some reviewers mention. My hands are small and I’m not a great pistol shooter, but I’m able to get all my fingers on the grip and control the CW9 reasonably well. The gun balances well in my hand and settles down nicely for follow-up shots. Something that helps this is Kahr’s unique sight picture with the bar-dot sights. It feels almost as natural as using an aperture — that rear sight seems to always be right where you need it. 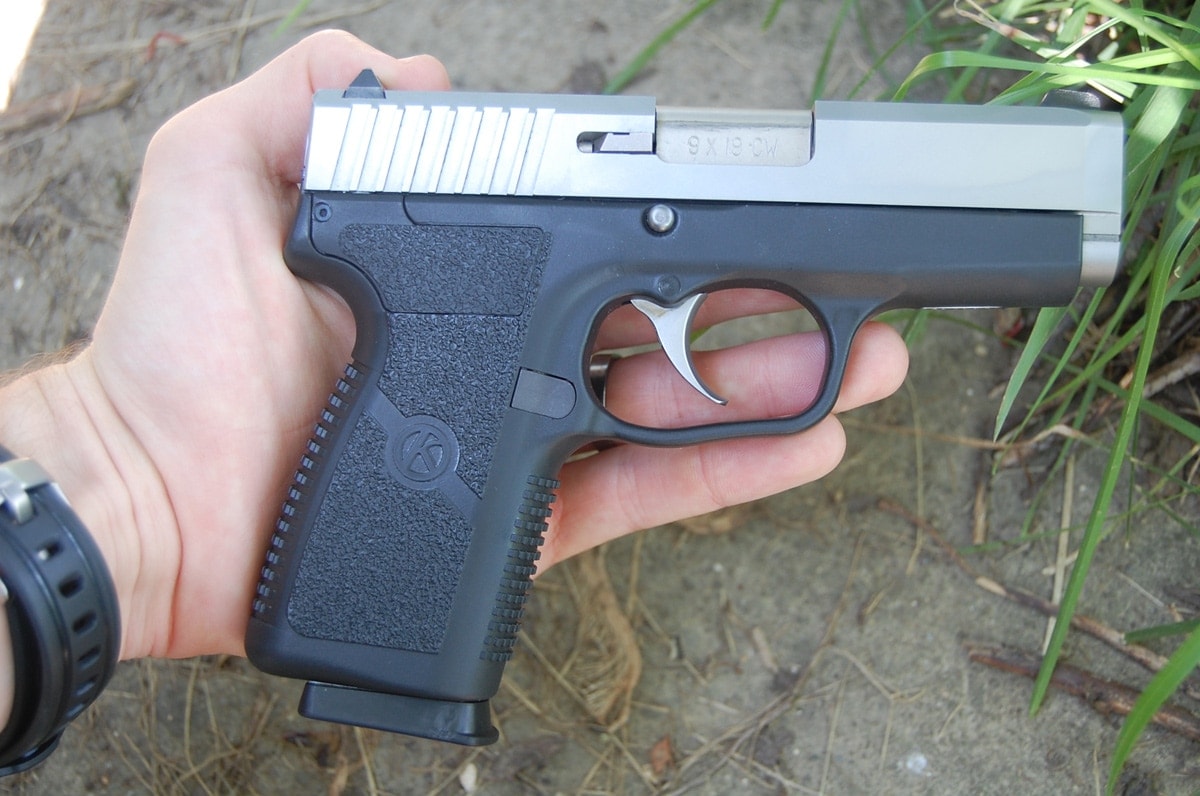 Because the gun doesn’t have a safety switch, the loooooong trigger pull acts as a safety. But the trigger is smooth and once you get used to (it took me about two magazines to figure it out), you’ll love it. Another characteristic of the trigger that gets negative press is the reset. Once you fire, the trigger must be let out almost all the way for the trigger to reset, preparing you to take another shot.

When finished shooting, the pistol is very easy to field strip and clean. All the shooter must do is pull back the slide, push out the slide stop lever, and ease the slide forward and off the frame.

There are a few improvements I’d like to see addressed on the CW9. First, the gun ships with only one magazine and additional magazines are expensive. Second, while the grip is generally comfortable, the backstrap tends to hurt my palm after shooting it more than 50 shots. Smoothing it down with sandpaper or an aftermarket grip sleeve would solve this issue. Third, the recoil spring is incredibly stiff, making racking the slide difficult. I could change out the spring for a Wolf aftermarket replacement, but I don’t know how that will affect the pistol’s reliability and Kahr won’t officially recommend any spring other than the one that comes with the gun.

All told, I like the Kahr CW9. Shoppers who are looking for a versatile pistol — something to shoot at the range and conceal as an everyday carry — should take a look at this pistol. For someone who doesn’t mind the stiff recoil spring and the aggressive grip texture, this thin and lightweight package is a strong contender in the single-stack 9mm market.