Kahr: Do the PM9's Features Justify Spending $200 More than the CM9? 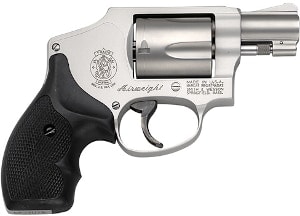 Kahr deserves a lot of credit for modernizing the sub-compact pistol.  There have always been little guns, it’s just that there, for a long time, weren’t many good little guns.  Honestly, for decades, the de facto backup, off-duty, or concealed-carry pistol was the J-frame revolver.

There have been a few companies dedicated to quality concealed-carry pistols, like Walther and SIG, but guns like the PPK and the P232 are usually chambered in .380 AUTO or .32 ACP.  By taking some proven design principals, like polymer frames and striker-fired double-action-only triggers, and combining it with very low-tolerance, high-precision engineering, Kahr was able to develop firearms which would go on to set the standards for deep-concealment pistols chambered for high-performance centerfire cartridges. 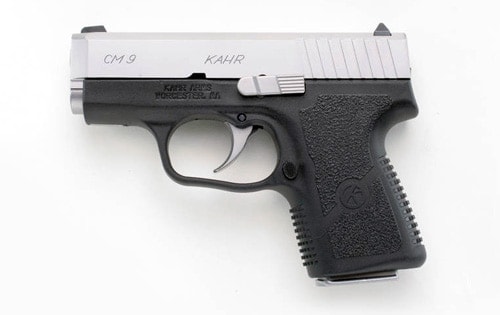 Their guns command a high price because their designs are so heavily over-engineered.  That being said, they have a lot more competition in the single-stack sub-compact market then they did in 1995.  When your average Kahr starts over $600, and with a few costing as much as $1000, it’s no surprise they’re getting stomped on by other manufacturers who have since developed competing products, like the newly-released Beretta Nano we just reviewed.

Not standing still, Kahr produced the CM9.  A derivative of the PM9, the CM9 manages to sit on shelves priced $450 or less (about $200 off the PM9’s price).  How do they do it?  Well it’s more than just including one fewer magazine.

It’s a handful of little differences, really.  The CM9 slide is simpler, with less machining necessary to turn out its less complex design.  The slide is also engraved, as opposed to Kahr’s other guns which are roll-marked.  The slide stop/takedown lever is metal-injection-molded, not machined.  Machined parts have a higher ceiling for wear, but also just look nicer.  The sights are made of polymer, not metal.  And quite possibly the biggest difference is the barrel.  Instead of the PM9’s match-grade polygonal rifled barrel, the CM9 uses a looser, traditionally-rifled barrel. 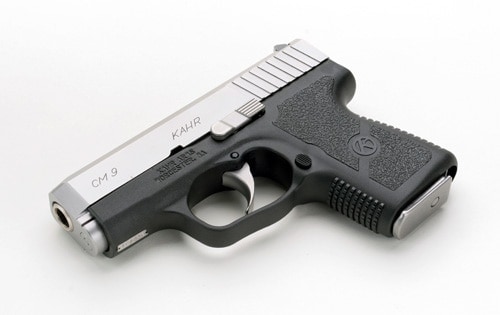 All in all, these are changes that you might not ever have noticed; the price difference on the other hand, makes a significant difference.  Besides, no matter how much money and engineering you put into a single-stack sub-compact pistol, it’s going to be on the hard side to shoot, aim, and handle.  When we reviewed it, we found it to be more than adequate, though.  Here’s what we said:

“The CM9 has no external safety.  It does have an internal safety that keeps the gun from firing unless the trigger is pulled.  The trigger pull is reasonable something over five pounds.  And like most DAO striker fired pocket rockets, this trigger has a mile to go before it hits home.  The first few times I pulled, I kept waiting for the trigger to catch.  And pulling back, and waiting, and pulling.

“Don’t get me wrong it is designed this way.  These pistols are intentional weapons.  The long pull is a form of safety.  It would be difficult to envision a situation that would allow for this trigger to be pulled accidentally.  That it seemed like an unreasonably long trigger pull to me just means I haven’t put enough rounds through it to get used to it.

“The gun carries well.  It shoots straight.  While the single stack six round magazine limits the firepower, it beats that of most small framed .38s.”

The truth is that this kind of gun doesn’t need a match-grade barrel.  You’re probably not going to do a lot of competitive shooting with it, and even if you are, we’re betting the sub-MOA improvement that a match-grade barrel offers isn’t going to be all that important in backup gun games.  It does need more than one magazine, and we’re not alone in thinking that.  It will also need a good cleaning and breaking in, with a hundred or two practice rounds.  And honestly, it’s a carry piece.  Put some night sights on it. 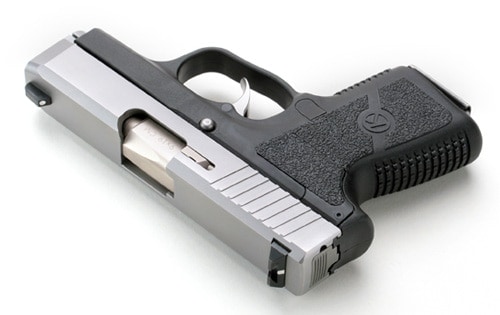 The CM9’s cost-saving measures don’t affect the gun’s function or purpose; they just leave you with ammo and magazine money, and if you’re not interested in the near-cosmetic improvements of the PM9, there’s almost no reason to pick it over the CM9.