Ah, now the Kimber Eclipse Target II and the Kimber Custom II are what 1911s should be.

I say that after having had the pleasure of shooting a number of Kimber 1911s over the years and I must say that I have always been impressed with the quality and accuracy of these guns.

There’s a good reason why Kimber is one of the top manufacturers of the 1911, and why their guns are used by both law enforcement and premier target shooters: they produce a very high quality gun, with plenty of different options, and are made for different purposes. While they’re not cheap, they’re not out of reach for someone wanting a quality handgun either.

The two I’m using as an example for my argument — the Kimber Eclipse Target II in .45 ACP and the Custom Target II in 9mm — have different chamberings, but during our Ballistics By The Inch tests we found that these guns actually perform quite comparably, despite the Eclipse has a few more nice touches over the less-expensive Custom model. 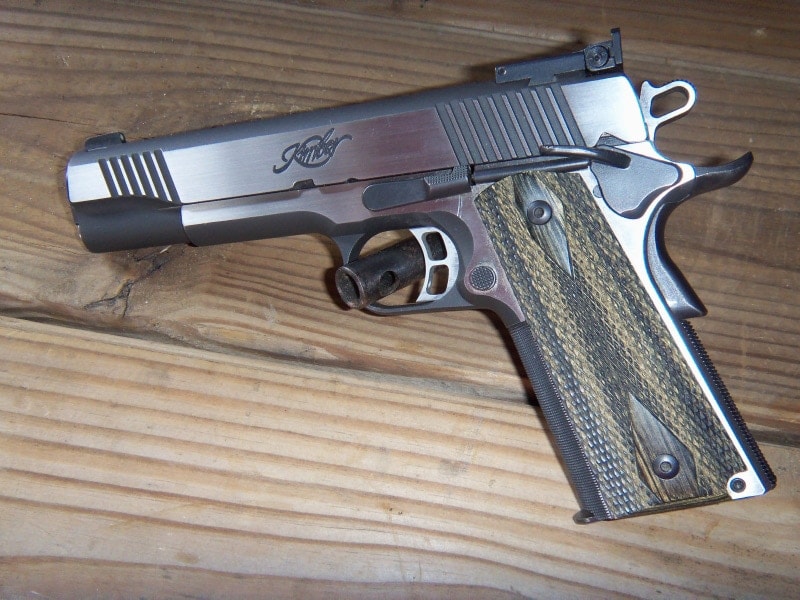 Here’s what we’re working with…

The Eclipse Target II is an excellent take on the classic 1911. It features match-grade barrel and bushing, a premium match-grade trigger (factory set to a 4- to 5-pound pull), and their fully adjustable “Meprolight Tritium bar-dot night sight.” It has an extended beavertail, which I prefer on a target 1911, front and back strap checkering, and very nice laminated grips. Fit and finish of all parts is top of the line.

As noted, the 9mm Custom model is much the same, though it lacks the tritium sights (though the standard adjustable target sights are very nice, too), it only has checkering on the back strap, and the grips are the standard synthetic style. Also, the trigger is just “match-grade” aluminum. Fit and finish is as good as with the more expensive model. 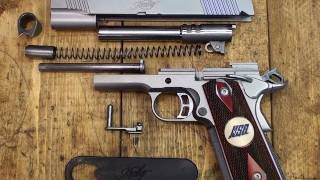 Although I didn’t chronograph the Eclipse, I did get chrono the Custom for our 9mm tests. I was impressed to see that across the board the Kimber did as well out of a 5-inch barrel as did a SIG 210 out of a 6-inch barrel, and performed significantly better than the Korth with a 5-inch barrel. Yet, it’s easy to read too much into comparing velocity numbers between guns, but nonetheless I think this speaks highly of the engineering of the Kimber.

Shooting both guns was a joy. They are very well functioning guns, and neither had a lick of problems with any of the ammunition used (however, there are plenty of reports from owners online saying that the 9mm is prone to extraction problems with some ammo).

Like any good full-sized 1911, recoil is very manageable even shooting +P loads. Both guns were easily more accurate than I was out to 25 yards. Although I do prefer a target 1911 to have a fairly light trigger, the factory setting wasn’t bad at all and the triggers were smooth and crisp.

As noted, the fit and finish on both guns was quite good. I prefer the laminated grips on the Eclipse, but that’s a personal thing and it is easy to swap out grips as you see fit. Likewise, I like the brushed stainless finish over the matte black, but again that is just a preference — I think both are quite good and they seem to hold up well. 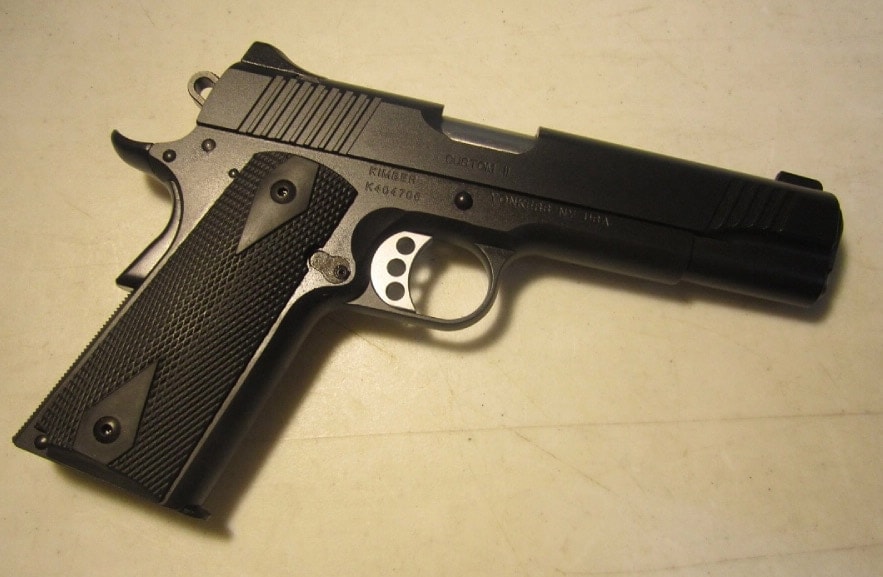 While Kimber states that the Eclipse is “ready for competition, carry or personal defense right out of the box” I certainly don’t think of it as a carry gun, not with the target sights and the extended beavertail. For a home-defense gun to keep in your nightstand? Yeah, sure– the bar-dot sights are well suited for that. But I wouldn’t carry it.

Same goes for the Custom, though there it doesn’t have the tritium sights, which may make it useful for home-defense. Consequently, I’d either swap out the sights or just consider it a gun for the range/competition. But nothing wrong with that.

So, yeah, they’re good guns, and particularly well suited for their intended use. There’s a good reason why Kimber is one of the top manufacturers of the 1911, from .22 to 9mm to .45. Give one a try if you get a chance.