Looking for .22 LR? Keep an eye out for Gemtech

The stack of Gemtech Silencer Subsonic was right behind the counter, on a shelf that is purposefully out of reach.  It’s where they’ve taken to putting any .22 LR that happens through.  The shelf isn’t large.  And it is empty almost all of the time.  If there is ammo to sell, they will only sell a customer one box of 50.

But there were several of these beautiful orange boxes one the shelf.  “What’s that?” I asked.

“Subsonic,” the clerk said with a note of derision in her voice.  “Why?  You want some?” 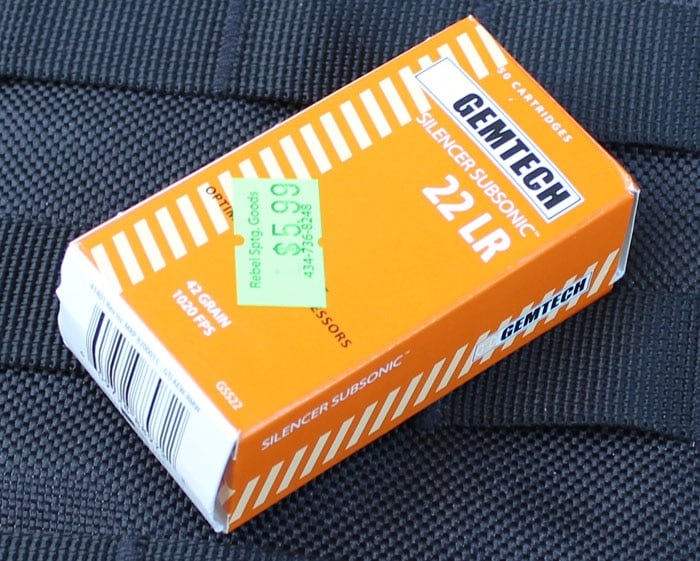 This was a tricky question.  The way she stressed the word want made it seem like she was questioning my IQ.   And yes.  I did want some.  I was going to buy anything she’d sell me, but this was Gemtech rimfire ammo.  How bad could it be?

Why doesn’t anyone want it?

I’m still scratching my head over this one.  I live out in the sticks.  My neighbors know more about bolt action rifles and shotguns than I will ever know.  But the silencer, as a philosophy, hasn’t really caught on in this neck of the woods.  These same folks that are just as desperate for .22 LR as I am had been turning their noses up at perfectly good rimfire ammo. 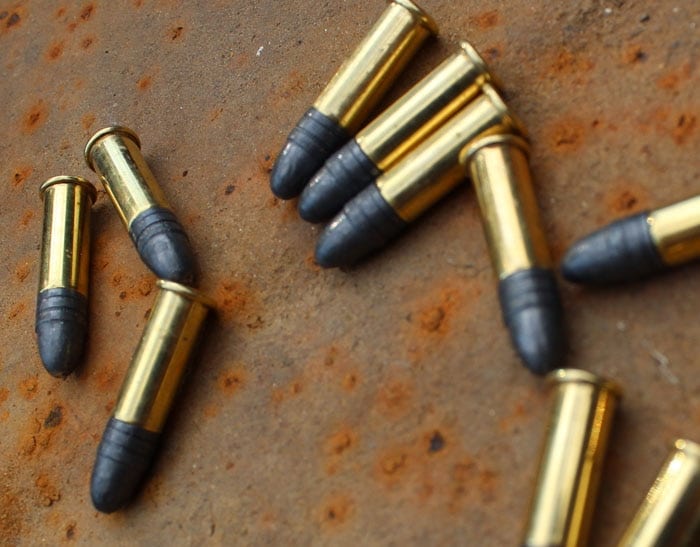 They see the word subsonic and assume it means super slow.  They don’t think it will cycle the bolt on their Ruger 10/22s, or on their pistols.  But it will.  At 1,020 fps (give or take a little depending on the length of the barrel), the round has enough gas to cycle a bolt, but not enough to produce a really sonic crack.

In truth, this round is very close in its performance to standard velocity CCI.  The CCI has a muzzle velocity of 1,070 fps, just 50 fps faster than the Gemtech.  And there’s only a two grain difference between their weights.

The Gemtech ammo was specifically designed for use with suppressors.  The unplated lead bullets have a slick wax like coating that helps with feeding.  The 42-grain bullets are just a bit heavier.  The extra weight allows for slightly harder hits and it also helps to ensure that they won’t break the sound barrier.  While I’m not versed on the specifics, Gemtech says the powder is formulated to burn more cleanly.  All of these things are benefits for rimfire rifles, I’d think. 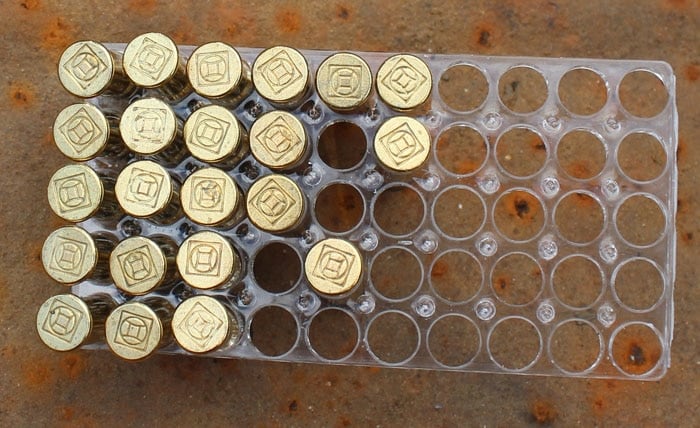 I tested it in a Ruger 10/22, and a Browning Buckmark Camper.  From 40 yards with a Leupold Rimfire scope on the 10/22, the Gemtech turned in 10-round groups that averaged 1.2 inches.  The best was right at an inch.  It was very consistent.  I ran through more than 300 rounds and I only had one that zipped out fast enough to make that sonic crack.  Just one.

The rest worked exactly as advertised, or at least they stayed just slow enough to remain subsonic. 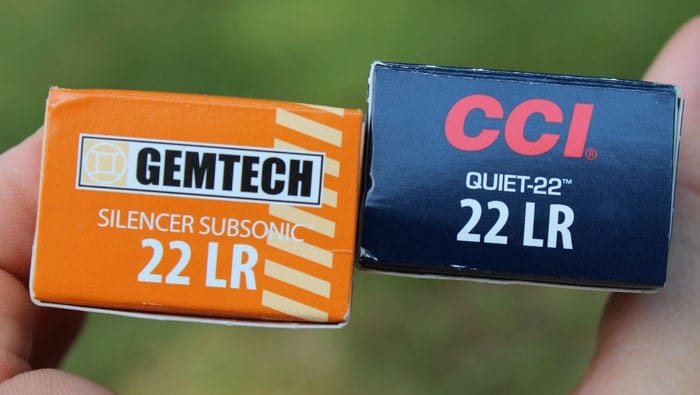 Compared to other quiet .22 LR, it has the distinct advantage of cycling an automatic.  I had some CCI Quiet 22 in that I hadn’t shot up completely.  At 710 fps, the 40-grain bullets travel much more slowly.  You can actually see them in flight if you watch against a contrasting background.  The Quiet 22 is more quiet.  But it won’t cycle an automatic.  And it certainly doesn’t hit as hard.  I have absolutely no complaints about the Quiet 22, and it is my choice for suppressed bolt action .22 LRs.

I can’t believe anyone passed on the Gemtech.  It compares favorably to the CCI — and it should.  CCI is making the Gemtech Silencer Subsonic for Gemtech, to their exacting specifications.  The quality we all know and expect from CCI is clearly apparent in the Gemtech. 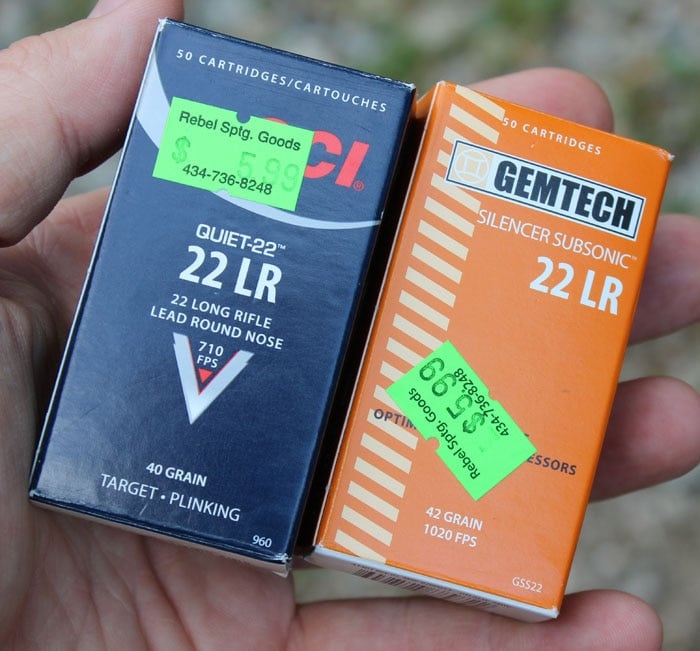 If you’re looking for ammo for a suppressed rimfire, the Gemtech  would be a good choice.  If you are hunting up rimfire ammo in an attempt to end the shortage, don’t pass on the Gemtech.  Gemtech is selling the ammo on their website for $6 a box.  If you buy in bulk, the shipping won’t hit you as hard.  It is available on their site now.  Right now.  But when it sells out, you’ll have to wait until they get more in.

But if you see these orange boxes on the shelves at your local gun store, they just might be willing to cut you a deal.  And if you don’t see the orange boxes, I’d complain.  Get them to order some.  While we can’t back-order ammo, dealers can.