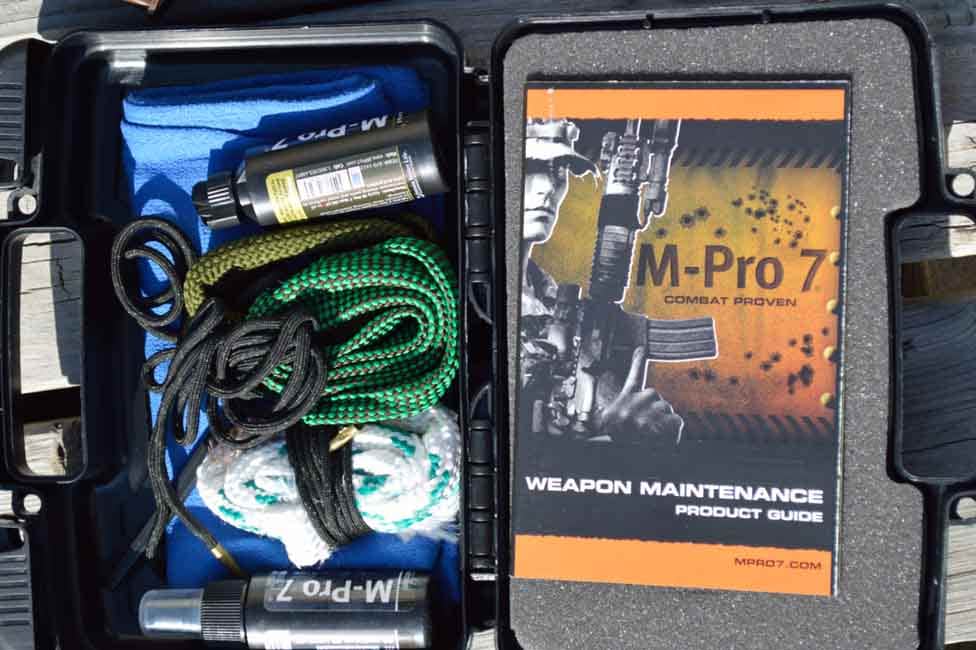 What comes in the M Pro 7 3-Gun cleaning kit (Photo by: Jim Grant)

Sweltering heat + torrential downpours + guns and ammo – gun caddies  = my most recent 3-gun competition. I can’t say my last 3 gun competition was my favorite, but I can say that the M-Pro 7 Tactical 3 Gun Cleaning Kit kept my Glock 17, 870 Wingmaster, and BCM A4  running flawlessly.

For those of you that don’t know, 3-gun is a sport where competitors move through various of stages and terrain utilizing a pistol, shotgun, and rifle. Some stages require the use of one firearm and some stages require the competitor to transition between firearms. Targets may consistent of steel, paper, clay, bowling pins – basically any object the match organizer deems target worthy. Points are awarded on a measure of speed and precision. The winner is the fastest shooter to accurately hit the most targets, excluding designated “no shoot” targets. 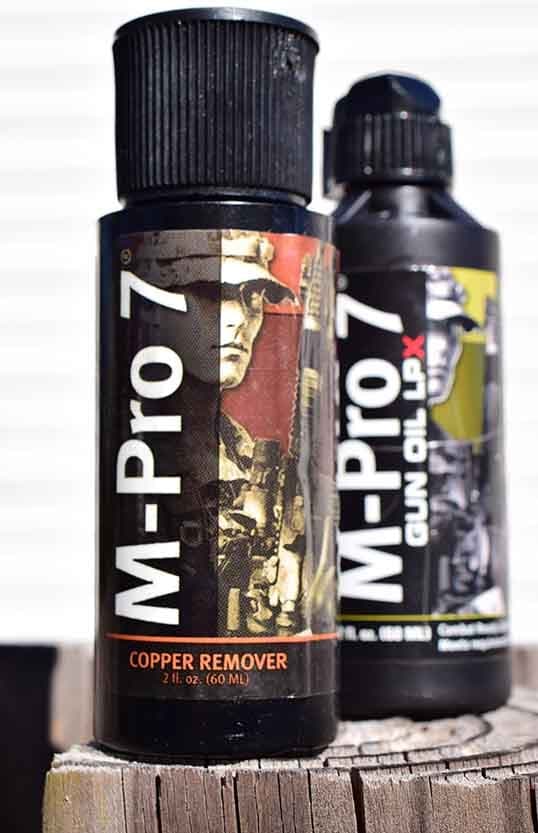 The two most important parts of the kit (Photo by: Jim Grant)

My most recent match took place in the worst shooting conditions I have competed in. The weather could not decide between mist, rain, or oppressive sun. I honestly don’t know if the guns would have functioned properly in such harsh conditions had I not cleaned them with the M-Pro 7 Tactical 3-Gun Cleaning Kit the night before the match.

I lightly cleaned and lubricated my weapons of choice with the M-Pro7 Gun Cleaner, M-Pro7 Gun Oil LPX, and the included BoreSnakes. Normally I clean with brass wire brushes, because I personally feel they are the best tools for getting the funk and gunk out of a barrel after a rigorous day of shooting. Since it was a light cleaning, I used the BoreSnakes and I must say I was pleasantly surprised with the ease of use and the resulting cleanliness. Call me superstitious, but another reason I use BoreSnakes in lieu of wire brushes is so I don’t tamper with the rifling on the barrels.

The first thing I noticed was the smell; there was none. Normally I clean with Hoppe’s, the smell would permeate the house, upsetting the wife. She can’t stand the smell of Hoppe’s and can’t comprehend why anyone would want to buy an air freshener of it. But I digress, the M-Pro7 line of products are also non-toxic, non-hazardous, biodegradable, non-flammable, environmentally safe, and made in the USA.

Typically, I am very careful with my firearm cleaning supplies. However, if on the offset chance I leave them out, it makes me feel better knowing that they are non-toxic. If an animal or child gets a hold of a dirty rag it might taste bad, but it’s not lethal. 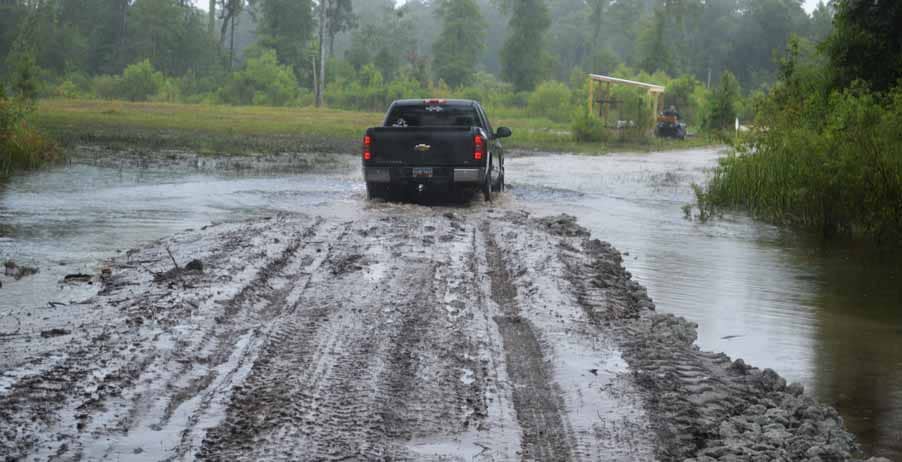 These are the conditions I tested the product in (Photo by: Jim Grant)

I was worried that the pouring rain coupled with bouts of intense sunshine would impede the M-Pro7 Gun Oil LPX I had applied, but for the duration of the match I had no weapons malfunctions whatsoever. Which is impressive, considering I was using my grandfather’s hand-me-down Remington 870 Wingmaster from the 1960’s.

After the match was finished I did a fast Gun Oil LPX wipe-down of my firearms to try and displace some of the water to prevent corrosion. Then I threw them in the back of my car, drove home, and promptly forgot about them. Cleaning them probably slipped my mind for about two weeks. Nevertheless, upon close inspection there was no rust build up or damage to the guns at all.

The M-Pro 7 Tactical 3 Gun Cleaning Kit claims that it “reduces weapon maintenance time by 80%”. I’m not exactly sure what that statement entails so I can’t endorse or deny the claim.  I can tell you that cleaning my firearms has become considerably faster, a great deal easier on the nose and my wife doesn’t avoid me like the plague after I finish cleaning my guns.