M1 Carbine: The collector's item you can actually use

The M1 Carbine .30 caliber made by Winchester. The receiver was produced between February to November 1944. (Photo credit: Fernwood Armory)

Like many people my age, let’s just say late 40s, the first semi-automatic rifle we learned to shoot was the M1 .30 Carbine.  With over 6 million produced for service and semi-auto versions sold to civilians through the Civilian Marksmanship Program, it is no wonder the .30 Carbine is still in widespread use as a sporting rifle today.

Just before World War II the Ordinance Department began development of a “light rifle” for use by non-infantry troops typically, engineers, artillerymen, signal corps, MPs and headquarters personnel.  The objective was to give these troops more firepower at greater range than the M1911 or M1917 .45 ACP pistol yet still not saddle them with the weight and size of the M1 Garand rifle.  The result was the M1 .30 Carbine. 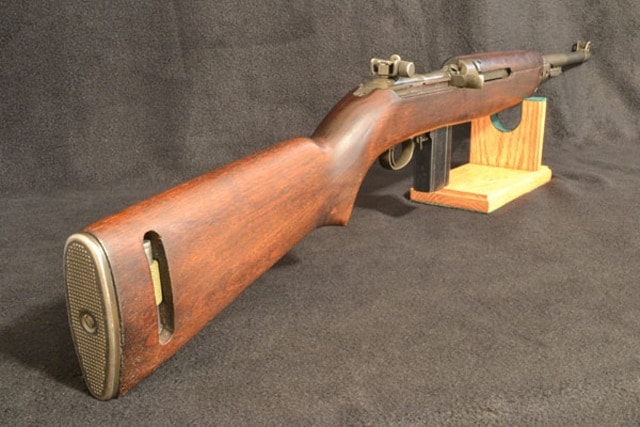 At just over 5 pounds and only 35.6-inches overall the rifle was also used by paratroopers and Marines.  It’s lightweight, small size and intermediate cartridge made it possible for these troops to carry a lighter weapon and more ammunition, necessary for the type of operations carried out by these troops.  The first flag-raising picture at Iwo Jima in fact shows a U.S. Marine holding an M1 Carbine.

The .30 Carbine also saw action in the Korean War and in the early stages of Vietnam.  Reviews of the weapon’s performance in combat are mixed from sufficient to inadequate.  There are reports of the weapon not cycling in extreme cold weather and the .30-caliber round not being effective against heavily clothed North Korean and Chinese troops.  Despite it’s shortcomings the rifle remains in service today with some police forces in South America.

A good varmint and instructor rifle

I first shot my father’s .30 Carbine as a teenager.  The weapon was easy to learn and fun to shoot.  The light weight and small size makes it easy for young people and women to handle.  Unlike the AR series the .30 Carbine has a traditional rifle stock (no handle).  This allows it to be used as a teaching platform for younger shooters before they move up to bolt action higher power rifles.  The magazines for it come in 15 or 30 round capacities.  Being semi auto, young shooters can learn how to quickly reacquire a proper site picture after each round contending with a very slight amount of recoil.  It is a good step up from a .22 and one that should be mastered before firing say a 30-06 or 7mm Remington Magnum. 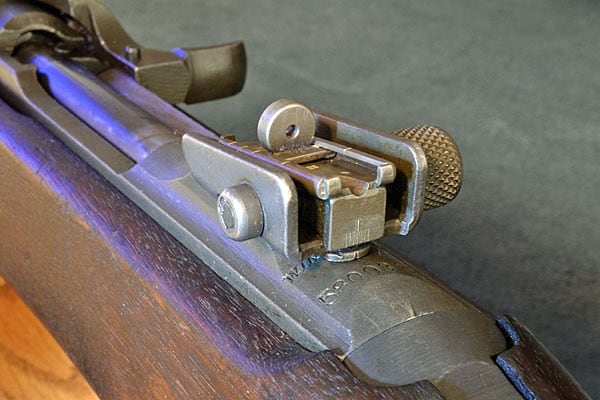 The M1 Carbine was designed to fire a .30 caliber round nosed 110 grain FMJ round.  With a muzzle velocity of just over 1,900 fps is not the fastest round.  There are some brands of ammo that boast a slightly higher muzzle velocity, but so far I have stuck to what I know with this rifle.

While the rounds cost a bit more than .223, keep in mind the .30 round weighs almost twice as much as the .223.  They also do not have the characteristic tumble of the .223 after they hit.  The round has a range of up to 300 yards but there is significant bullet drop past 100 yards.  This makes for more penetration and a larger entry hole.  If you are looking for something to take down coyotes or small whitetail deer at close range then this round will do the trick.

The style and function of an M1 Carbine are close to that of Ruger’s Mini 14.  While I like the Mini 14, the .30 carbine weighs about 1 pound less, is a little more compact, and fires a larger round.  At the time of this review magazines and ammunition for the .30 carbine are easier to come by than those for the Mini 14.

If I was looking for good penetration and mid range power at distances out to 100 yards then I would choose the M1 .30 caliber carbine.  It is a time-tested weapon that functions well and holds its value.  While it may not look as modern as today’s AR platform it will put a bigger hole in the target than a .223 and do it in “old school” style! 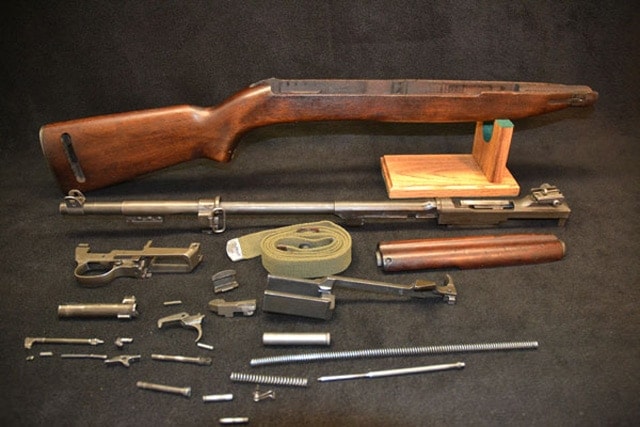 If you happen to see an old M1 .30 Carbine for sale at your local gun store or gun show it is one rifle worth adding to your collection (make sure it’s in good shape, of course).  Recently I have seen some sell anywhere from $500 to $2,000 depending on the condition. Other than just collecting a piece of history it can be used as an intermediate teaching tool for young shooters, a close range varmint rifle, or just a fun semi auto to blast away with.