ITW FastMag keeps mags where you need them 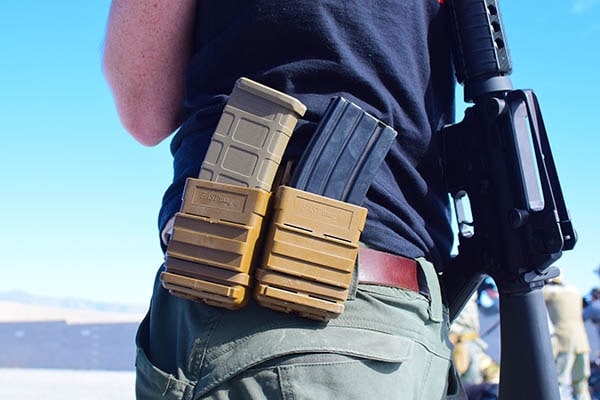 ITW Nexus is a 5-year veteran of the weapons and military accessories market with the majority of its products concentrated on the former. In my endless search for better equipment I came across their site advertising FastMags, rifle magazine carriers for 5.56mm STANAGs and .308 magazines. Unlike traditional fabric carriers that only assist with retention, ITW’s FastMag aids in magazine retrieval as well, by keeping the majority of the magazine above the carrier’s walls.

I’ve used some Kydex products before and while adequate for certain makes and models, they offer very little versatility in terms of customization. The FastMag, on the other hand, offers three levels of tension and can mount on MOLLE carriers and standard belts. I utilized the STANAG carrier for a rifle training course at Front Sight, where they served me completely. I had no issues with them, even when assuming a prone position. 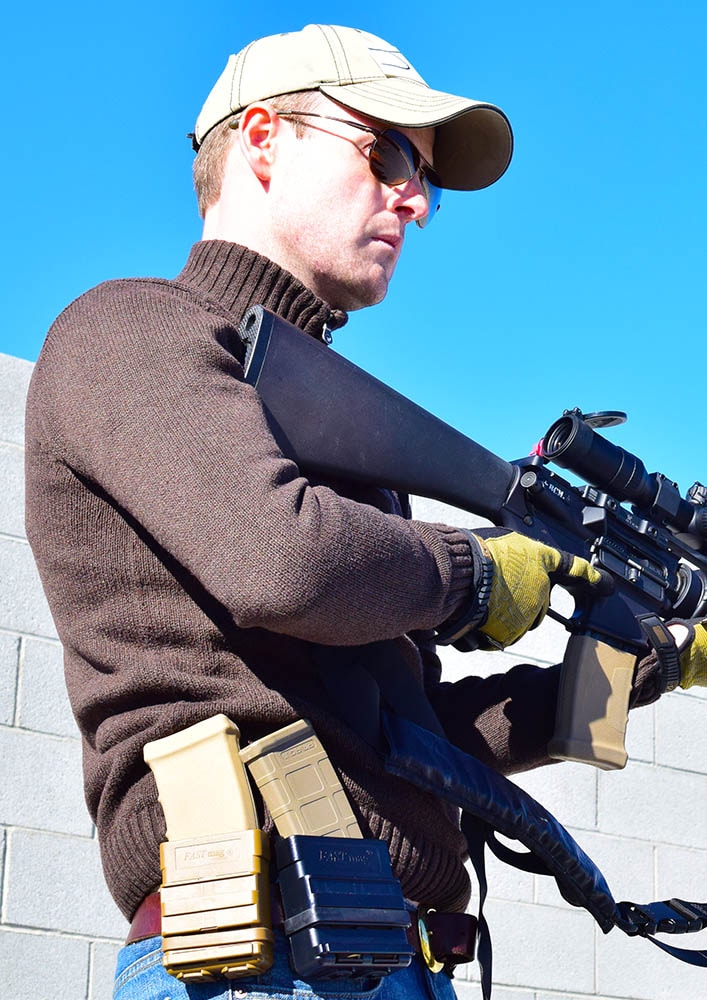 FastMag’s can attach to either MOLLE straps or a belt. (Photo by Jim Grant)

I also loaned a couple of carries to fellow shooters, all of whom had positive experiences. However, there was one shooter who wished the FastMag rode a little lower on his waistband because he kept hitting his elbow on the carrier, granted, he was shorter than me. I could see this being a problem for the vertically challenged, but this was not an issue I experienced.

To test the FastMag’s retention ability I did some jumping jacks and very ugly handstands with loaded magazines and they remained in place. Given, this was on the second tightest setting. The loosest setting might cause your mags to free fall, as with all things, test them thoroughly before you rely on them.

The FastMag retails around $30 and are nearly indestructible. I accidentally discovered this fact when I tossed my Pelican case and 2,000 rounds of ammo on top of an empty one. It was scuffed, but not cracked or bent.

If you are seeking a durable rifle magazine carrier that features tool-less tension adjustment and is perfect for competition, look no further than ITW’s FastMag.