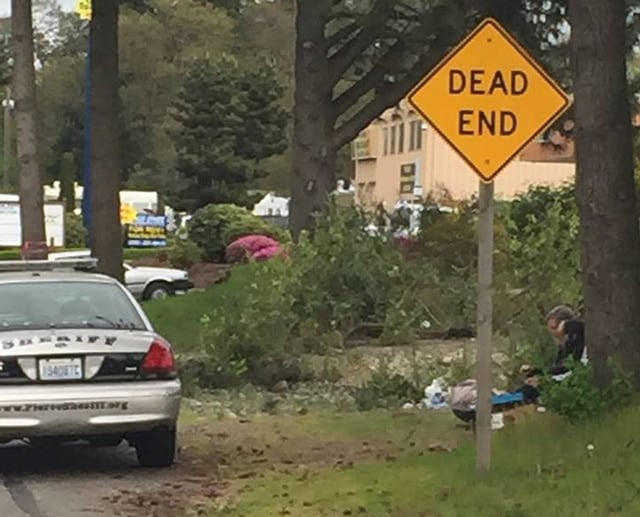 Darren Ballard Sr. posted the photo on his Facebook page with the caption: “Just saw this cop having a sandwich with a homeless guy in the cut wanting no attention just doing a good deed….there are good police officers out there people this made my day please share!!!!!”

And the photo was shared. In fact, it garnered over 31,000 shares from his page alone and the story has since been picked up by several local media outlets. Subsequent posts indicate Ballard’s appreciation for everyone sharing the photo.

As for those in the photo, according to Det. Sgt. Ed Troyer, spokesman for the Pierce County Sheriff’s Department, the deputy, who did not wish to be identified and has been dubbed “Deputy Anonymous,” said he made contact with the homeless man and when asked if he was hungry, the man replied yes. So, the deputy simply sat down and shared his lunch with him. The two talked about the man’s needs and apparently the deputy helped to arrange housing for him, which he will receive next month.