Gun Review: The SGL31, or 'The poison bullet-slinger' 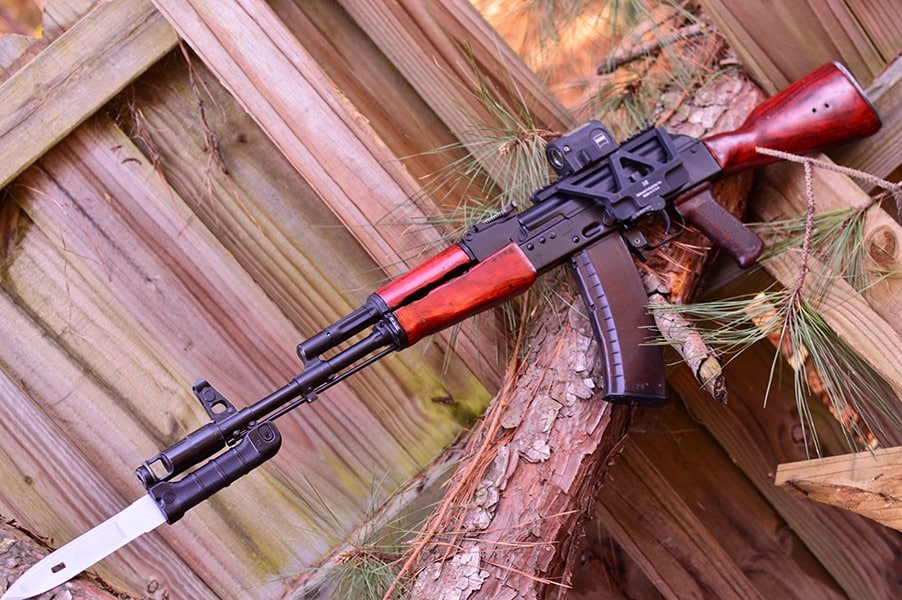 SGL with my recently destroyed fence. (Photo by Jim Grant)

As an aspiring AK expert with only a couple years experience, I had shied away from the .22-caliber cousin of the famous Red Army assault rifle. Not because I thought the round was anemic or that I bought into the whole stopping-power myth, but because I already had 7.62×39 magazines by the truckload and could replace them for very little money.

I’m no sharpshooter by Costa, Miculek or Corporal Furlong’s standards, but anything within 300 yards is dead meat if I have a decent rifle in my hands. This said, the best I could ever squeeze out of any 7.62×39 AKM was around 3 1/2 minutes of arch (MOA). Sure, that’s 9 inches at 300 yards, but most human foes are at least that wide. I just assumed this was the limit of the platform and decided that if an AK could shoot 5 MOA it was combat effective and good to go.

I had no interest in any marginal gain from shooting an AK-74 civilian variant and its high velocity round, until political issues forced an ammo crisis I was ill-prepared for. A few days into the whole madness, while desperately looking online for ammo deals, I noticed one caliber’s price hardly moved at all: 5.45x39mm. Specifically the corrosive surplus 5.45 known by the cryptic moniker, 7N6. The so-called poison bullet from the Soviet Afghan wars of the 1980s.

Instead of weighing out whether or not I should invest in a new ammo type for a gun I didn’t own when ammo was at an all-time high, I went all in. I picked up three cases with 2,160 rounds each for a gun I didn’t have. In other words, I bought nearly 7,000 rounds of ammo on a whim. It paid off when I saw a gentleman on a forum I frequent looking to trade a new, in box, SGL31 for a SIG 556. I adored my SIG, but switched to my BCM AR15 for all .223 work for the last couple of years. It was a no-brainer. We exchanged information and sent our rifles off to one and other’s FFL dealers.

When the 74 clone showed up at my FFL the first thing I noticed, as any newbie to the 74 platform would, is how similar it is to regular AKs. Without a magazine inserted, most Arsenal AKs look identical, except for caliber and model markings on the side. Once I got home I decided to pick up a few extra magazines from the net since I only had three. That’s when I noticed the first substantial difference from 7.62 AKs, the price of mags. Gone are the days of $10 magazines. The cream of the crop, the Bulgarian Circle 10 magazines, are $35 a piece. Rather than buy them at such a high price, I took into account that all high capacity mags were scarce and traded my unopened PMAGs for a dozen 74 mags. When the magazines arrived I loaded them up and left for the range to zero the rifle.

My standard zeroing method is shoot and check with a spotting scope and paper target. Upon satisfaction with the groupings, I will further check the zero by shooting bowling pins at 100, 200 and 300 yards. The pins at 100 are a joke to all, but the worst AK rifles. Pins at 200 yards are difficult and not a sure shot with most 7.62 AKs, unless a scope is used.  The 300 yard pins are a game of chance with Vegas odds. Utilizing surplus 5.45 ammo in an SGL31 with a Meopta ZD scope attached, I managed to makes hits at 300 yards about 60 percent of the time. While not up to AR-15 standards, I was shooting 17-cent rounds. Needless to say, I was very happy with these results.

The ergonomics on the SGL31 are akin to most AKs, not human-friendly, but manageable. The safety selector requires the shooter to remove his shooting hand from the pistol grip and magazine changes are substantially slower than an AR-15. I find the included Tapco G2 trigger smooth, for an AK, and without any trigger slap. The sights are meant for those of us who don’t need glasses. Thankfully, putting optics on an AK is no longer an exercise in futility. Both Arsenal and Midwest Industries make side rails for the AK, so you can mount whatever you like on your favorite Soviet lead-slinger. 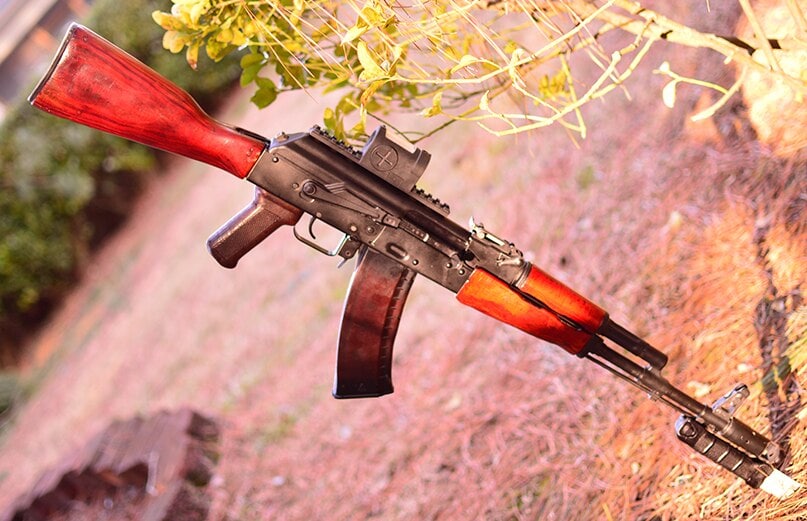 SGL with red dot and bayonet, what more could you want? (Photo by Jim Grant)

Like all good AK rifles, the SGL31 runs like a top. In my 2,000+ rounds of testing I experienced one failure. I was practicing a Spetznaz reload with a commercial magazine and as I utilized the famed Spetznaz reload. When I used a fresh mag to forcefully dislodge the empty one, the feed lips cracked and spilled ammo across the range floor. This why I use commercial magazines for range use and milspec for hard use.

Ammo for AK-74s has increased in price since it was first imported, but it’s still very affordable, provided you realize that you must clean the rifle after every range trip to prevent rust from the corrosive surplus ammo primers. For shooters on a tight budget, a little extra cleaning isn’t usually a big deal.

When I was younger I had an abundance of time, but certainly not money. If this situation sounds similar or if you just want to try something new that won’t break the bank to feed, the SGL31 might just give you the AK fix you need.