Back when I thought I was invincible, I would run a chainsaw for hours with no ear protection.  I have even had a couple of really stupid moments where I have shot shotguns and pistols, including my old .357, with no ear plugs.  If that wasn’t enough, I spent most of my teenage years with headphones on—blaring loud music.

Now, in my mid 30s, I don’t hear all that well.  And loud noise is one of my most pervasive occupational hazards. So I’ve been looking for some serious ear protection.

To date, I’ve been relying on a basic set of passive protectors marketed by Winchester.  I like them well enough that I have three pairs.  Part of this is so that I can readily have others shoot with me.  Part of this is due to the fact that my five year old boy likes to wander off with them.

But the Winchesters are really basic ear muffs.  They’re rated at a 26 on the 30 point scale.  That isn’t insignificant, but it isn’t the best.  I often came away from long days (at the range, especially) with a headache from the noise.  Granted—the noise wasn’t deafening, but the repeated thumping takes a serious toll.  Recreational shooting used to be fun… 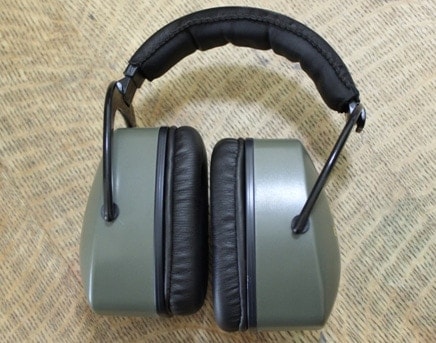 The label on the Pro-Ears box has some fine print to help you understand the numbering system.  “The range of noise reduction ratings for existing hearing protectors is approximately 0 to 30.  (Higher numbers denote greater effectiveness).”

The Pro-Ears Ultras are rated at 33.  It is something like the Marshal amp in Spinal Tap that goes up to 11.  Embrace the mystery.  And wear these earmuffs if plan on rocking out at 11. 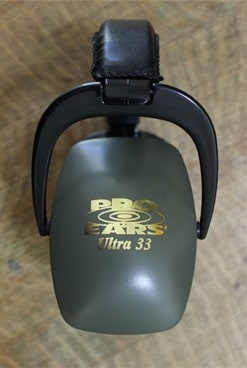 I wore these at a recent practice of my college’s shooting team.  I stood around for two hours while five young men blasted clay out of the sky.  At the end, after several hundred rounds fired in rapid succession, I took off the muffs.  Nothing.  No dull throb.  My ears were fine and my head felt great.

These are perfect for big bore shooting.  I’ve been shooting a lot of .308 recently.  After shooting with the Winchesters and now with the Pro-Ears, I have all the proof I need.  And I wore them when I put more than 500 rounds of .45 ACP through a Ruger 1911.  No worries.

The Pro-Ears are more expensive.  They sell for somewhere around $40.  For me, that is entirely worth it.

For the tactically fashionable, they’re available in a variety of colors—black, white, olive, pink, orange, camo…

If I were to pick out a complaint, it would be that these things are big.  But they have to be.  I like to wear hats.  A good, tight fitting baseball cap works, but anything else has to go.  No big deal.

They work.  They work better than anything else I’ve ever tried.  When combined with earplugs, they cut out even more noise.  I’m sold.  You’ll see me wearing Pro-Ears from now on—and it isn’t a product placement.  It’s a new found brand loyalty.