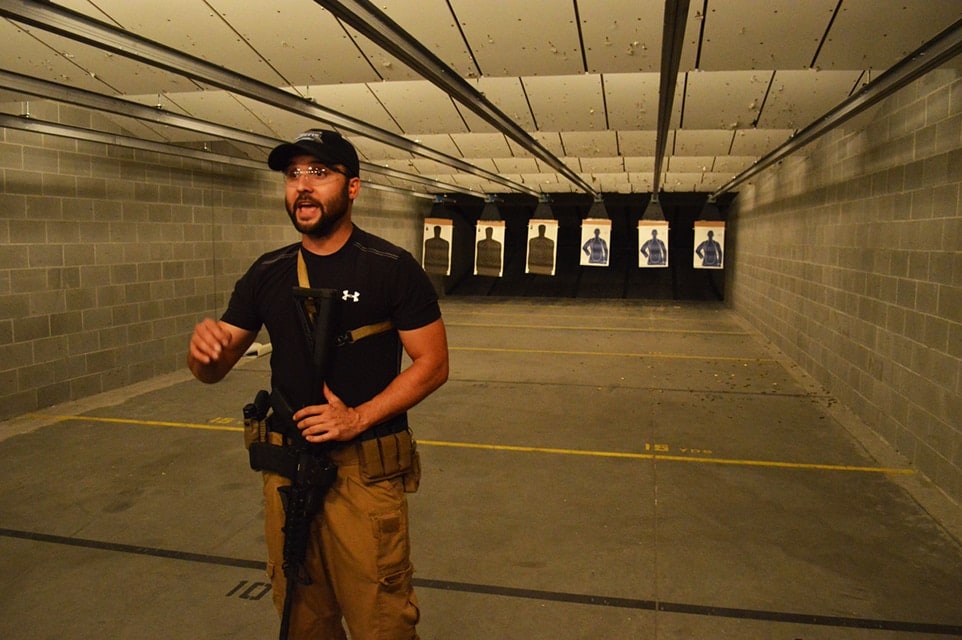 One of the most important things to do when you’re first getting into shooting is to gain a solid foundation to build on. If you have two years of experience shooting like an 80s action hero you’ll have a much harder time relearning good habits than someone who is just starting out. Reading books or watching videos on YouTube could, potentially, be useful, but nothing beats trigger time. When I found out that Palmetto State Armory was starting to teach classes a mere hour from my city, I knew I had to check them out.

As I digitally thumbed through the PSA training course catalog I came upon what I thought would be an ideal class for my review. It’s an area that I’m quite familiar with: carbines. As a fairly experienced guy I figured I should register for the Carbine Operator Class, Level 2. That was mistake number 1.

Even if you believe you are experienced, PSA’s courses are not very expensive and a solid foundation is a very important component to understanding more complex concepts. While I was able to keep up with the class I felt that I would have grasped concepts better, had I previously attended their Carbine Operator Class, Level 1.

At the time of attendance, PSA’s range was purely indoors and as such only brass-cased ammo may be used. I disagree with the policy but its their range, their rules. I optimistically brought my SGL-31 AK74, a rifle that I have thousands of rounds of trigger time with, and a backup M4orgery that I had about 300 rounds through. Since I only had steel case ammo for the SGL-31 AK74, I used the M4orgery. This was mistake numero dos. 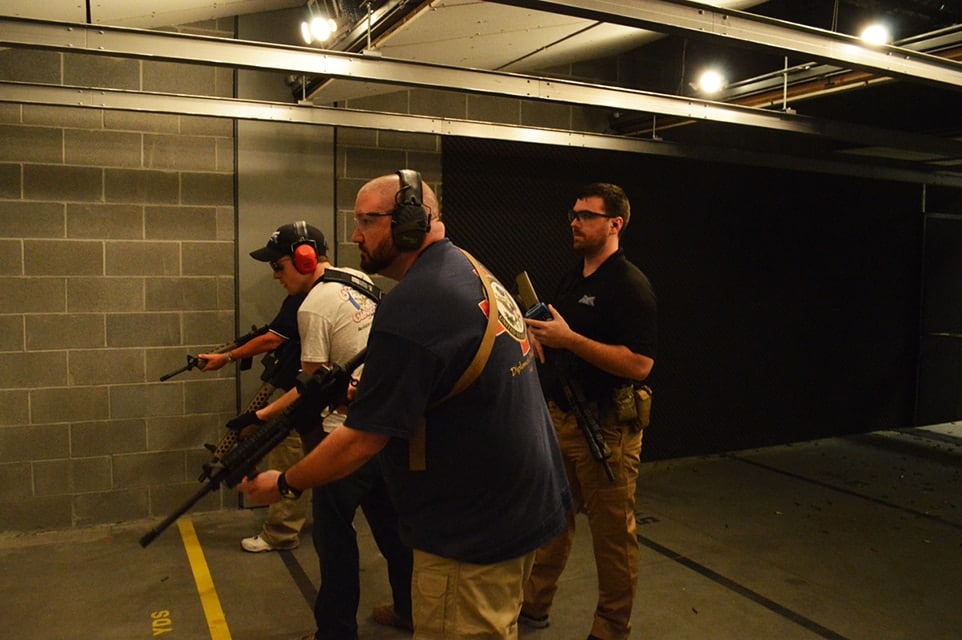 If you’re going to complete a training course of any type, practice with what you will actually use. Countless times in CCW courses I see people using either .22s or a snub nose .38 Special they bought that day. The .22s fine if you can’t find or afford ammo for a centerfire gun. However, if you’re trying to prepare yourself for real life scenarios, .22 will not give you the most accurate results possible. As far as the brand new .38, you should at least be able to safely load, unload, clear and handle whatever weapon you wish to get training for.

That said, the fact that I had very little trigger time on the M4 showed, my hammered pairs were a foot apart at 25 yards. Not good. My reloads were fine since I had taken the time the week before to put in a half hour of training each night, but the fact that I had so much trigger time on AKs meant that while under pressure I was reverting to old habits, like trying to flip a non-existent safety lever on the right side of the gun.

The instructors at the PSA course were friendly, knowledgeable and flexible without being flaky. They all had prior military service and had “been there” so to speak. But they never used this information to intimidate the students and were thorough and patient when explaining concepts or answering questions. 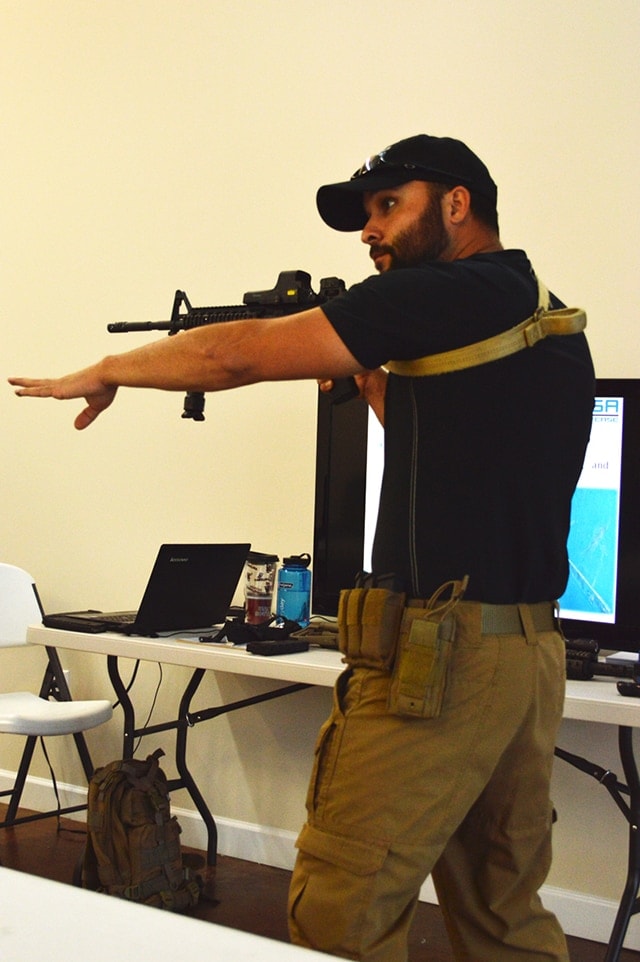 The training started with a classroom explanation of fighting techniques and a training mantra. Then, with cleared rifles, they gave visual demonstrations on how to maneuver and manipulate them in various environments. After each section the instructors would take questions and offered good, well thought out responses that demonstrated deep knowledge of the subject and not a simple memorization of a well-rehearsed methodology.

After sitting in the classroom students were given a few minutes break. Then the instructors had us run through several drills while explaining the reasons for performing them. Between repetitions they would correct students mistakes and offer up suggestions on how to better execute the drill. The vast majority of the drills done were heavily based in solid fundamentals rather than flashy team drills which have little to no use for the vast majority of civilian shooters.

Overall I’d say the only thing I did not like about the PSA course was its brevity. However, I’m a voracious learner and could have spent hours practicing the same drill until I got it just right. As with all things, you should not expect to become an expert with one training class. You must also devote days of practice to what you learn at any training session or the information will be gone faster than the history of the French and Indian War.

Try and find a reputable shooting class for under $300 and PSA will be your only viable option. It’s an excellent bargain at $100.

The majority of the training information was geared towards AR guys. So if you’re a member of the local 47-74 AK Operators Union like myself, you may be better served elsewhere once you reach more advanced classes. The fundamental courses, however, are universal in their applicability.

For my course there were six students and two instructors, which was awesome. Anyone who has ever spent time at a larger school knows that instructor time is at a premium with 25 shooters on the line. With six it’s much easier to get individual instruction.

With training courses you have to find a happy medium between instruction and cost. World class training that turns you into a Navy SEAL overnight is ineffectual if it costs $60k and free training that is wrong is useless. PSA has struck an awesome balance of training thoroughness and affordability with their new training courses. If you thought firearms training was outside your price range and have been on the fence about it, check out PSA. For a $100 dollars, if it improves your shooting skills by any amount, it is worth it.