Recluse makes what they call a One Sided holster.  The idea is harder to explain than most pocket holster designs (which work like a pocket that goes inside your pocket).  The Recluse uses one stiff side of leather or polymer to cut down on printing.  On the other side, the gun is held in place by a rubber insert that fits inside the trigger guard.  A channel inside the foam secures the trigger.  This one is for the Kel-Tec P3AT. 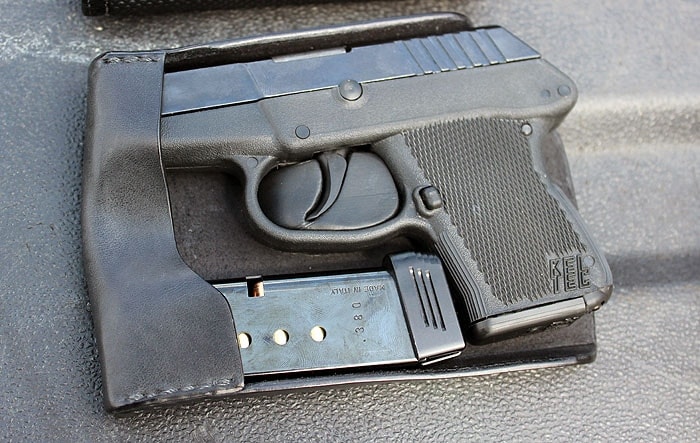 The Recluse is really interesting.  Most pocket holsters are just a piece of leather or nylon sewn up to hold a gun.  But each Recluse has to fit exactly.  The trigger block is made of a super dense foam that looks like it is shaped by hand.  And its placement on the one sided holster also has to be exact.  It is this piece that makes the holster work. 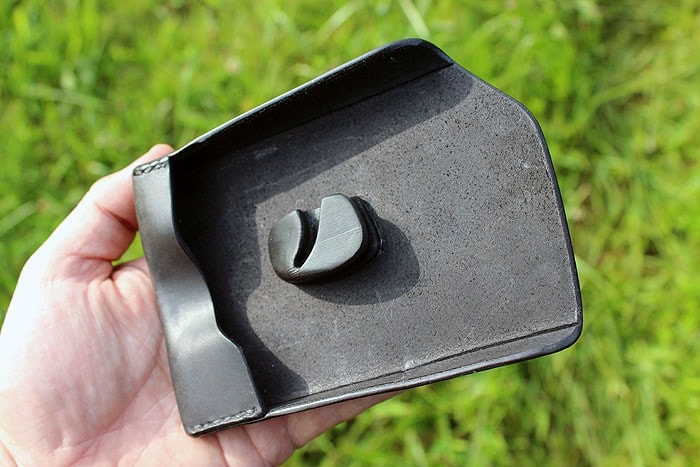 It is also this piece that makes the holster safe.  Most pocket guns don’t have manual safeties.  As such, there is always a danger that something in the pocket (a bad idea) could, however unlikely, cause an accidental discharge.  With the Recluse, the trigger is securely held by the block and can’t move.  Until your hand slides between the holster and the gun, which dislodges the trigger from the block, it can’t move. 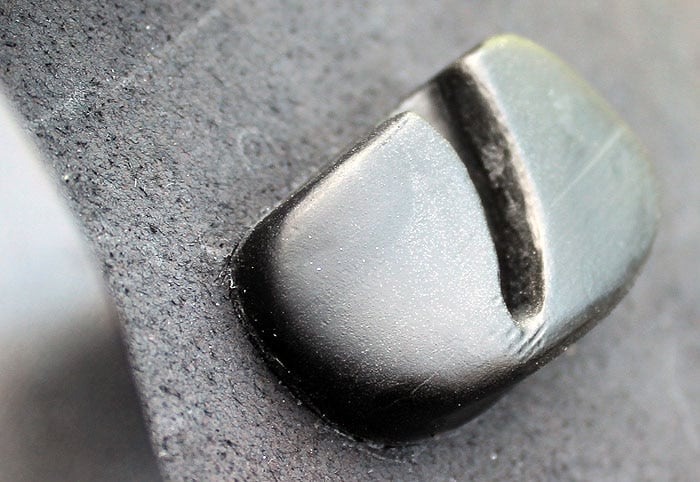 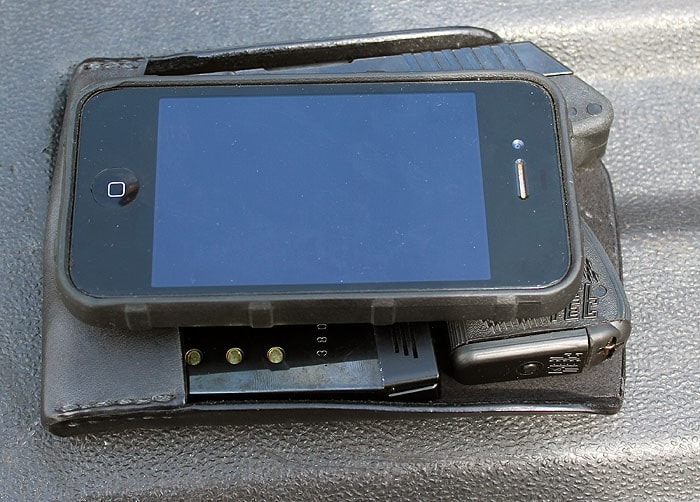 The Recluse holster is larger than a cell phone, but not as bulky as some of the competition. Many holsters have bulbous bends due to the leather or material being bent into shape.  But the rectangular shape of the recluse allows for sharp corners.

Those corners, and the rigidity of the leather (or Kydex), helps to obscure the shape of the gun.  While it is clearly larger than a phone, it isn’t so bulky that it attracts a lot of attention. 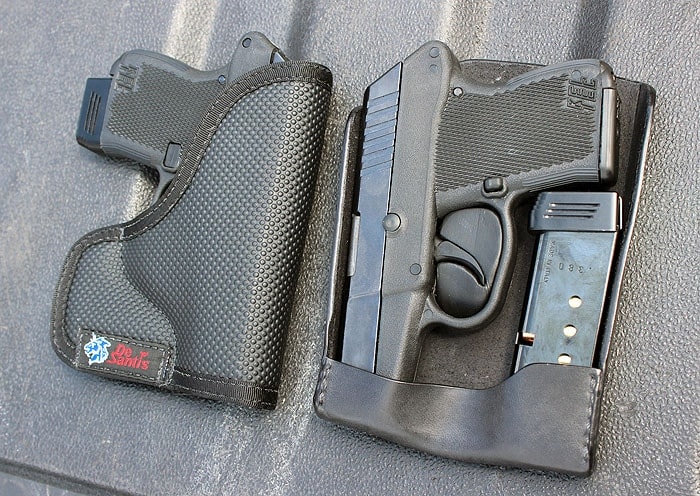 And the Recluse doesn’t show any of the outline of the gun.  The closest exposed contour would be the back of the slide.  That corner is cut off of the holster.  But the distinct L-shape of the handle and barrel aren’t exposed, no matter how much the holster prints.

Even when comparing it with a holster as good as this DeSantis (which is a great pocket holster), the Recluse has the clear advantage. 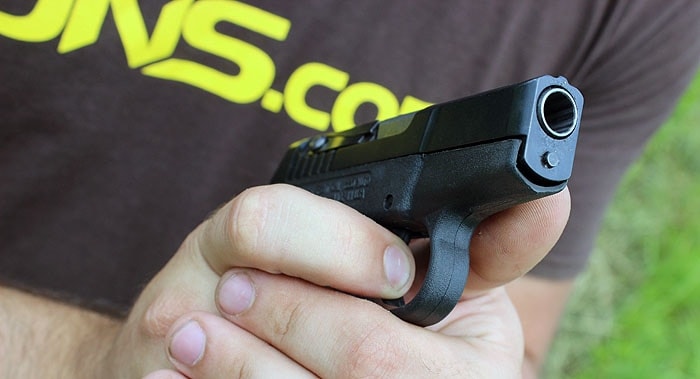 The Recluse makes the P3AT an even more effective gun.  We’ve been working with the P3AT for almost a year now, putting it through many scenarios.   What we’ve found is that the little Kel-Tec is effective.  The size makes it great for pocket carry, but it needs a safe, accessible, easily concealable means for carry.  And the Recluse is exactly that. 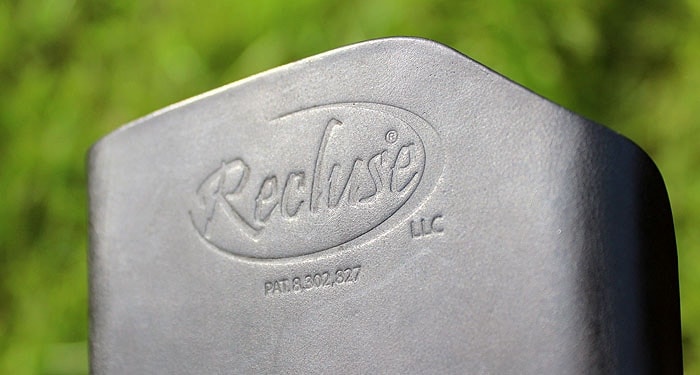 The Recluse sells for $59.95.  As far as pocket holsters go, that is expensive.  It may be three times what you would pay for a very basic holster.  But it offers so much more than a basic pocket holster design.  And what price would you put on that?