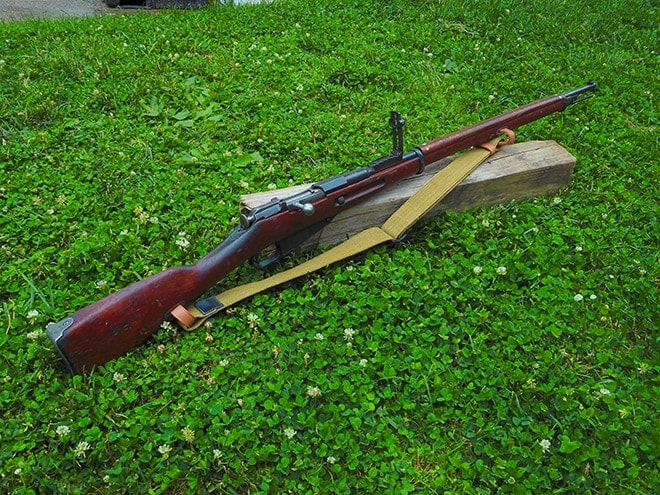 The 91/30 Mosin-Nagant: Praised by many for it’s low price, robust construction, and acceptable accuracy, derided by others for it’s clunky design, poor sights, and vociferous fanbase. It is certainly a rifle that has taken the American shooting public by storm, serving as a “first rifle” for many as their first rifle (myself included). Yet, while countless numbers have handled and fired a 91/30 (it may be easier to count the number of gun owners who haven’t shot one), many of those have never handled the 91/30’s grandfather: the M1891 Mosin.

Much has been written and said about the history of this rifle, so its full development shall not be covered here. However, my variant was made by the Remington Arms Co. in 1917 and deserves special mention. 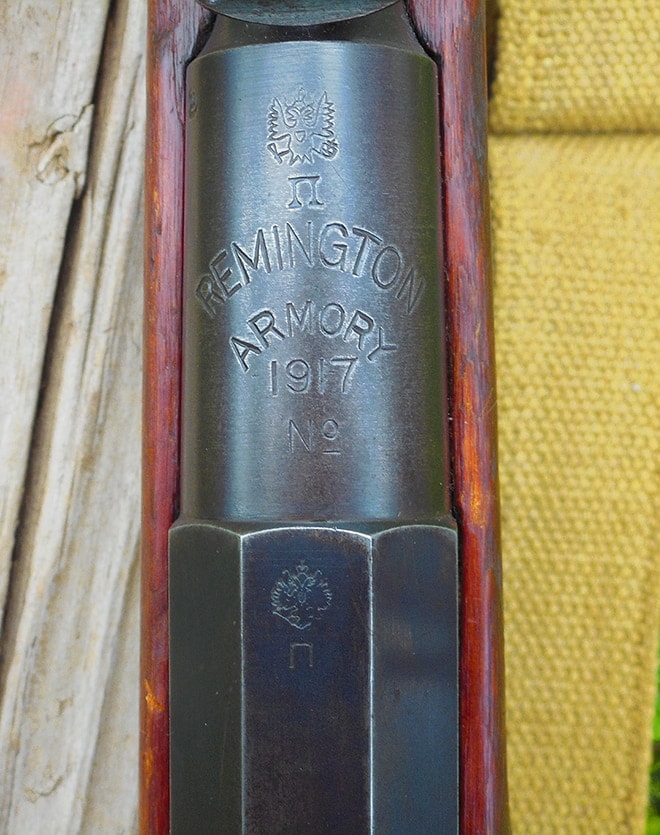 During World War One, Russia (much like every other nation) was dreadfully short of rifles and forced to look overseas for more weapons. As the United States had a policy that could best be summed up as “cash & carry”, the Triple Entente nations called upon the famed gunmakers of the United States. Russia was no exception, placing calls to Remington, Winchester, New England Westinghouse (NEW), and Marlin Firearms.

Remington and NEW built the standard Russian service rifle: the M1891. Winchester produced a “musket” variant of their famed 1895 lever action rifle. Marlin produced a variant of the Browning 1895 Machine Gun, known as the “Potato Digger.” All were chambered in the standard Russian service cartridge, the M91 7.62x54Rmm. Russian inspectors were known for refusing to inspect or pass firearms parts, as they themselves did not want to have to return to the Russia and the war. In consequence, many Remington and NEW rifles failed to make it over to Russia in time.

When the Czar was overthrown and replaced by Alexander Kerensky’s Provisional Government, the contracts for the rifles fell into purgatory. When the October Revolution overthrew Kerensky’s government, there was interest by both the Bolsheviks and the US to re-negotiate the contract. Ultimately, the Bolsheviks defaulted on the contracts and Remington and NEW were thrown into financial chaos. Not wishing for two of the largest arms makers to go bankrupt on the eve of the US entering the war, the US Army purchased the existing stocks of rifles. (Many rifles had already been taken home by disgruntled employees, sometimes in lieu of a paycheck.)

Many M1891s were eventually “cut down” by ordinary Russians to become the iconic (and very dangerous) Obrez weapons of the Russian Revolution.

The US Army tried to find a purpose for these rifles, but in the end the majority were sold at a loss through the NRA, DCM, and surplus dealers. Some were stuffed into the back of closets. Some were taken into the woods for deer season. Others were cut down as projects. Many more were rechambered as the surplus ammunition dried up fairly quickly. Eventually many were simply forgotten.

This Remington M1891 was one of those rifles that was simply forgotten. Leaving the factory with no serial numbers on any of it’s parts, this indicates that this rifle was never accepted by the Russian Army. Eventually one of it’s previous owners decided to cut down the beautiful American black walnut stock to cut down on weight and give the rifle a “sporting” appearance. Despite this, the rifle shows evidence that it was hardly fired; with little wear on the bolt body. Luckily the man I bought this rifle from managed to restore it to it’s original military configuration. He purchased a Russian made stock, barrel bands, and cleaning rod. Though not original to the rifle it gives it a “proper” appearance. 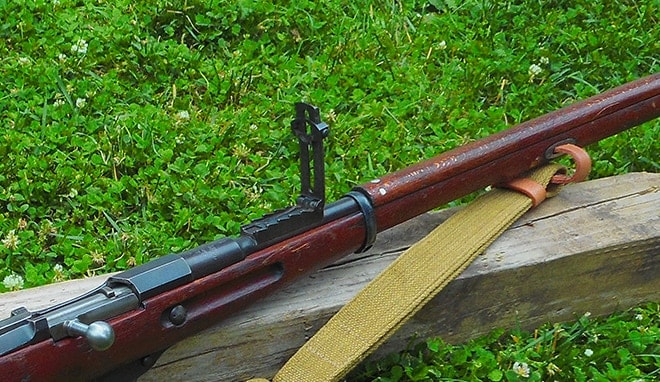 The major visual difference between and M91 and 91/30 is the large rear sight. (Photo: Francis Borek)

To be honest, the Mosin-Nagant family of rifles are not the nicest looking rifles (with the exception of the Finn M39), which is their reputation. The M91 does nothing to convince me otherwise. One noticeable difference between the M1891 and the more common 91/30 however is the rear sight. Much more fragile and complex (it’s graduated in arshins, an obscure Russian length of measurement) the rear sight on the M1891 gives it a bit of a unique look. Regardless, the sights are typical military bolt action sights: a tiny v-notch with a pyramid front sight. For anyone with less-than-perfect eyesight, the sights are a strain on the eyes.

Shooting the rifle could be better if it wasn’t already hampered by poor sights. The trigger on this example is also very heavy, feeling to measure in at around 9 pounds. The rimmed cartridges can also cause problems if they aren’t stacked properly. The Mosin-Nagant rifle family does have a cartridge interrupter to prevent rimlock but in my experiences (I have owned 6 Mosin rifles), the cartridge interrupter is one of those ideas that sounds great on paper, though not anywhere near as foolproof as many would argue. Regardless of these problems, the rifle managed to pull off a respectable 2-inch group at 50 yards with surplus heavy ball, while standing. 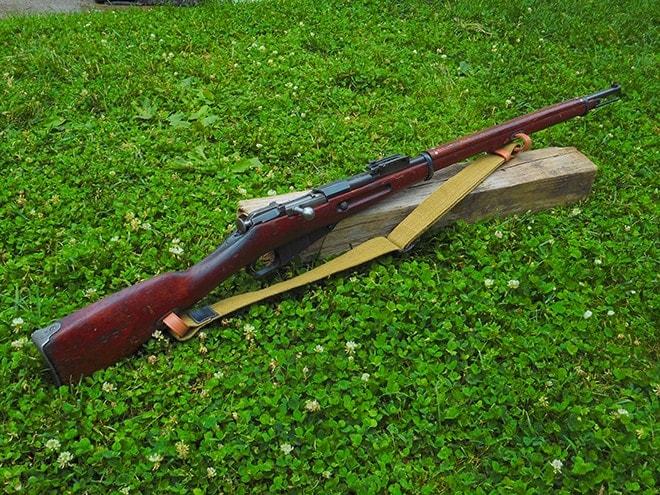 The M1891 is certainly not the best battle rifle, but it is far from the worst. Truly though, the value in these old M1891 rifles lies in their historical curiosity and collectability. I can see why the Soviets eventually decided to modify the design to the simpler 91/30 and the various carbines, but the history books record how the M1891 provided much needed service to a nation that was perennially short of arms.

Prices on these rifles vary wildly. With luck, you might be able to find a Russian built M91 that saw service in the Balkans for $250. Pristine Remington and NEW rifles tend to bring around $350 to $450.