This weekend I shot my first AK. There’s a first for everything, I guess. I had shot a Saiga 12, yes—but I’d never shot an AK-style rifle. And I have to say that I’m really impressed. While I liked the Saiga 12, it wouldn’t make my top ten-list for shotguns. But now I’ve carved out a spot for an assault rifle. I’m still not sure how I’m going to explain this one to my wife.

There’s nothing especially fancy about the SGL 31. The receiver is stamped. The hardware is all plastic. The gun appears to be painted black, but it is an AK, after all, and by-God that’s how they are supposed to be built. Except maybe the plastic part.

A comparison might be in order. I’m a huge fan of the Fender Telecaster. In the right hands (The Boss, for example), this guitar is perfect. Yet, it is a blue-collar tool of the masses. The materials are so basic and its construction so simple that there is no appropriate way to dress it up. I’ve seen carved top Telecasters made from exquisite figured woods and they are abominations. Sins.

I feel the same way about the AK. The brilliance of the weapon is its utter simplicity.

The SGL 31 embraces this simplicity and pushes it to the logical level of durability and craftsmanship. Anything more in the way of progress and I think I’d have to pass. 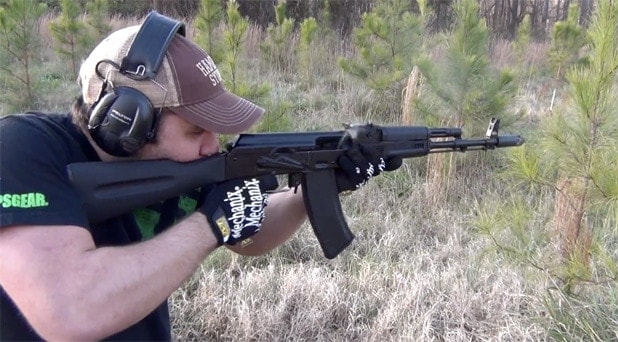 So what do you get with the SGL 31? Well they didn’t waste any effort giving it a catchy name.

The Arsenal philosophy is interesting. These guns are built in Russia—by the same factories that fill government contracts—but import regulations keep Americans from seeing that version. They are “sporterized.” Neutered. The guns come over here and are rebuilt in Vegas.

Arsenal uses the base parts and US made parts to recreate the rifle. The gun is given a better muzzle break and a US made trigger group. And everything is tight. The barrel is chrome lined. The muzzle break and all of the other hardware is perfect. The inside of the receiver is clean and spacious.

While they have kept the basic simplicity of the AK intact, they’ve made a great weapon. And this, I think, is a philosophy that some people just don’t get. Simple is sometimes all you need. 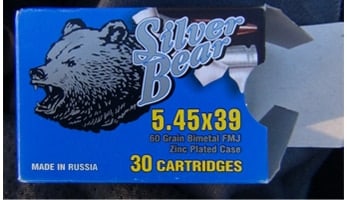 It is rumored that the 7.62x39mm round of the AK-47 is prone to over-penetration. They pass through people and poke a vicious hole, but (sometimes) do so without creating hydrostatic shock. In some cases these wounds are not terminal—or not immediately terminal.

The lighter 5.45 round has less mass, so it is supposed to stop more easily inside a person, and the shape of the projectile makes the bullet tumble, which creates traumatic wound channels that are not easily repaired. The increase in velocity gives the lighter round a flatter trajectory, too. Easy to see why the change was adopted in 1974. 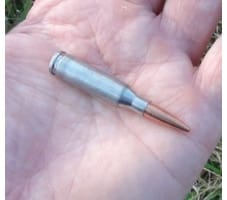 The low recoil of the 5.45x39mm means the guns themselves can be lighter—though that is hardly noticeable.

The SGL 31 weighs in at 7.3 pounds empty. While it doesn’t feel like a toy, it isn’t heavy either. The gun can utilize any number of different magazines, so weight can add up quick. 30 rounds. 45 rounds. But the smaller size means you can carry more rounds.

Forty-five rounds in a magazine seems a bit absurd to me until I think about the intended use of this gun. And then that seems about right. I recently came across some video of AKs in combat and I noticed very few people aimed them. Most AKs seem to be held away from the body, around cover, and the guns were not aimed at all—pointed even seems too generous a verb.

But I’m getting side tracked again. It is an assault rifle.

What was most notable about shooting the 5.45x39mm in the SGL 31 is the incredibly low recoil. Almost nothing. The bolt’s travel was far more distracting. Not that it travels in any strange way—the bolt just has a ways to go to get the job done and it doesn’t move as fast as other guns I’m used to shooting. There is a split second lag between the bang and the slap of the bolt. And it is loud (not the bang, the slap). I realize I’m stating the obvious, but hang with me here. This is how my brain works—when it works. 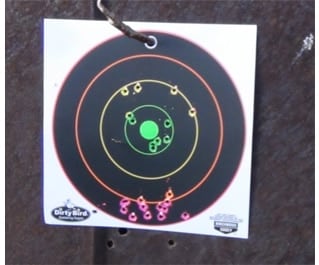 I have to admit that I was surprised by how accurate the SGL 31 is. This thing is scary accurate. Ever notice how few AK variants you see equipped with scopes? It isn’t that an AK can’t be accurate, but most simply aren’t built to such exacting tolerance. I’ve heard the phrase “combat accurate” used to dismiss half-assed accuracy. Well that 16-inch group of five shots was combat accurate.

We were pulling some nice groups at more than 50 yards with iron sights and the front post is not a thin little blade.

At one hundred yards, without a scope, the group spread out a bit, but not much. And we were shooting standing.

The MSRP on the SGL 31 is $900 (sale price is closer to $800 online). The ammo isn’t bad—as this is a Russian gun, there are glorious bulk options that will cut down the cost.

If I were to nitpick, I would ask for a longer stock. It would certainly help my sight picture, but I’m not wearing body armor. And I don’t really have much use for an assault rifle, so it would take me years to get around to changing in out.

And I’m not a fan of the plastic furniture. If I’m going to have an AK (which I now know I am), I want that two-tone wood look. Maybe I’m a bit old fashioned, but I respect the durability of the SGL 31’s construction. The plastic is virtually indestructible.

But I’m now officially an Arsenal fan. I know what an AK can do. I fear this is going to be a gateway drug. Now I need to see what the other calibers can do and there are so many different variations.  I guess I need to try them all.