Beretta is one of the oldest firearms manufacturers out there, having been around for almost 500 years now. They’ve had plenty of time to make mistakes, learn from them, and then apply those lessons to another generation of firearms. One recent good example of this is the Beretta 3032 Tomcat. 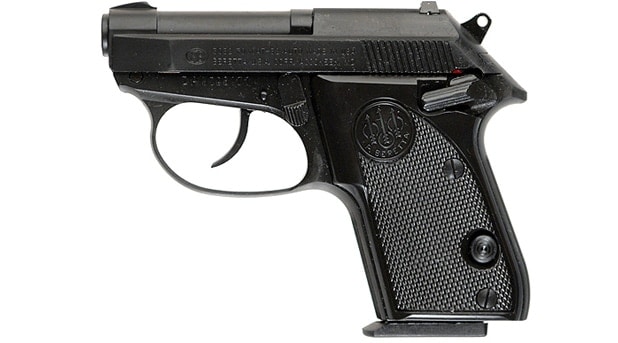 The Tomcat was initially introduced as a slightly-more powerful version of the Bobcat, using the .32 ACP cartridge. The design was the same, using a direct blow-back system of operation. The look and size was about the same. The intended use (self defense) was the same. 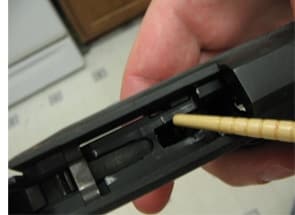 But Beretta ran into problems with this gun. The initial design had a lot of problems with frame cracking on the right side, just above the trigger guard. A lot of people experienced this within a very short time of use, often under 100 rounds.

So Beretta reworked the design, and now if you go to their website you will see the notation on the 3032 Tomcat as the “wide slide” version. This is the version considered for review, though if you buy a used Tomcat, you may get one of the earlier models. If you buy used, at the very least check the frame on the location described to see whether there is any evidence of cracking.

The little Beretta 3032 Tomcat is still small – just about five-inches long, about the same tall. It’s mostly grip and trigger, actually, with the barrel and slide assembly presenting a fairly small profile above your hand when you shoot it. It is solidly made, though still very light, thanks to an alloy frame. Total weight of the “wide slide” version is 14.5 ounces, probably about 16 ounces fully loaded. I have large hands, and really small guns are not easy for me to shoot well as a general thing, but the Tomcat is less of a problem for me than some other guns because of the design.

Like the Bobcat, one thing a lot of people like about the Tomcat is the ‘tip-up’ barrel feature. This allows you to load the gun and check that it is loaded, without operating the slide – a feature some people with poor grip strength really like. This makes the gun user-friendly for the elderly and those with some kinds of disability. 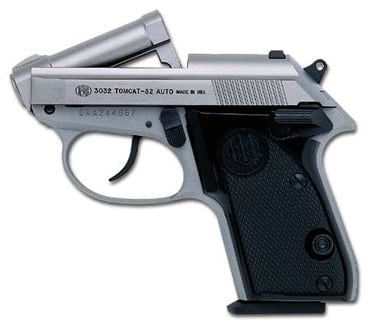 It also allows for clearing a misfire quickly under some circumstances. The tip-up barrel is released with a lever on the left side, and in the event of a misfire the barrel can be flipped up to expel a bad cartridge quickly and easily – so long as the cartridge isn’t jammed in the chamber. If the cartridge is jammed, then it will be necessary to either pry it out from the back, or to ram a rod down the muzzle in order to dislodge the round. That’s because of the design, there is no extractor. Rather, the gun operates on a direct blow-back system, where a portion of the expanding gas from firing is used to push the spent case out of the chamber. When this works, it works well, but it can lead to jamming.

Which happens with some kinds of ammunition. I haven’t run into this problem on the few occasions when I have shot a Tomcat, but it is still something reported on different forums.

Otherwise, the gun is well made, with the excellent fit and finish you would expect from Beretta. Accuracy is fine at self-defense distances with the Tomcat, since the design keeps the barrel solidly mounted to the frame in usual operation. The barrel release, the mag release, and the safety all work well. Sights are pretty simple and designed to minimize the risk of snagging.

The .32 ACP cartridge is considered by many to be a minimal round for self-defense purposes. But eight rounds of .32 ACP (7+1), out of a well-operating gun like the Tomcat, is a lot better than nothing. Just practice with your particular gun to make sure what ammo it will feed reliably. 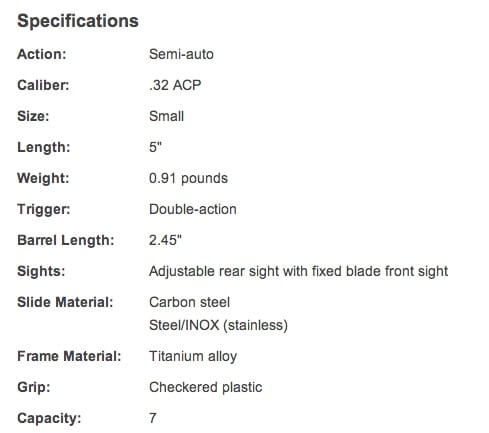