Back when I was a kid growing up, the idea that a pistol would hold more than six or seven rounds was absurd. Well, other than a .22, that is. Who on earth would need or want more? When someone told me that there was a handgun out there that had been designed to hold 13 rounds, I thought the idea was laughable. When they told me it was in 9mm, I figured that explained it – a 9mm was such a pathetically weak round in my opinion, of course you’d want a bunch of ‘em to do you any good.

What can I say? I was an idiot.

And while I may not be much less of an idiot in many ways now, some 40+ years later, at least I have come to understand and respect firearms a lot more. And one aspect of that learning and growth was the appreciation of the Browning Hi Power. 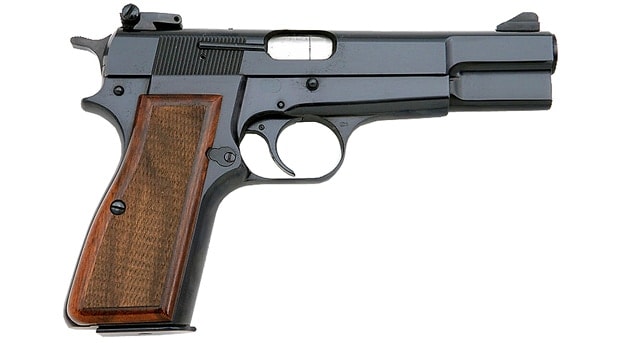 The original Hi Power was designed back in the ‘30s, and yes, it was built for the 9mm Luger cartridge (though also chambered for a few other cartridges). The common version held 13 rounds, and it was considered such a good design that it saw a lot of use by both sides in WWII.

In subsequent decades the basic design of the Hi Power saw many tweaks and updates, though the basic form of the gun didn’t change that much. In these various forms it has been a very popular design used by military and police around the world.

Then in the 1990s there was a version of the Hi Power introduced, which had been redesigned for the .40 S&W cartridge. It was a few ounces heavier (mostly in the slide) and had a beefed-up recoil spring to accommodate the increased power of the cartridge. Holds 10 rounds. This model quickly became one of the most popular guns chambered for the .40 S&W. There are a lot of people who still consider it that way to this day.

I’m actually not a big fan of the .40 S&W cartridge, though I have shot a goodly number of different guns chambered for it. I don’t really have a desire to own any guns in that configuration. But about the one exception I would consider would be the Hi Power. Because yeah, it just feels right.

OK, let me get specific. The Browning Hi Power .40 S&W is a well made gun, with design elements familiar to anyone who likes a classic 1911. We’re talking single-action, solid-steel, with the weight and balance similar to the 1911 (though a better grip in the opinion of many). A slightly different operating mechanism, but nothing too weird. Safety and mag release where you’d expect them. Three-dot sights which feel familiar.

The trigger on these guns is generally considered one of their worst features, and a lot of folks will take steps to improve that – some of which should be done by a qualified gunsmith. And the heavy recoil spring means that it is a bear to rack the slide, even for a big guy – and a bitch to field strip. The short beavertail and the rowell hammer on earlier models means that you can get “bit” by the operation of the hammer/slide if you’re not careful, though I haven’t had any problems with that (because I knew of the problem and paid attention to how I gripped the gun). 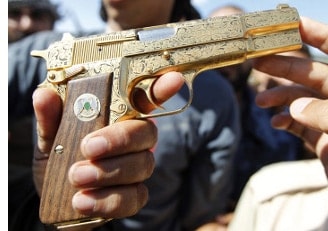 Fit and finish on the Hi Power is good to excellent. These guns have been around long enough that it is easy to find plenty of after-market accessories for them, if you want to make minor changes to personalize your gun. One such change is to trade out the .40 S&W barrel for a .357 SIG one – no other changes are needed to be able to switch to this cartridge.

The Hi Power is an old, tested, and proven design. Classic. If you get a chance, give one a go. You may find that you’re one of the people who falls hard for this gun, and doesn’t mind accommodating its few quirks.