As much as I’ve played with guns lately, I’ve never shot a rifle and scope combination that I like better than the Ruger Gunsite Scout Rifle and the Leupold FX-II.  The two seem to be made for each other, and—in a way—they were. But I’m here to talk about the scope.

The FX-II is an old concept built with the latest innovations and quality of Leupold, one of the most trusted names in optics.  The fixed power scope provides a minimal amount of magnification.  At 100 yards, the field of vision is 22 feet.  While that is more than what is provided by most variable power scopes, and is more than the minimum magnification offered by a 3-9 power, it can be enough. 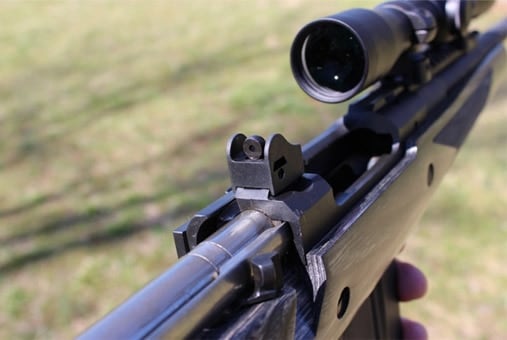 The FX line of scopes is designed for rapid target acquisition.  The intermediate eye relief of the FX-II IER Scout allows shooters to keep both eyes open.  The modest magnification and long eye relief make for a scope perfectly suited for fast action at close to medium range.

I had a much harder time sighting the FX-II than I did Leupold’s Mark AR scope on the same gun, but it was my dumb-ass mistake.  I hadn’t tightened the mounts as tightly as I could have, and it took me a few rounds to figure it out. 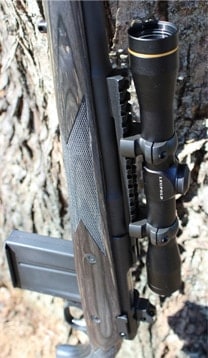 The kick of the .308 in the Ruger Gunsite knocked the mounts loose.  The kick had knocked me loose too, which is why I might not have not have noticed as quickly as I’d have liked.

But after a proper tightening, and a magazine full from 50 yards, I had it zeroed nicely.

The FX-II isn’t a target scope.  Groups, per se, were not out of the question, but they were not as rewarding as shooting reactive targets.  I’d spent the shooting old wheel rims with the Springfield Armory M1A.  After sighting in the FX-II, I followed the same path back through the woods to the abandoned barn, taking pot shots at uncalculated distances and judging the performance of the gun by what really matters—can you hit what you are aiming at.

And I could.  When I measured it out, I could get very nice groups at 50 yards.  Right at one-inch.  At 100 yards, five three-shot groups averaged 2.3 inches.  After a few stray floaters, I got to where I could hit an eight-inch circle at 200 yards without too much work.

These results don’t sound staggering.  Yet, this is new to me.  With practice, I’m sure I could become as confident with this as I am with almost anything.  Not as exact.  But just as confident.

The FX-II is perfect for me.  Apart from these sorts of evaluations, I don’t shoot much beyond 100 yards.  The ease of use and the fact that I can’t screw anything up makes this my ideal scope.

While I was shooting, some kind of critter (a badger I think), popped up in the field.  If I had had a higher power of magnification, I might have been able to identify it.  It was over 250 yards away.  I could have hit it easily enough—but I just wanted to see it a bit better, not kill it. 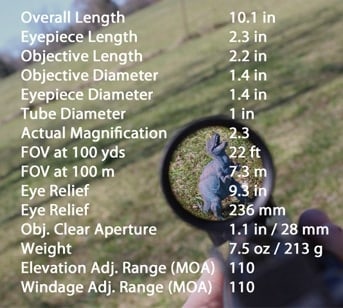 Shortly after, a buzzard began circling the field.  I think the things are attracted by the sound of a rifle.  The FX-II was perfect for watching him.  I think I could have hit it with the .308 easily enough, and I know I could have killed it with the FX-II mounted on a shotgun.  That’s not as reductive as it sounds—I can’t hit anything that flies, not even with a shotgun.

But the clarity and perspective that comes with shooting with both eyes open combined with Leupold’s flawless glass and stark reticle took out the guess work I (only sometimes successfully) account for when I shoot.

When the FX-II first arrived, I unfairly compared it the Leupold Mark AR 4-12×40.  Side-by-side, the FX-II seemed a bit plain.  It didn’t do anything but make the field of vision just a little bit bigger.

I was wrong. The FX-II does everything.  It is as close to the philosophy of iron sights as a scope can be.  You have to make corrections as rapidly as you would with iron sights, but without the hassle of sight alignment.  It is as easy and reflexive a scope as I have ever had the privilege of shooting.  And at $300, it is well worth it.