The .41 Magnum cartridge never really took off the way the designers and proponents expected it to, though it has a loyal fan base and has managed to hold on for almost 50 years.

For the “real world” component of the test, we had a Smith & Wesson Classic Model 57 revolver. Or a perfect match.

The S&W 57 basically felt like another classic. It’s similar its sister model chambered in .44 Magnum, the Smith & Wesson Model 29. The frame is the same – large, robust, easy to handle and good for soaking up recoil. 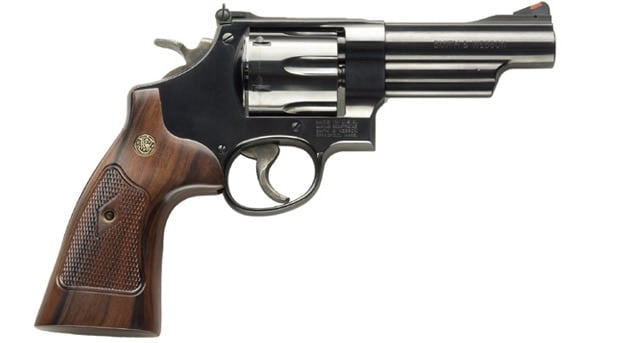 The trigger is the same on both guns – smooth in double action, crisp and light in single action. It comes with attractive wooden grips, but if you want to either customize the gun for looks or performance, there are plenty of after-market options available.

The four-inch barrel gives a nice sight radius (the distance between the front and rear sights) and it is easy to be accurate with the gun to 25 yards – beyond that, it was more accurate than I am.

A six-inch barrel would improve on even that, and would give you a boost in ballistic performance as well. The current models have the S&W “Red Ramp” plastic insert front sight with an adjustable rear sight, suitable for target shooting, plinking, and hunting. For some, like hunters or competitive shooters, adding a scope or other optics is fairly common.

Pretty much everything about the Model 57 is the same as the Model 29/629 except the caliber. But the slightly less powerful cartridge was more of a pleasure to shoot – something on the order of a .44 Special, but with greater velocity. 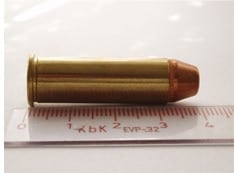 That greater velocity translates to a flatter bullet trajectory – the reason why the cartridge, and this particular model gun, has such a loyal fan base. Because a flatter trajectory means that it shoots closer to point of aim at distance. And the increased velocity means both better penetration and more kinetic energy, when considering it as a hunting or self-defense round.

Being a “N Frame” and weighing some 48 ounces, you can’t really consider the Model 57 a “concealed carry” gun. But carry it in a good belt holster, and it’d make an excellent hunting or open carry handgun.

Smith & Wesson currently offers their “Classic Model 57″ with either a four- or six-inch barrel. Previously, the gun was also offered in 6.5- and 8.375-inch barrel lengths, and the stainless version, the Model 657 was available with a three-inch barrel. These older guns are still available, though you may have to look a bit to find one. Unless it has been badly abused, an older gun should still be in good shape after normal use.