Review of the Finest Revolver Ever Made: the Colt Python

There’s a reason for this. The Colt Python may have been a production revolver, but it was arguably the finest revolver ever made, and had more than a little hand-fitting and tender loving care from craftsmen at the height of their skill in the Colt Custom Shop. 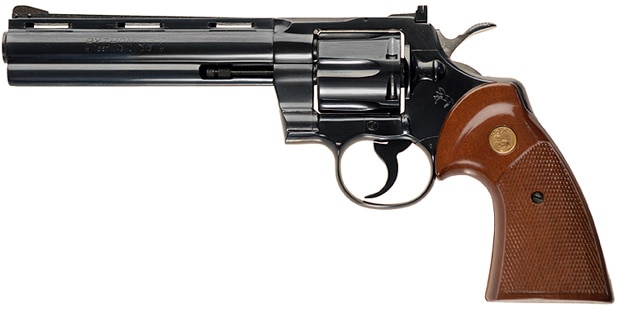 OK, I will admit it – I’m a Python fanboy. I own one with a six-inch barrel, which was made in the early 1980s. And I fell in love with these guns the first time I shot one, back in the early 1970s. That’s my bias.

But the Python has generally been considered exceptional by shooters, collectors, and writers for at least a generation. Introduced in 1955, it was intended from the start to be a premium revolver – the top of the line for Colt. Initially designed to be a .38 Special target revolver, Colt decided instead to chamber it for the .357 Magnum cartridge, and history was made.

What is exceptional about the Python? A number of different factors.

First is the look of the gun. Offered originally in what Colt called Royal Blue and nickel plating (later replaced by a polished stainless steel), the finish was incredible. The bluing was very deep and rich, and still holds a luster on guns 40 to 50 years old. The nickel plating was brilliant and durable, much more so than most guns of that era. The vent rib on top of the barrel, as well as the full-lug under, gave the Python a distinctive look (as well as contributing to the stability of shooting the gun). It had excellent target sights, pinned in front (but adjustable) and fully adjustable in the rear.

The accuracy of the Python was due to a number of factors. The barrel was bored with a very slight taper towards the muzzle, which helped add to accuracy. The way the cylinder locks up on a (properly functioning) Python meant that there was no ‘play’ in the relationship between the chamber and the barrel. The additional weight of the Python (it was built on a .41 Magnum frame for strength) helped tame recoil. And the trigger was phenomenally smooth in either double or single action. Seriously, the trigger is like butter, with no staging or roughness whatsoever – it is so good that this is frequently the thing that people remember most about shooting a Python.

The Python had minimal changes through the entire production run (it was discontinued effectively in 1999, though some custom guns were sold into this century). It was primarily offered in four barrel lengths: 2.5-, 4-, 6-, and 8-inch, though there were some special productions runs with a three-inch barrel. Likewise, it was primarily chambered in .357 Magnum, though there were some special runs made in .38 Special and .22 Long Rifle.

The Python was not universally praised. The flip side of the cylinder lock-up mechanism was that it would wear and get slightly out-of-time (where the chamber alignment was no longer perfect), necessitating gunsmith work. Mine needs this treatment, and I need to ship it off to Colt to have the work done. And the high level of hand-finishing meant that the Python was always expensive, and the reason why Colt eventually discontinued the line. 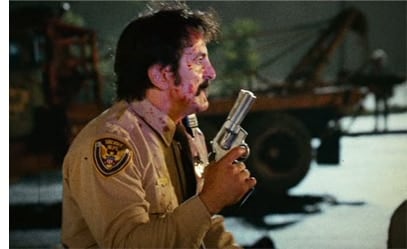 If you have never had a chance to handle or shoot a Python, and the opportunity ever presents itself, jump on it. Seriously. There are very few guns that I think measure up to the Python, and here I include even most of the mostly- or fully-custom guns I have had the pleasure of shooting.

It really is a gun from a different era, a manifestation of what is possible when craftsmanship and quality are given highest priority. After you’ve had a chance to try one of these guns, I think you’ll begin to understand why they have held their value to a seemingly irrational degree.

On average, for online gun sellers, the Colt Python sells for more than $2,000, but there are occasions where you’ll find it for less than a grand.