A while back my wife decided that she liked my venerable S&W 642 more than I did. Not wanting to argue the point (hey, I was happy she liked it and shot it well!), I bowed to the inevitable and forced myself to go shopping for a new J-frame. Life is rough, you know?

After checking locally and keeping an eye on the auction sites, I found a good prospect for a replacement: a M&P 360 in .38 special that had barely been used. 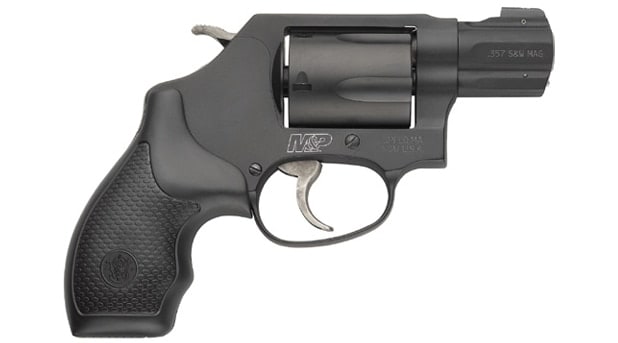 If you look at the specs, you’ll see that the M&P 360 is one of their scandium alloy models, and weighs in at just 13.3 ounces. It is strong enough to handle full .357 magnum loads, but I have shot those through one, and it is just brutal in terms of recoil. Having to compromise by going with the .38 special model is not a real hardship – modern defensive ammunition (I use the Speer GDHP in 135 grain +P ‘Short Barrel’ loads) is perfectly adequate for defensive purposes, if I do my job.

Anyway, it is a very light gun. Light enough that you can easily carry it in a pocket without fear of it ripping out the fabric in a couple of weeks’ constant wear.

When I went looking for a replacement J-frame, the one thing I wanted this time was to have an exposed hammer. The 642 was great DA (double action), but I wanted the option of SA (single action) just in case. The trigger on the M&P 360 is great – classic S&W smooth, even pull, only a slight ‘staging’ just before the hammer breaks in DA mode. Cock the hammer back, and in SA mode it takes just little more than the slightest pressure to trip the hammer. Very nice.

The gun has the expected Smith & Wesson quality – it locks up tight, no play whatsoever to the cylinder. Materials are top notch. Fit and finish are excellent. This is Smith & Wesson at the top of their game.

The one thing about the M&P 360 I didn’t care for was that the front sight was just a flat black ramp. Right after I got mine, I painted the ramp with Day-Glo orange paint, which helps a great deal. But I see that the latest model now comes standard with a tritium front sight. This is a very nice improvement.

The M&P 360 is very lightweight, and so the recoil is significant even shooting .38 specials – and if you are recoil sensitive you should consider a model with a little more heft (the standard rubber boot grips do help). And you should know that while snub-nosed J-frame sized revolvers are commonly recommended for concealed-carry, it takes a lot of practice to master shooting such a small weapon accurately. But it can be done – I make tin cans jump at 25 yards regularly. It just takes practice. 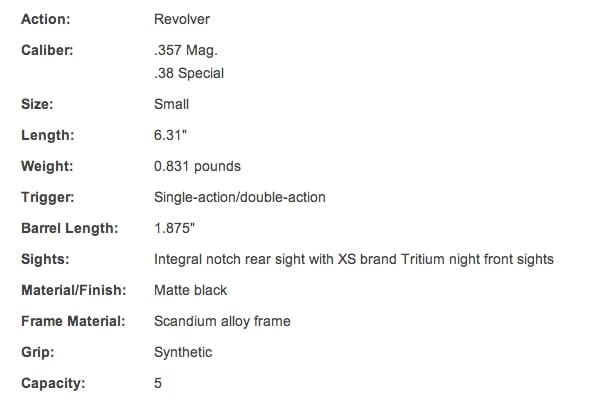