If you’ve ever had the opportunity to attend something like the Night Shoot at the Knob Creek range, you know the cool factor that comes from seeing tracer rounds scream down range. Streak Ammunition by Ammo Inc. promises the same excitement, but without the danger. Advertised as a non-incendiary visual ammo, Streak uses “exclusive patented technology…to see the projectile’s path towards its target.” In other words, it’s a tracer that won’t set an outdoor range on fire!

To get the best use out of the ammo, the manufacturer suggests using it at an indoor range at dusk. Being completely impatient, though, I brought it out on the range during the day – at nearly noon on June 21, the longest day of sunlight all year – instead of waiting for nighttime. Needless to say, it didn’t work very well under those conditions. But you can’t blame me for trying! So, I waited for the sun to set.

The Streak ammo tested was 9mm 147-grain jacketed ball ammo that moves at approximately 900fps at the muzzle. But it’s also available in most major handgun calibers in both jacketed target ammo and defensive hollow point versions. The price point starts at around 65-cents per round, which is comparable to good quality sub-sonic ammunition. Currently, it’s only available in red, but, based on the packaging, other colors might be available at some point. 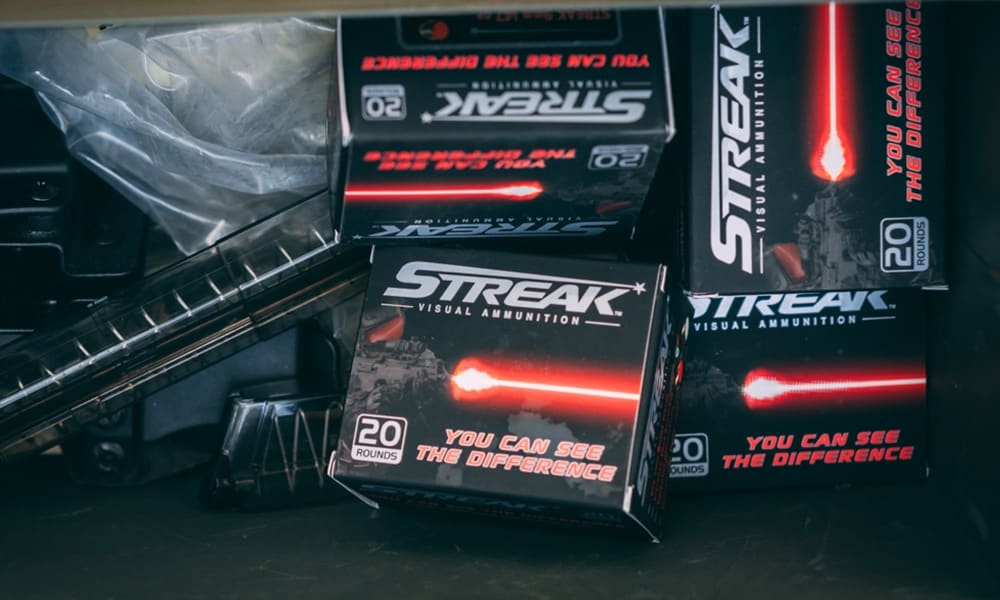 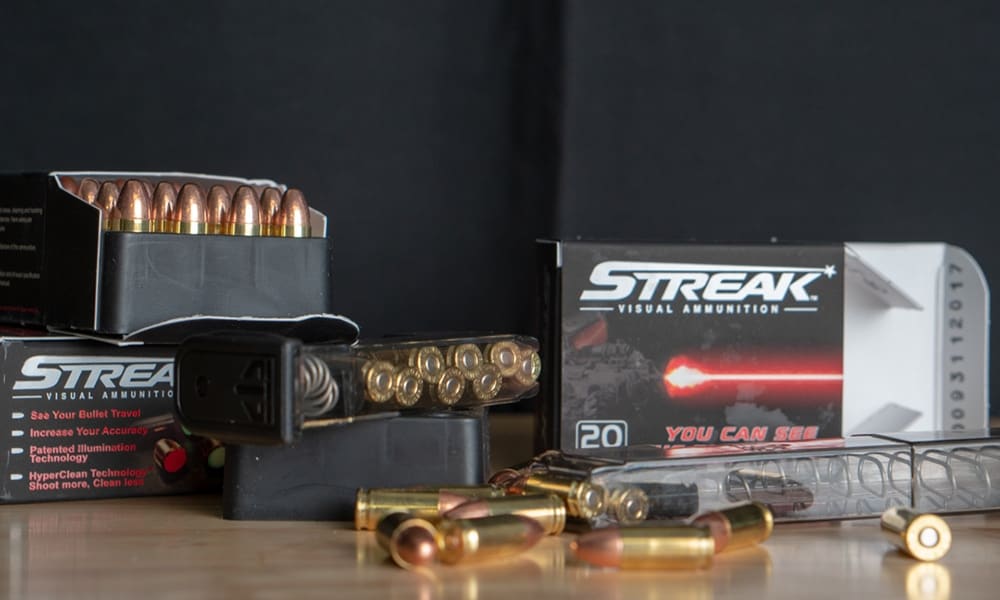 Streak Ammunition being loaded for my Glock 43. (Photo: Noah Alkinburgh/Guns.com)

Once night had fallen, it was time to see this ammo in action. The first round went streaking toward the target like Hans Solo had just blasted Greedo! I squeezed off a few more rounds quick and the red streak shot down range. Too cool! I passed off the handgun to my good friend who emptied the magazine and it was like I was watching a live production of Star Wars.

Eager to test it out of the longer barrel, we loaded up some mags for an AR-9. Just as fast as we could squeeze the trigger the red “streaks” zoomed down range. Shooting it out of the AR-9 I did have more difficulty seeing the round leave the muzzle, which surprised me. For some reason the AR-9 produced a bit more smoke at the muzzle and this clouded the shooters view of the rounds, but standing to the side, onlookers could see it just fine. 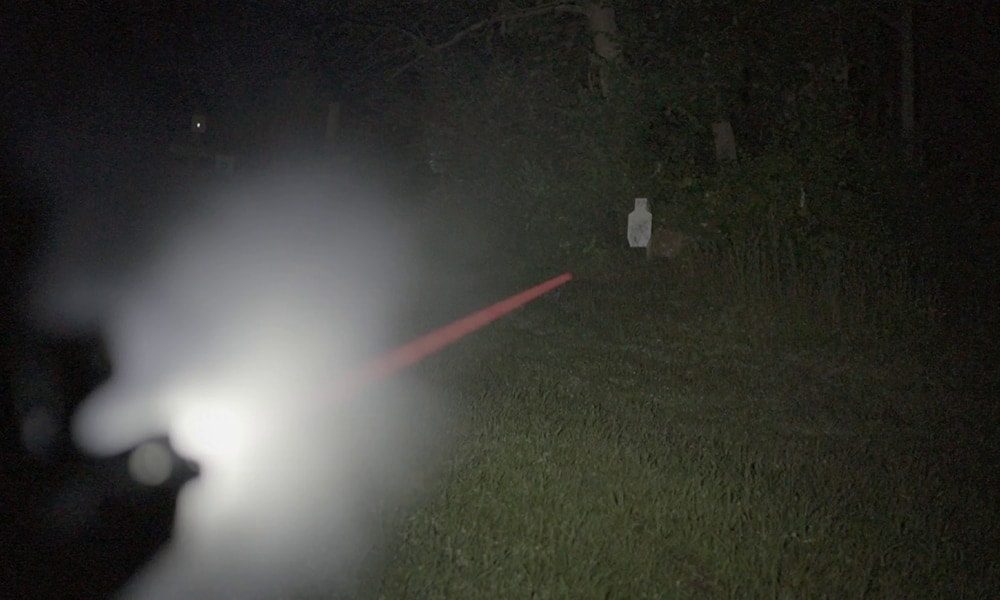 Shooting from an AR-9 produced more smoke, making it a little more difficult to see the “streak.” (Photo: Noah Alkinburgh/Guns.com)

Overall you could see that this ammo was built to high quality specifications. The process used to create the “streak” only works from the shooters position. This means that unlike traditional tracers, it can only be seen by the shooter and those standing behind the shooter or to about 10 degrees left or right behind the shooter.

The ammunition performed flawlessly. We had no malfunctions with it in any weapon we tried. We also ran it suppressed without an issue. . Being subsonic and all, the Streak ammunition suppressed very nicely.

While I don’t think this is going to be replacing tracer ammunition anytime soon, it was a ton of fun to shoot. We found that it works best in near complete darkness. This makes it difficult for many people to use because they cannot shoot after dark. Being able to use it on the indoor range does help with that. At the end of the day we enjoyed it but right now I think it’s more of a novelty item than a true training aid, but I’d encourage you to try it out for yourself to see what you think.