Rohrbaugh R380 Review: What the R9 Should’ve Been

OK, if you’ve read my Rohrbaugh R9 review, let me say this: the R380 is the gun the R9 should have been. Which is funny, because .380 was originally what the R9 was designed for. The designers decided to up the ante and go for a full 9mm when the Seecamp LWS .380 was announced, as I understand it.

But in going back and retro-fitting the R9 as a .380, they made one hell of a good step. And when I say “retro-fitting” I mean that. The R380 has all the same specs as the R9 – basically, the only things changed were the barrel, recoil spring assembly and the magazine. And even the magazine is the original 9mm mag, but with an insert that converts it to hold .380 ACP. I would even bet that I could swap out the barrel, recoil spring assembly and magazine from a R380, and not have to change another thing – but that’s for another time. 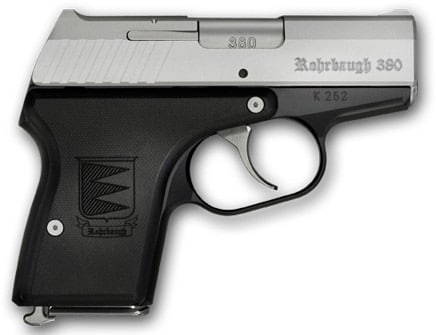 Now, I like my R9. It is as fine a quality firearm as I have ever shot or handled. But the first time I got to try the recent R380, I fell in love with it. The few things I don’t like about the R9 were addressed by using the slightly less powerful .380 ACP ammo. Less recoil. Better control. Easier operation.

We used the R380 during the second sequence of BallisticsByTheInch.com .380 tests and it handled all the different ammunition types without a problem – not a single stovepipe or FTF. 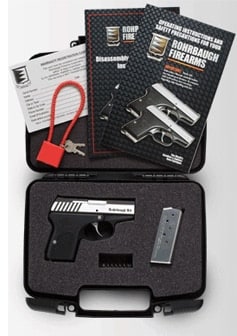 It’s still not a gun for the range even though shooting the R380 isn’t as painful as shooting the 9mm version. And accuracy is better, since there is less recoil and follow-up shots are easier. But you’re not going to win any 25-yard target matches with it. Oh, the quality control is there, but the rudimentary sights and very short sight radius are not suitable for long-range accuracy. However, any competent pistol shooter should be able to keep rounds in the black at seven to 10 yards, the range one would expect to need to use this gun as a defensive weapon.

There are smaller .380 ACP pistols. There are lighter weight .380 ACP pistols. And there are certainly less expensive .380 ACP pistols. But the R380 is right down there in terms of size and weight, and the quality of the engineering and manufacture are top notch. Holding one of these guns you feel it instantly. Fit and finish are flawless, everything is smooth and tight – no slop or sharp edges. Disassembly and cleaning is simple enough.

And while .380 ACP isn’t as powerful as 9mm, I think that it is a viable cartridge for self-defense purposes, particularly in some loadings. I would certainly carry it as a back-up, or when concealment limitations precluded carrying a larger caliber pistol.

I said I don’t conceal carry my R9s as much as I used to, opting instead for a J-frame revolver I can conceal almost as easily – and I shoot that a whole lot better, with my large hands. And while the small size of the R380 still presents the same problem, the lighter recoil and ease of control are so much better I would probably opt to carry it more often. One of these days I’ll need to see about getting one.

MSRP is $1,200 and actual sale price is about the same online. 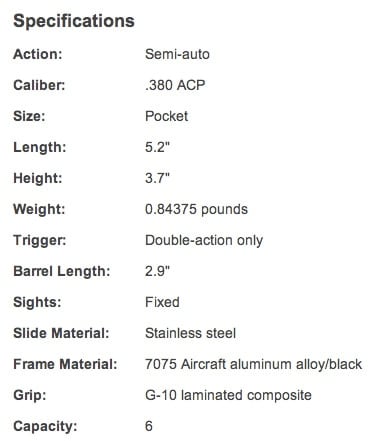