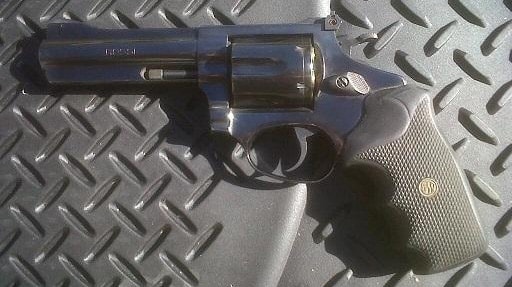 The Rossi 4″ .357 Magnum revolver fits nicely on some car mats.

I’m a revolver guy. I love them. Wheel guns are the proverbial thing that causes my boat to become buoyant. I’m also in a profession that is not exactly know for producing fabulous wealth, so that leads me to explore and buy guns that are not super expensive. This has led to some pleasant surprises and a couple of “should have known betters.” For me the Rossi .357 Magnum Revolver is definitely in the former category.

Like a lot of modern gun owners I take to the Internet, not to get a reviewer’s opinion on a gun — and yes I see the irony here — but to visit websites where you can purchase the guns. There I see the people that actually buy the guns and whether or not they are reporting any problems. So my due diligence done, I moved forward and bought what has become one of my favorite guns, the Rossi 4″.357 Magnum revolver.

Unlike its parent company, Taurus, Rossi doesn’t give all its products fancy names like “The Judge” or “The Tracker“. This little plain jane is just simply called the Rossi revolver, or more specifically the “R85104,” which has a ring of its own.

It’s a medium sized frame revolver with a 4-inch barrel and an overall length of 8 1/2 inches. It has a steel construction with a blued finish, rubber grips, the Taurus Security Safety system, which you probably won’t ever use, a double-action trigger, which you will use, a six-shot capacity and it can withstand .38 +P loads in addition to the .357 Magnum. 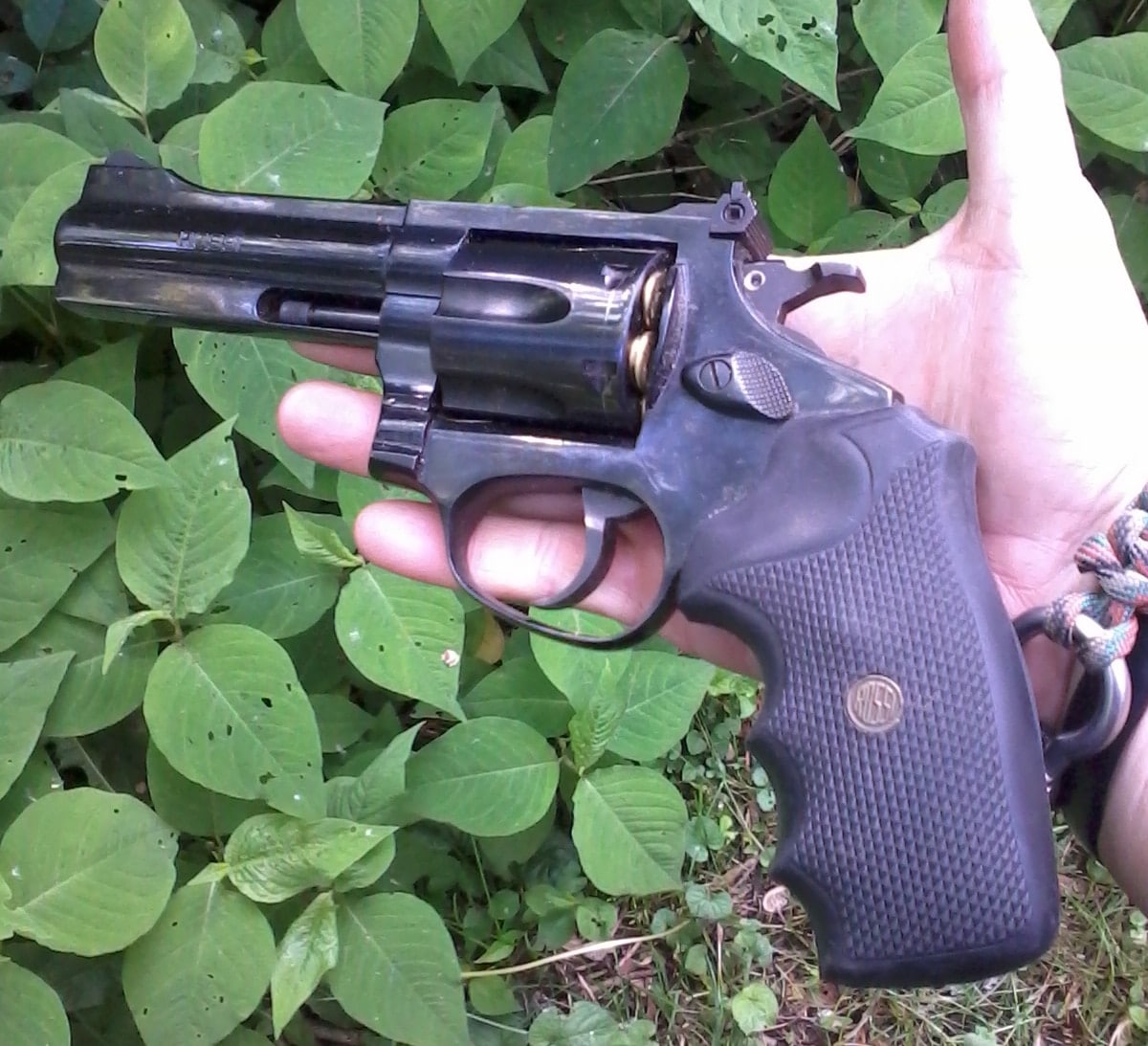 Overall the Rossi sort of falls into the range-queen spot in my gun safe. While I have carried it concealed in a Bianchi IWB holster it is not my go to gun. Although I am going to utter a phrase here similar to something you’ve probably heard coming from 1911 owners when referring to their love of those guns and the .45 ACP cartridge, “If I have to shoot more than six times I’m doing something wrong.” 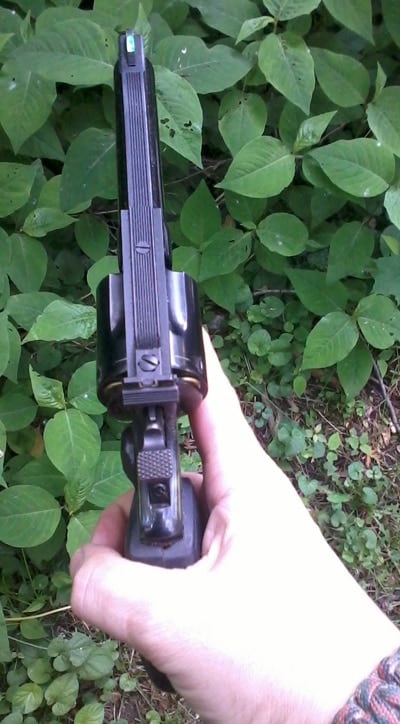 It ain’t the prettiest belle at the ball, but sure is fun.

That’s right friends, the .357 Magnum is the magic round capable of downing Godzilla and striking fear into the hearts of those that would do you harm causing them to wet themselves as they flee in terror.

Besides that, the sights are fully adjustable, though the front sight is pinned and so may require the aid of a gunsmith if you’re looking to make a change. For me, the recoil on this gun is negligible even when shooting .357 Magnum loads. When shooting .38 Special the recoil barely catches your attention. Perhaps owing to the guns steel frame and comfortable-for-me grips I have found this gun easy and fun to shoot. Also, at 32 ounces the gun doesn’t feel particularly heavy.

Do we call it an investment?

While more expensive brands like the Ruger or a Smith & Wesson are more user-friendly, with the Rossi, you get what you paid for, meaning the trigger breaks cleanly with a slightly stiff pull, the standard rubber grips are great for absorbing recoil but will only really fit a large hands easily, and it’ll go bang every time.

If you’re like me and just enjoy shooting, consider giving the Rossi a look. Especially if you’re just getting into revolvers, at around $350 the Rossi is a worthwhile investment.