What does it take to make a reliable single-shot hunting rifle? Besides a competent trigger puller, a reputable manufactured system and a decent cartridge (depending on the game, of course). Now that that’s established this is a perfect time to segue into a discussion about Ruger.

I love Ruger revolvers — some of the sturdiest revolvers I’ve ever owned — but my love for Ruger has expanded because of the Ruger 1-S .475 Linebaugh big bore rifle. 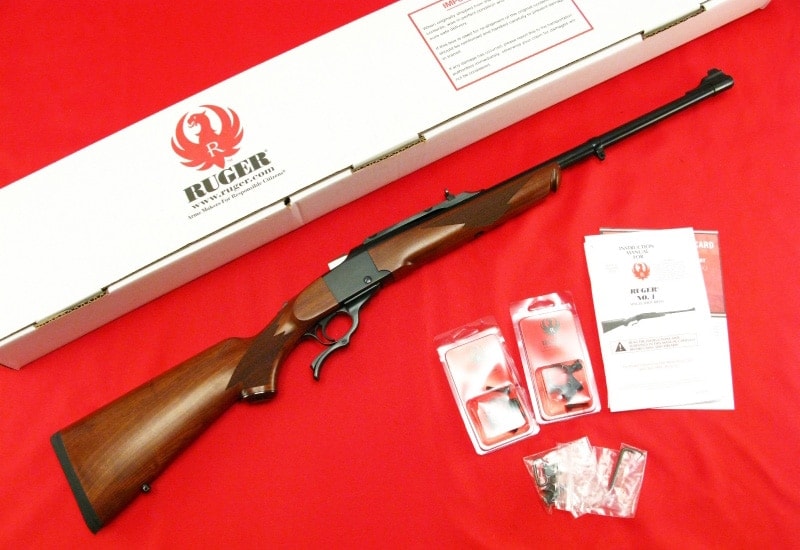 Going by the call sign 1-S, the rifle’s receiver and finger lever look strikingly similar to the Farquharson rifle, which was patented by the desinger in 1872, but appearances, of course, are where it stops. The 1-S is definitely all new and all original Ruger.

The 1-S is blued to perfection and utilizes a sharp walnut wooden stock. The rear sight is adjustable and the rifle comes with provisions for a scope. The gun is a falling block single shot style rifle, giving shooters of old something rather familiar to look at.

Some folks do not like single shot rifles because there is no follow-up shot immediately available should something go awry, but fans of the single shot argue that you shouldn’t pull the trigger until you know you’ll hit the target. 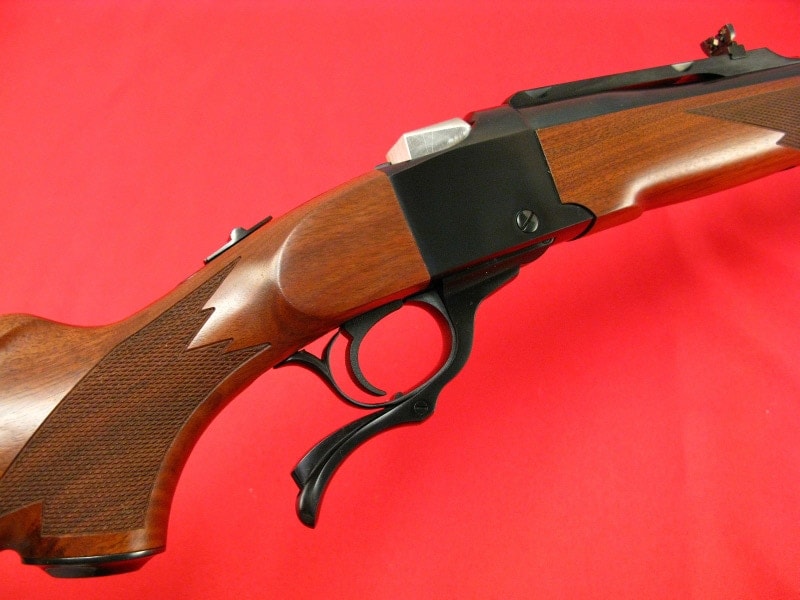 The finger lever works similarly to any other lever gun, but since the 1-S is a single shot, pulling the lever down opens the chamber for a round instead of feeding one in from a tubular magazine. One simply has to pull the lever down, load a round into the top of the gun, and then pull the lever back up. Once that is done, the 1-S is ready to go hunting.

The 1-S sports a 22-inch barrel, making it compact enough to carry around comfortably, but accurate enough to become a problem for whatever is in its sights.

The entire gun is 38.5 inches long and weighs around 7.5 pounds, too, which also makes it less of a burden to tote around all day. Like any carbine, it won’t be too bulky or heavy to take with you into the rough.

The rifle’s trigger breaks at a tad over 4 pounds, which is just enough to give some resistance but not so little as to be scary.

The .475 load is roughly comparable to a .44 Magnum, but in rifle form the felt recoil is far less. In short, the 1-S doesn’t kick like a mule, but you’ll know you’ve fired it.

The .475 round was originally designed for the Ruger Blackhawk revolver in 1988. The round was extremely powerful and was designed to take down big game. How big?  Bear big. In fact, the .475 handgun was even more powerful than the famed .454 Casull. The bullets zipped out of the muzzle at 1,500 fps and in the neighborhood of 1,800 foot-pounds of force.

Much later, in 2003, Ruger came up with the .480 round. It’s essentially a shortened .475 that prodcues less pressure than the .475. As a result, the felt recoil is much lower but it’s still a very potent round. The nifty thing is that the .480 can be shot out of the same firearm as the .475 rounds.

Much like .38 Specials can be fired out of .357 pistols, the .480 provides only a tad less pressure and felt recoil, but the difference is noticeable enough to be mentioned here. 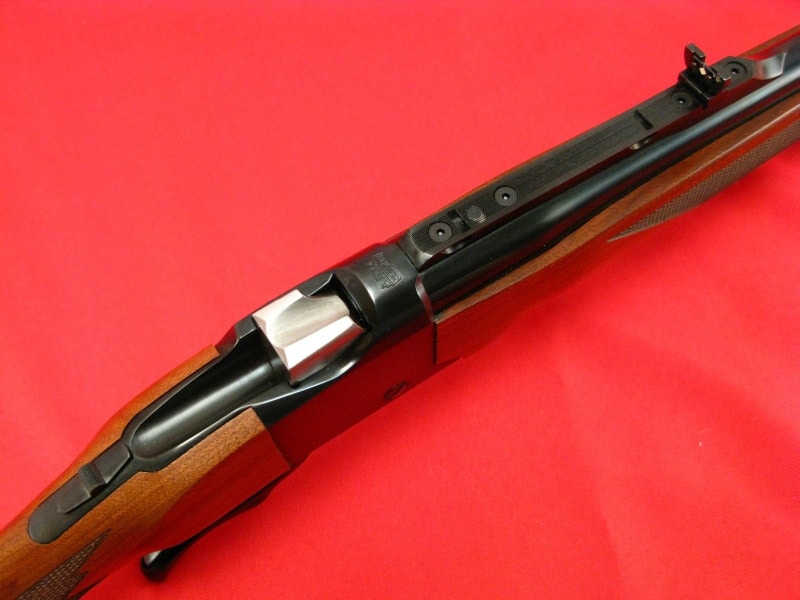 A top view of the Ruger 1-S. This rifle is also equipped with a tang safety, which is easily accessible for the shooting hand.  (Photo credit: Gun Auction)

(Note to reloaders: Be careful not to mix up the powder weights for these two rounds. Filling a .480 casing to .475 specs could turn out very, very ugly. Check and re-check your work, especially if you use and reload both types of rounds.)

If you have done any research on the 1-S .475 Ruger, then you have probably noticed the long-standing debate over which is better: the .45-70 or the .475. Both are great cartridges that have been used for hunting for years and years. In the end, the ballistics tests done by the folks at Guns & Ammo (September, 2011 issue) show that the .475 doesn’t have a problem holding its own.

The 1-S is an awfully well designed and good-looking carbine. I have never heard of a single 1-S owner complaining about theirs. If you want a powerful big bore rifle that utilizes timeless, efficient design, I would give the Ruger 1-S .475 a look-see.