Gun Review: The Ruger Vaquero is even better than the real thing 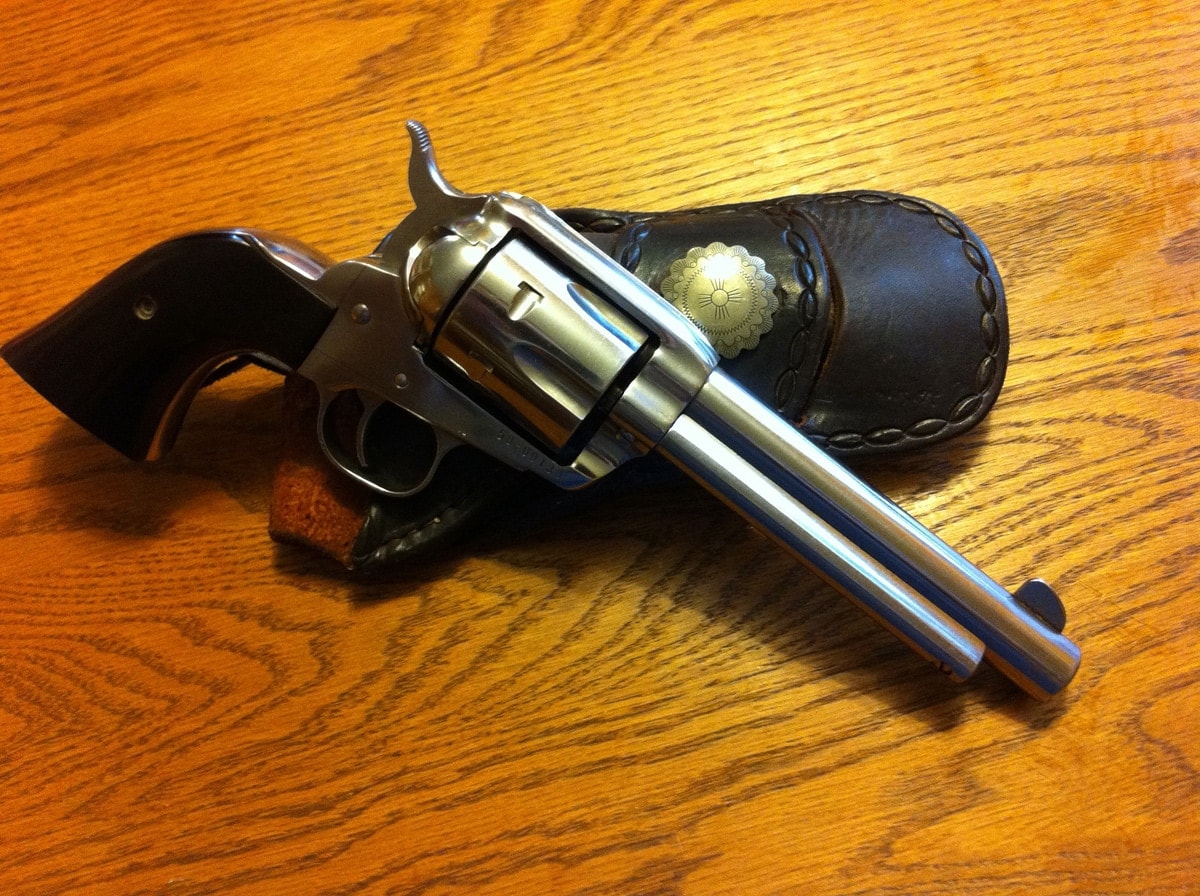 The Vaquero is Strum, Ruger, & Company’s take on the classic Colt single action, “The Peacemaker”, of Wild West fame. Calling the Vaquero a reproduction of the Colt would be wrong.  It’s more of an inspired-by.  This Ruger was developed to contend in Cowboy Action Shooting competitions.

The Vaquero takes the aesthetics from the Wild West and marries it with modern features.

The Vaquero is currently chambered in .45 Long Colt and .357 Magnum.  Ruger’s coiled springs give the Vaquero a smooth, even action than the traditional leaf springs used by Colt can’t match.  This makes it sound different than the the hammer rolling back on an old Colt, but the sound it makes when the trigger falls is the same. The sound of Old West justice being dealt, the revenge killing, desperadoes holding up a bank — or a dude dressed like a Hollywood hero blazing glory at silhouettes of “bad guys.”

The Vaquero is offered with three different grips — Standard, Bisley and Birdshead.

The old model has thicker cylinder walls than most other revolvers.  These are sought after by reloaders who want to use hot loads.  Most reloading manuals have Ruger specific data. The new model is not rated for these loads.  It should also be noted that shooting reloads voids Ruger’s warranty.

So how does this “Peacemaker” stack up to the original?  Well, there is nothing like shooting an original Colt, but that’s not a bad thing for the Ruger.  Holding an actual piece of history in your hand is priceless but so is being able to run boxes and boxes of rounds through a well balanced shoot’n iron made from modern steel.

Shooting the Vaquero is a joy.  They are well balanced and have a natural point of aim.  The trigger pull on the ones I have shot have been good and crisp.  I didn’t measure them but would say they are in the 3-4 pound range.  It is common for the Cowboy Action shooters to do a trigger job on these.

I have found the Vaqueros to be very accurate.  The fixed sights were dead on from the factory.  The front sight is tall, so it takes a little practice to find where to hold — unless you want to file it down, which is why they make them with that tall to begin with. 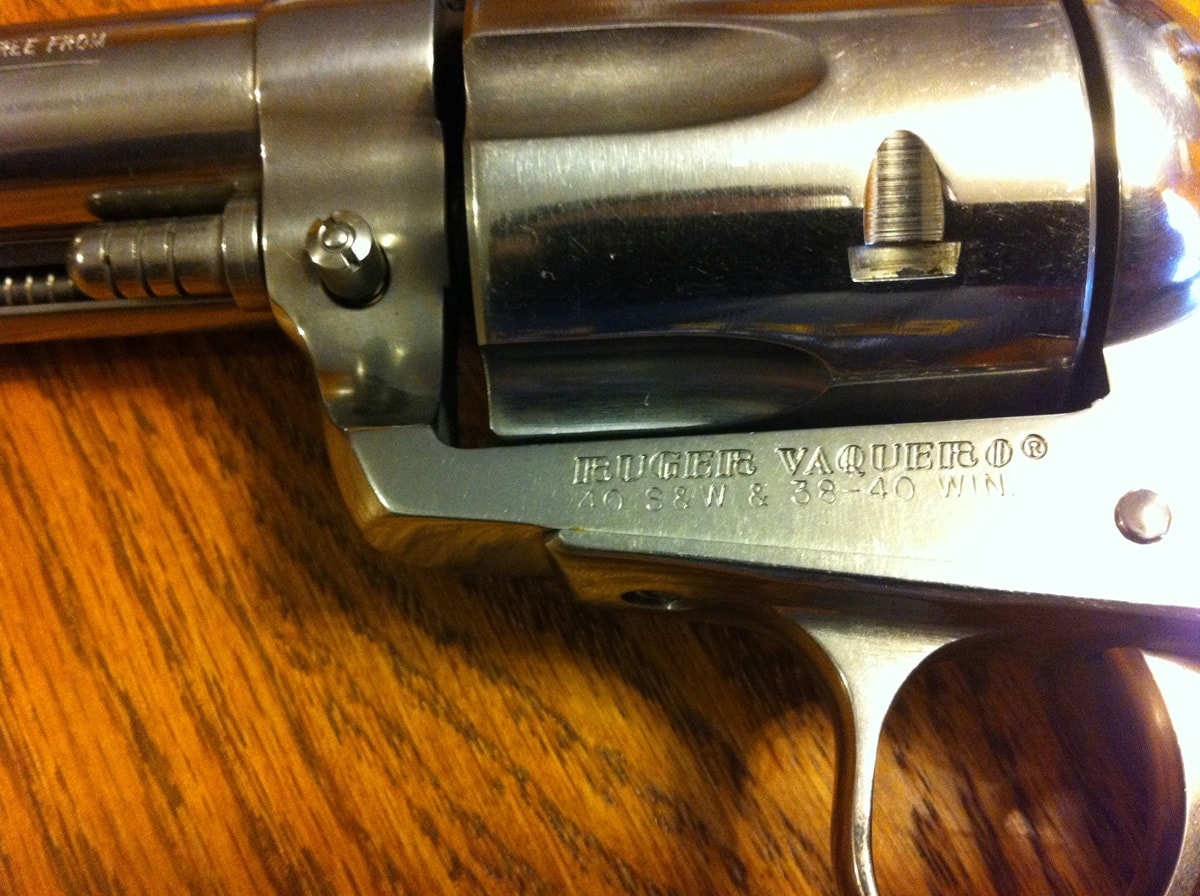 The Ruger has some safety features that the Colt and its copies are lacking.  A hombre can carry all six cylinders loaded and not have to worry about blowing a .45 caliber hole (or .38) in his new alligator boots.  This is accomplished by the use of a transfer bar.

The modern internals also make for a slightly faster reload, by not requiring the hammer to be brought to halfcock before the cylinder will rotate.  Cowboy Action Shooters can benefit greatly on the reload rounds when that pesky scum belied worm dog cheating steel target calls them out. 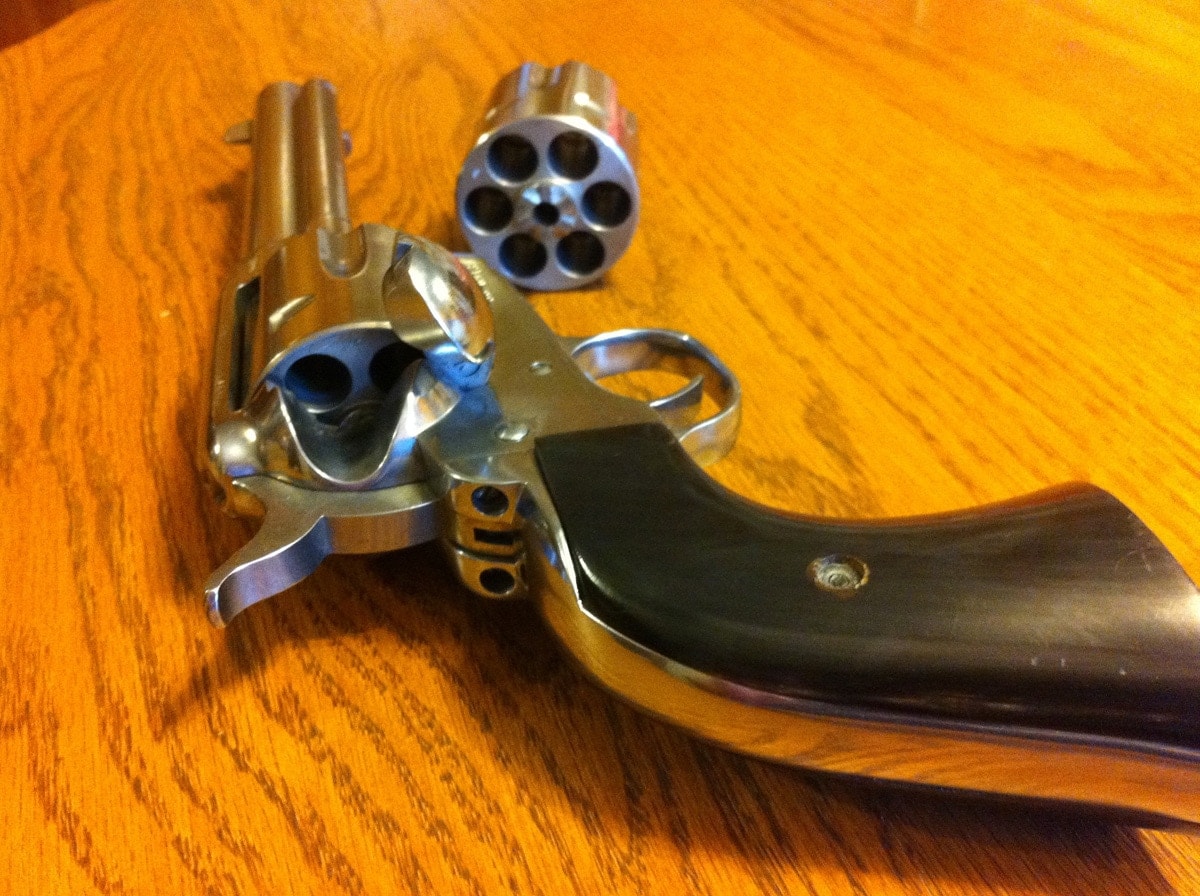 The Vaqueros I have had the pleasure to own and shoot will do as good as the person behind the trigger and are reliable box after box. The combination of modern internals and the fixed sights of old work in harmony in this firearm.  In my opinion, unless you have a need to shoot a completely accurate copy of a Colt, or have the money to own an original, the Ruger gets the tip of the hat in its price range.