When I buy a .22 rifle, the way it comes out of the box is the way it stays.  All I’ll add is a cheap scope. I can’t see spending hundreds of dollars on a top-notch scope, trigger job, bedded stock, laser, flashlight, and whatever else people add to rimfires. I buy .22 ammunition in bulk, 555 rounds at a time, and as a result, I don’t expect much from them. I use a .22 to make holes in tin cans. The only time I’ve ever shot .22s at paper targets was at Boy Scout summer camp. After all, if I wanted to shoot sub-MOA groups at 100 yards and beyond, I would spend the money on a 6mm rifle with a bull barrel and Leupold scope.

As you can probably guess, I didn’t have high standards when I searched for a bolt-action .22 a few years ago. During my month of research, I became intrigued by Savage’s AccuTrigger. At that time, Marlin, my first choice, hadn’t yet created its own version of the easily adjusted trigger. I was caught up in the Internet tales of astounding accuracy and I wondered how I had managed to survive so long without an AccuTrigger gun. This miracle trigger suddenly became my only requirement for my new rifle. And of course, this video bragging on Savage accuracy sealed the deal for me. I had to get a Savage.

The basic Savage Mark 2 looks good with a wooden stock. The checkering is sharp and a piece of paper slips between the forearm and the barrel, showing that the barrel is indeed free-floating. The one blemish is the plastic trigger guard. The cheap metal sights do nothing to set the rifle apart from other companies’ poor quality sights, but no matter. I put a cheap scope on top anyway. The rifle’s Monte Carlo stock lets my face naturally meet the wood in the right spot that allows me to see through the scope.

The Savage Mark 2 .22-caliber rifle is what a plinker should be. (Photo by Matthew Forte)

Now, for the reason I choose this rifle over others — the trigger. First, I wish I could adjust its pull weight without separating the stock from the barrel and action, but once the gun is apart, fine adjustment is easy and quick. 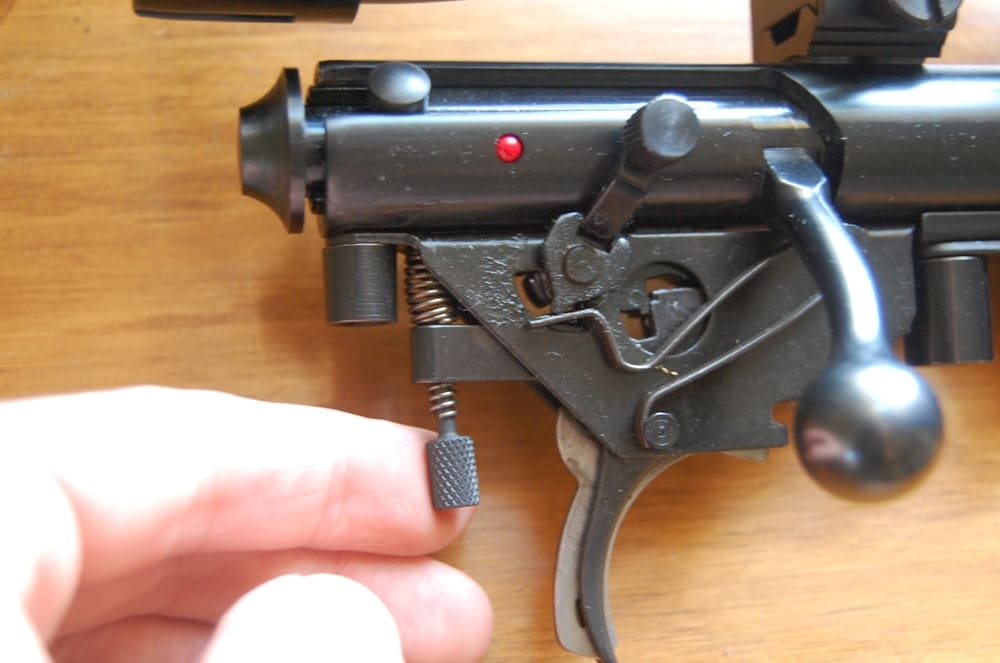 The Savage Accu-Trigger after removed from the stock. It’s easy to adjust, but difficult to feel for the author to feel the change. (Photo by Matthew Forte)

Second, I don’t think the trigger lives up to its advertised greatness. I’ve set it to its lightest weight and it still takes a firm pull. If you need a hair target trigger, this ain’t it.

The stamped metal 10-round magazine curves toward the muzzle and is exactly the wrong place for me — right where my hand goes when shooting the rifle offhand. I wish Savage had stolen Ruger’s rotary magazine that fits flush with the bottom of the stock. But the Savage magazine feeds ammunition smoothly into the chamber and hasn’t given me any trouble.

Again, I don’t think it measures up to the advertisements, but it’s good enough for me. I tried to shoot groups at 100 yards, but my cheap scope wasn’t up to the task.

At 50 yards with Blazer 40-grain bullets fired from a bench, most of the shots were inside a 1-inch circle and several were outside that group.

In the end, I have two reasons to defend the rifle. First, I tried only one kind of ammunition. To truly gauge the rifle’s accuracy, I’ll need to shoot at least a handful of brands. Next, like I said before, I didn’t spend much on the scope and at 4×32, its magnification probably limited my ability to shoot the rifle well. 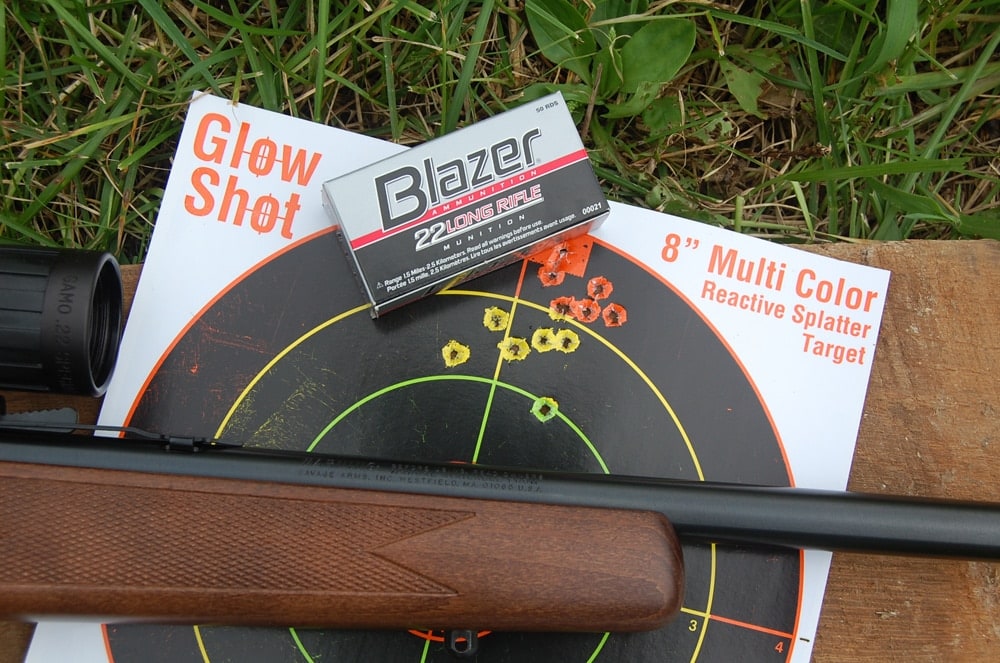 Shooting high, but in the center with Savage Mark 2. (Photo by Matthew Forte)

Almost as good as advertised

When I purchased this rifle for about $200, I wondered if I should have just found a used .22 for $120. But every time I take this rifle to the range, I’m glad I paid the extra money for the Savage.

It’s a nice-looking rifle and it shoots well enough that if I miss clay pigeons or tin cans at 50 yards, I deserve ridicule. My only regret with this rifle is that I bought a $20 scope for a rifle whose fine lines and decent accuracy warrant something better.