Last week, I ran a review of the Beretta PX4, the Full Size version in 9mm.  But I have a rare opportunity–Beretta sent me all three sizes to review.  So I thought I’d do a follow up.

There is something to be said for shooting three sizes of the same gun, side by side.  It exposes all of the subtle differences.  And, to my surprise, it shows where the guns are almost indistinguishable.

All of the guns in the PX4 Storm line share the same controls.  The magazine release can be switched for left handed shooter.  The ambidextrous safety swings up for fire, down for safe.  The slide release is easily accessible from a shooting position without over-extending your thumb.  The frames are polymer and the slides are steel.  The back section of each grip can be changed out to accommodate different hand sizes.

And the guns work.  I’ve been running 9mm rounds through these guns for two weeks and haven’t had any difficulties.  Everything feeds.  Ejection is clean and consistent.  Two weeks isn’t enough time to make any kind of serious predictions, but I’ve put several hundred rounds through these guns and they show no signs of wear.  And there was no bogus break-in-period needed.

Here are the technical specs. 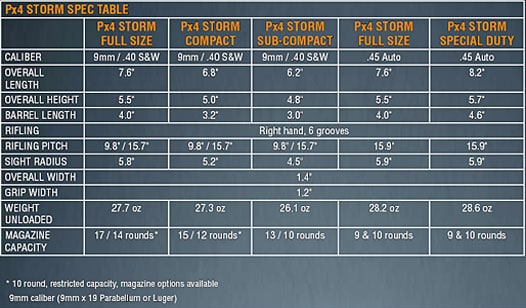 Looking at the 9mm options, the distinctions look minimal.  There is less than an inch of difference in their respective heights.  Yet 9mm magazine capacity runs between 17 and 13.  Their barrels vary in length by one inch.  The length difference is also small–1.4 inches.  And all three sizes have the same list price.  The MSRP is $550 on each.

The Full Size PX4 would make a great primary weapon for law enforcement.  It would also be a logical choice for competition.  The gun feels full sized.  While concealing the Full Size PX4 is complicated, it isn’t impossible. 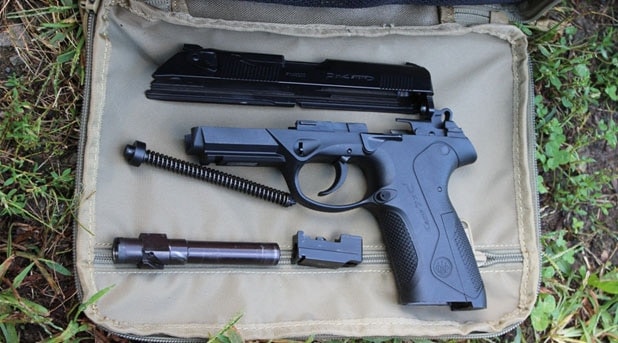 The rotary barrel system makes this one of the smoothest shooting automatics I’ve handled.  The recoil of the full sized PX4 moves back more than it does up, reducing muzzle-flip.  With many guns, I have to take an extra second between shots to align the front sight.  I typically over correct, tipping the barrel down and left, and have to pull it back up to find the target.  Not so with the PX4.

This is the first gun I’ve reviewed that makes me think I could compete.  I know my weaknesses.  But I can empty the 17 round magazine consistently, accurately and fast enough that shooting it is starting to get noticeably expensive. 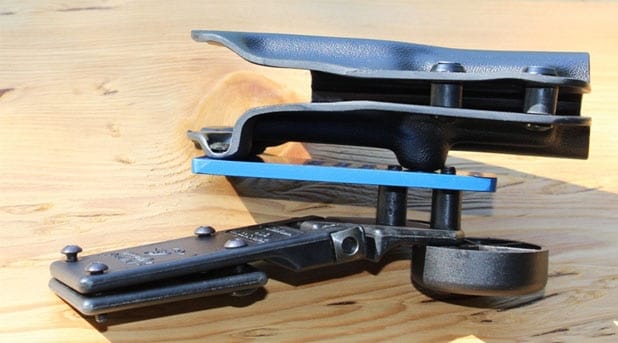 A good holster helps.  This one is an Amadini Stinger, sold by Beretta, with competitive shooters in mind.  And it is a solid holster.  As it sits farther away from my hip, I can draw in a much smoother motion.  I’m not used to wearing any sort of holster that anyone can see, so having this beast jutting away from my side makes me feel like a polymer cowboy.  But the gun snicks in with that perfect precision, and pulls without any hang-ups.  It is both secure and fast, two things that don’t often go together.

This may be the perfect PX4.  If this were a competition based only on how these guns feel, this would be it for me.  The weight is ideal.  I know I’m relying way too much on opinion right now, but that’s how this type of evaluation works.  The Compact version feels like an extension of my arm.

In truth, the Compact PX4 draws better from a holster.  Not the fancy speed holster.  But defiantly from the small of my back.  While I didn’t time it, I’m confident that I clear the holster faster. 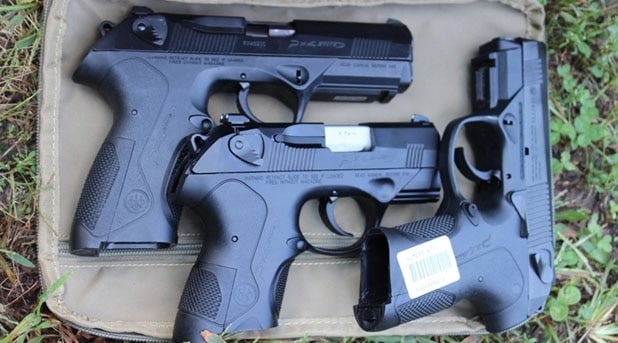 The Compact is ideal as a main weapon.  It isn’t that much smaller than the Full Size.  Not enough that there are tangible differences.  In fact, I’d argue that the lower round count in the Compact’s magazine is a distinct disadvantage.  But I come back to the way the weapon feels, the way it draws, the ease of use.

But the sight radius is a touch shorter, and there would have to be some accuracy sacrificed by the shortened barrel, though I couldn’t actually measure it in any of my groups.  It shoots just as well for me.

There is a noticeable difference in the Sub-Compact.  It isn’t that much smaller, but it lacks the rotary barrel shared by the other two, in turn the Sub-Compact kicks a bit more.  It is a three inch 9mm.  As such, it is going to have a bit more kick.  Muzzle flip on this gun is noticeable.  This means that repeat shots happen more slowly, or with less inherent accuracy.  But that is to be expected.

The grip still encloses a double-stack magazine, so there is plenty to hold onto.  The magazine’s floor plate has an extension that lowers to accommodate the pinky (though I still have to squeeze uncomfortably tight to get all four fingers on the grip). 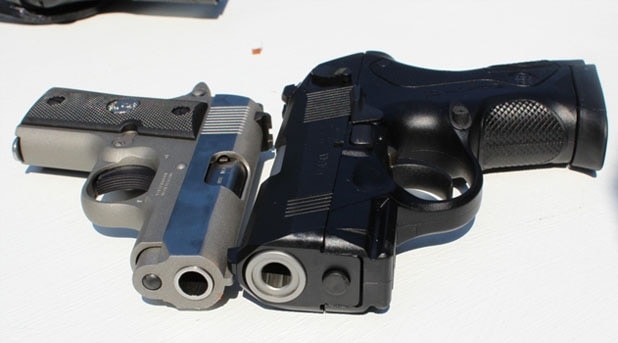 The Sub-Compact is hardly a subcompact.  I’m not taking issues with Beretta’s labels, but this is a big subcompact.  It is like a full size gun that’s had its wings clipped.  The barrel is shorter.  The handle is shorter.  But that’s all.  The rest of the controls are right where you will find them on the other two guns.  And this isn’t true of some of the other back-up gun models.  The Colt Mustang, for example, works like a 1911, but everything is smaller, and that takes some getting used to.

End of the road 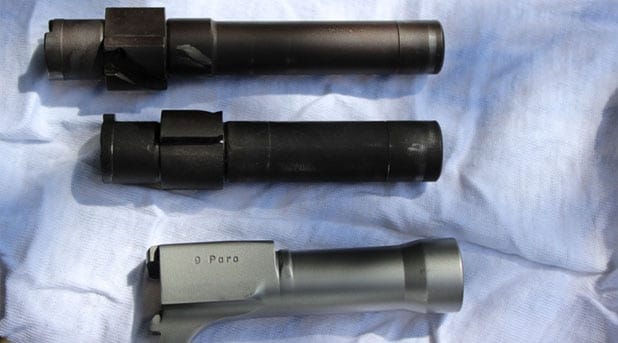 I’m having a hard time deciding if I prefer the Full Size or the Compact.  When I chose one for my initial review, I thought the Full Size would be better.  But I’d be more inclined to carry the Compact.  It is bigger than most compact pistols, but it feels exceptionally well balanced.  The guns draws flawlessly.  It shoots to point-of-aim consistently and quickly.  Break down and maintenance could not be easier on all three.

If you’re looking for a new 9mm, I’d highly suggest the PX4.  You won’t be disappointed.