SHTF Show-off: AK vs SKS vs Mosin-Nagant at the end of the world

The landscape is awash with the drab colors of inevitability. The overcast sky hasn’t been blue for decades, once-friendly neighbors now kill for scraps of barely-edible garbage. Was it the nukes, a dirty bomb or zombies? Does it matter? In a world filled with regret, you look back fondly with an odd sense of pride at your selection of soviet rifle as your doomsday companion. A rifle without equal, even after dozens of battles and thousands of rounds fired. Wait, what was that rifle again? Was it an AKM, a Mosin-Nagant 91/30 or an SKS? The years have clearly taken their toll on your mind.  As you struggle to regain your memory, you look back at your selection criteria in an effort to recall your rifle choice. 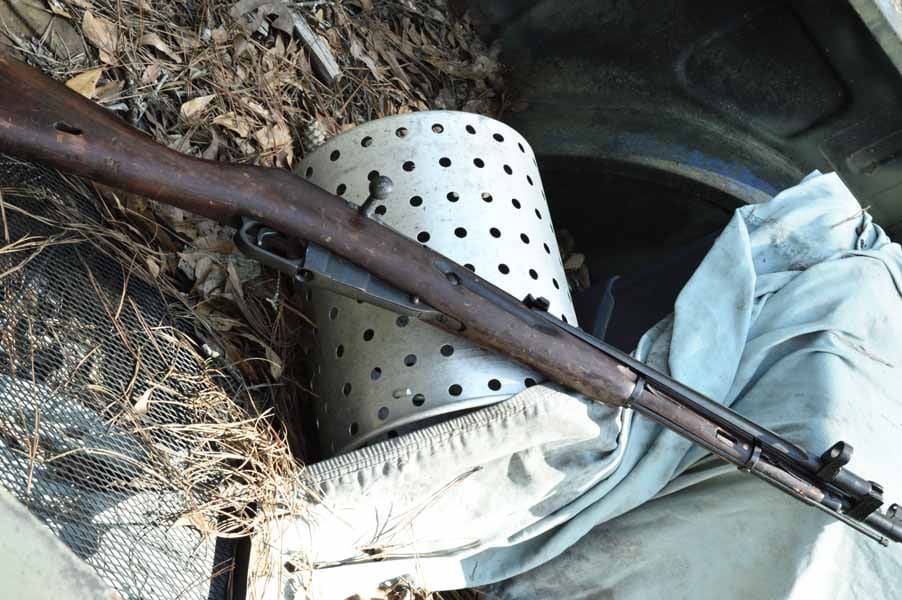 The bane of Nazi soldier’s exists, the Mosin Nagant 91/30 (Photo by Jim Grant)

As you try and recall your frame of mind prior to the last months of humanity, you wonder if the realities of cover and concealment were paramount in your weapon selection process. Much of the now-barren United States landscape not only hides potential threats, but also protect them.

Did you foresee this and pick the hard-hitting Mosin Nagant? Were you so concerned with your enemies hiding behind stone walls or Kevlar vests, that you picked a relic from the first world war?

If you had, you must have assumed you were either going to only be attacked by one aggressor at a time or wait out the end of days in a makeshift bunker, taking pot shots at distant scavengers who dared to enter your domain.  Maybe it was the incredibly low price of surplus 7.62x54r that swayed you to adopt the three-line rifle, or the fact that it is nearly indestructible.

Reasoning that you wouldn’t have survived as long as you have with a weapon so ill-suited for close combat and that not even famed British soldiers performing the Mad Minute would be a match for a half-dozen attackers armed with automatic rifles, you wouldn’t have stood a chance, this couldn’t have been the rifle you selected. 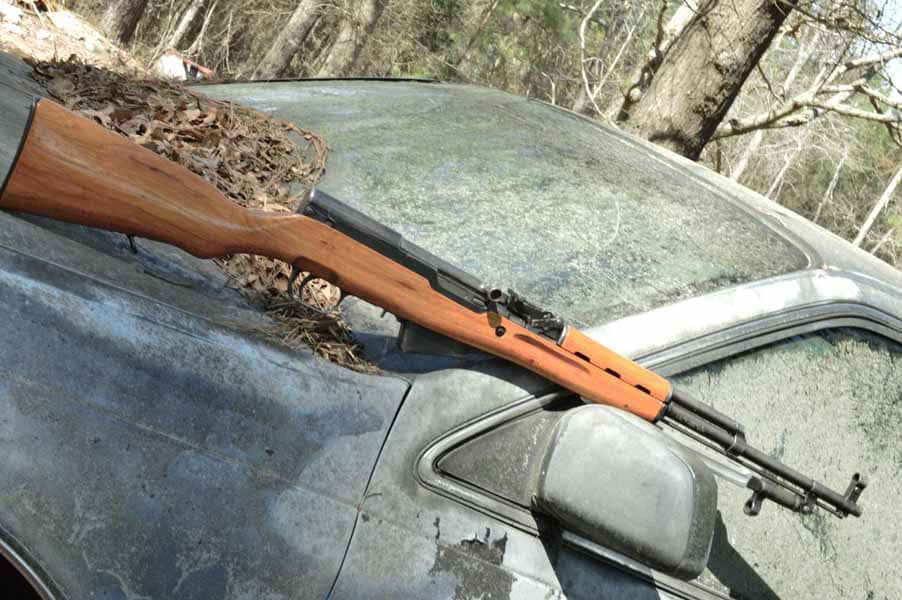 Maybe you chose the AK-47’s predecessor, the SKS-45, a milled, magazine-fed semiautomatic rifle built at the end of the World War II. The SKS’s mild recoiling, inexpensive and commonly available 7.62×39 cartridge would have made an appealing choice for the prepper who wanted to practice before the end of times without bringing ruin to his bank account.

The SKS’s use of a 10-round fixed magazine might have initially seemed like a downside, but also prevented the shooter from losing it. It would also allow you to more easily shoot from the prone position, maximizing your aiming stability while minimizing your exposure to enemy fire. The heavy milled receiver of the SKS, though more exhausting to hike over long distances, would have resisted crushing or bending far better than an AKM.

Lost in contemplation, your damaged eye-glasses slide down your nose, the moment brings you into the present and you remember your terrible eyesight. With no effective means to mount optics, surely you would have chosen a different rifle. 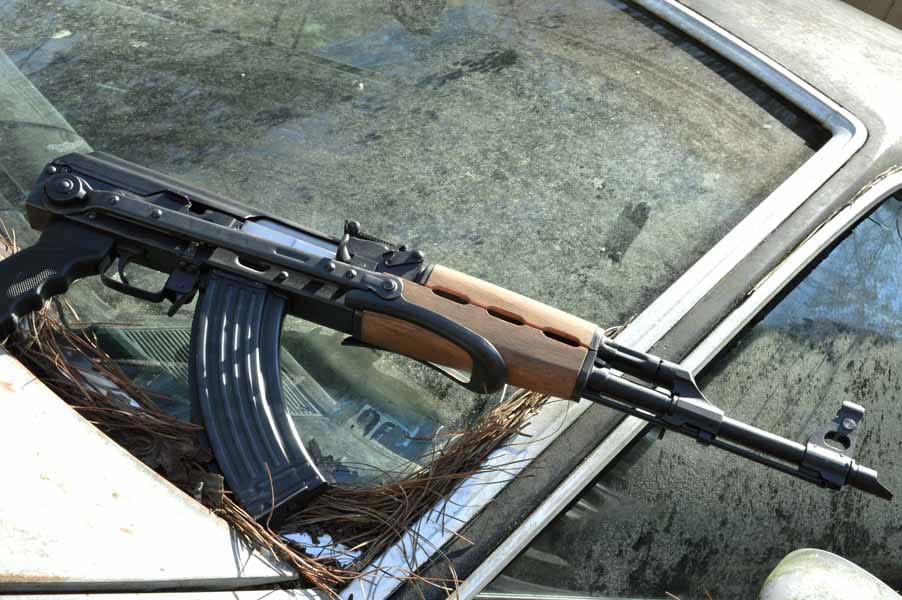 Thirty rounds of , “Get off my damn lawn!” (Yes, we know this is an NPAP) (Photo by Jim Grant)

Miming the familiar rock and lock action of changing a magazine on the Kalashnikov rifle, you recall hours of dry firing and reloading practice you performed while watching news broadcasts of civilization’s collapse. Covered in Soviet military surplus, the irony of using the equipment of a  nation that once threatened nuclear apocolypse to survive it, isn’t lost on you. Though you were thankful for that former dictatorship’s lavish spending on weapons now.

Utilizing an aftermarket mount attached to the side rail, you installed a rugged low-magnification scope on your Soviet workhorse to compensate for your aging eyes. As you struggle to recall the last time the weapon jammed you notice you also don’t remember the last time it needed cleaning.

Looking back at the accessories you installed like the reinforced grip plate or railed forearm you recall how the dizzying array of add-ons seemed to turn the gun into anything except an AK.  Laughing as you recall how concerned you were with having enough U.S. parts to meet 922(r) compliance at the time. You wish your current troubles were so trite or discarnate as appeasing a busybody bureaucrat a thousand miles away.

Nodding to yourself as the worn, hazy pages of your memory limp into focus, you remember with absolute certainty it was the AKM you selected as your bug out rifle. How, even though your wife thought you were crazy for bringing three spam cans of ammo and a “machinegun” with you, they all came in handy. You had certainly made some bad decisions before and since the end, but one you never regretted, was choosing the AKM.