SIG P290RS Review: A vast improvement over the original, but the best subcompact?

When SIG improved the ill received P290, they made massive leaps in their quest to be at the top of the sub compact food chain.

With choices like the XDM and the M&P Shield on the market, SIG had their hands full to not only quickly improve the P290 but to convince buyers to bypass the competition all together. And some would say with the SIG P290RS that they were successful. 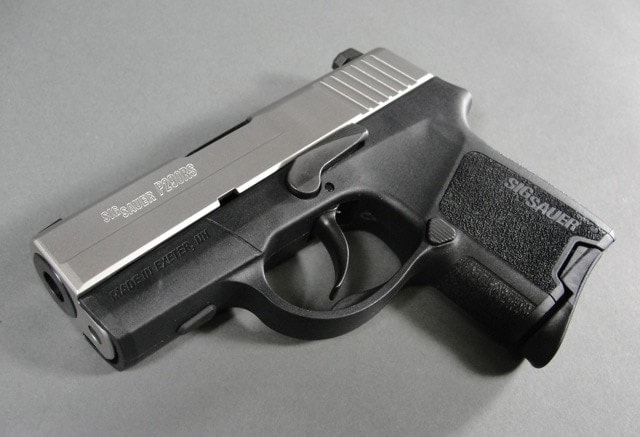 The biggest and most anticipated change to the P290 is the addition of the Restrike capabilities. And the ability to restrike the primer upon a misfire was greatly appreciated. The thought of concealing a firearm that was notorious for misfiring was disturbing to say the least. Along with the restrike, an ergonomic molded beaver tail was added to the frame and the standard carry mag now sports an extension for a more comfortable grip.

The trigger was also smoothed out and made to almost feel similar to the P250. Weighing in at 9 pounds of pull, it is a very distinct improvement.

Returning to the updated P290RS is the infamous SIG Sauer Night sights. Although a little higher profile than some others on the market, they’re still bright and easy to acquire a target. 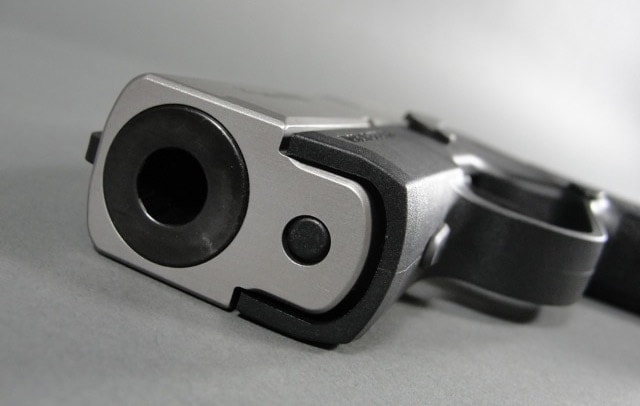 The stippling on the frame has also remained true to the original. The only thing about the trigger that returned was the long pull. With the absence of an external safety, the longer pull makes perfect sense.

The P290RS is offered in a Nitron black matte finish, a two toned stainless, and the SIG signature Rainbow for the more adventurous. The standard OWB holster is smooth and fits snug.

The first trip to the range was extremely unnerving. With the original P290 having multiple issues on a regular basis between being a picky ammo cycler to jamming, it was a defiant leap of faith.

The first box of ammo was a standard frangible round 115 grain. In a box of 50, had one jam, and two failed to eject. The second box was a standard FMJ which cycled flawlessly, so feeling confident, I decided to go for a box of Hornady Critical defense rounds.

Having had several issues with subcompacts and Critical Defense rounds in the past, I was surprised to not only successfully cycle every round but also run a 3-inch grouping from 12 yards. Before this trip only my Glock 19c was performing to those patterns (in my hands). The grouping remained consistent the entire trip even after running 500 rounds through it without as much as a wipe down. 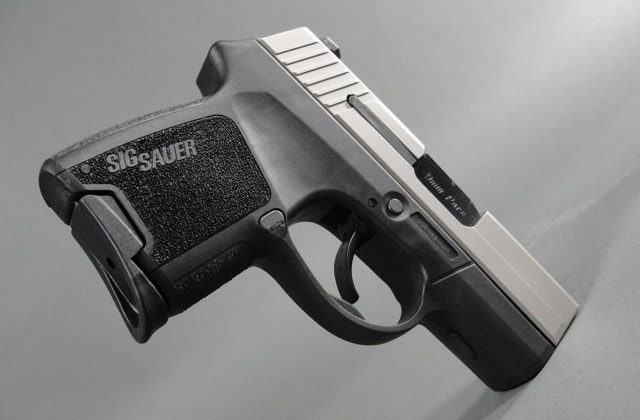 The coned barrel and tight fit of the slide and frame makes for a continued joy to shoot. Every action is repeated exactly the same with no changes. Knowing that you can count on a CCW every time to perform is wonderful — and quiet a relief.

The performance with both magazines was great. The range mag was an added bonus and extremely comfortable. With a full grip on the small frame, it felt more like a compact and handled like one. The carry mag was equally as impressive. The addition of the extension changed the entire grip and added a lot more stability than expected. Running multiple rounds through both magazines and ending with the same impressive results was a very welcomed end to a great day at the range and an awesome break in day.

The SIG Sauer P290RS is a much-needed improvement over the original. The fast tracking of the P290 was in serious need of a makeover and SIG delivered. Keeping true to the SIG family, it is a remarkable piece internally and externally. The smooth trigger and restrike capability almost makes you wonder what the original designers had in mind. The only distinctive feature on the firearm to tell the difference is the addition of the RS on the model number, so when purchasing make sure it is a RS. 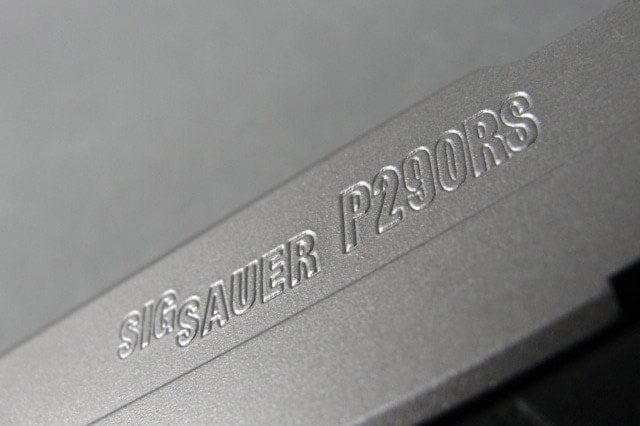 The “RS” is at the end. (Photo credit: On Point Firearms)

I now carry the SIG Sauer P290RS on a daily basis in a Blackhawk IWB, with little to complain about. The grip is easy to grab and easy to conceal. I’ve yet to have anyone actually notice it even when bending over. I have the stainless model, which I personally love and it is surprisingly easy to clean. Field stripping is easy and parts list is short.

If you are in the market for a subcompact, the SIG Sauer P290RS should be on your list to check out. While the price is a bit more than its counter parts at $570 MSRP, the performance will make up for it.