There’s something visceral about pressing a 1911 into your hand, a connection between man and metal. Its instinctive point and shoot functionality makes weak shooters strong, and strong shooters exceptional. Obviously, I love the 1911 platform, especially SIG’s Nitron model. 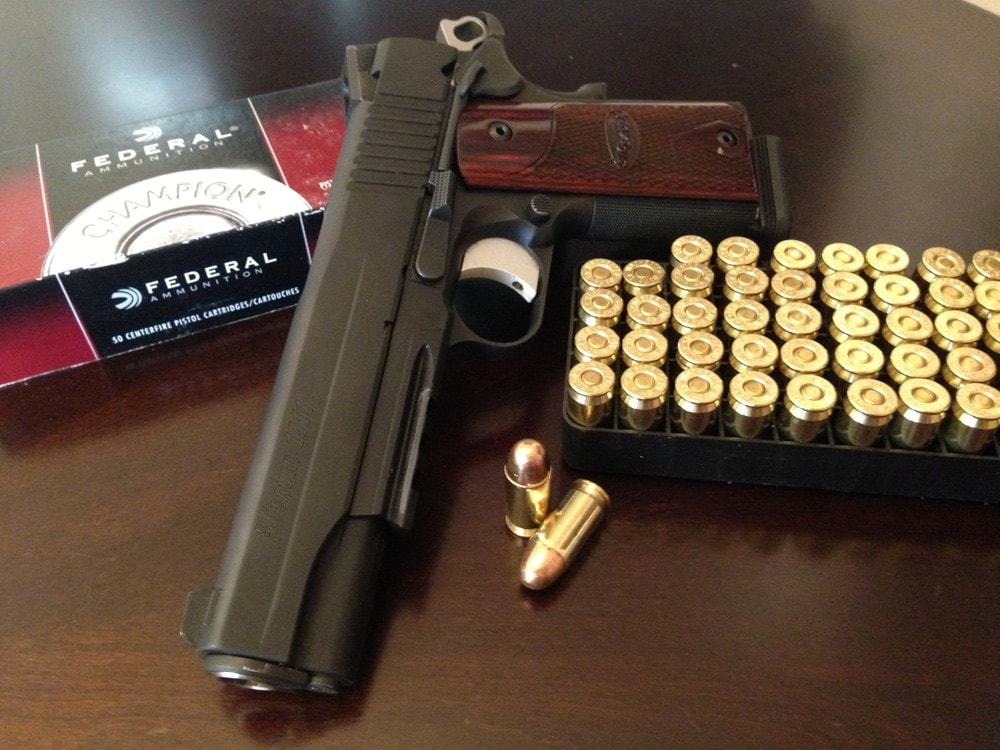 SIG Sauer has been producing weapons since the mid 1800s and began manufacturing in the United States in 1985, so it’s probably safe to say they’ve learned a trick or two along the way.

I’ve owned and used a SIG P229 DAK for almost 10 years and experienced first-hand the exceptional quality they instill into their products. That being said, when I set off on my hunt to find a 1911, SIG was not the first company I thought of. In the end it was my budget and a strong recommendation from a trusted friend that landed me a new Nitron.

Tipping the scales at 41.6 ounces with an inserted eight-round mag, the Nitron is precisely — heavy, which is nice when you’re shooting a .45. Attach a Streamlight TLR-1 and you get even less muzzle flip, allowing for lightning quick and deadly accurate follow up shots. It’s no .22, but for a .45 the recoil is surprisingly manageable. 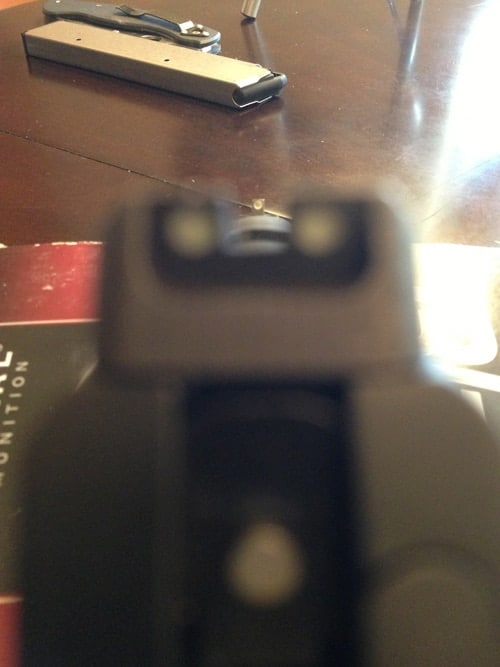 The low-profile Novak night sights are dovetailed into the frame, meaning if you ever feel the need to replace them with a fresh set or just something plain different, you can. The standard three-dot system is nothing new or special, but it’s a proven platform and works well. Couple that with a 6 1/2-inch sight radius and you’ve got yourself pretty darn quick target acquisition.

Well, it’s a 1911, so the trigger better be incredibly good. It is. The adjustable 5-pound trigger breaks consistently with virtually no take up and is as clean and crisp as a fresh Autumn day. Every time you squeeze off a round it’s like taking a breath of fresh air.

When gripping the Nitron was just that, the grip. The very sharp 25 lines per inch checkering on the front strap provides the most positive grip purchase I’ve seen in a long time. Excellent for wet conditions and when the shot counts, not so excellent after sending several hundred rounds downrange. Gloves are strongly recommended for extensive training. 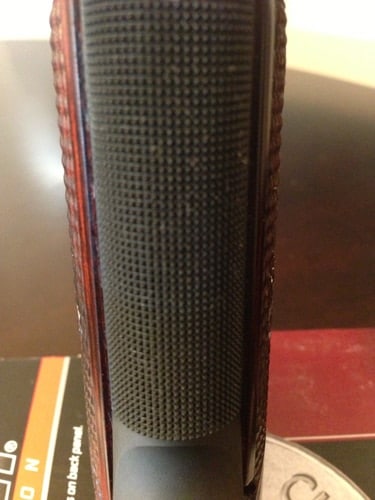 The very sharp 25 lines per inch checkering on the front strap provides the most positive grip purchase I’ve seen in a long time.

I have been shooting since I was 10-years-old and have several years of law enforcement experience under my belt. While I am by no means an expert shot, I can say confidently that getting on target with this weapon is easier than any other I personally have used. I consistently achieved tighter groups, more quickly. It was just plain amazing.

This model doesn’t come with a beveled mag well, but $60 and a couple of common household tools can fix that. Mag exchanges were nowhere near as quick and graceful as a double-stacked pistol, but that’s just one of the sacrifices you make when running a 1911. Kind of like having 8+1 vs. 17+1. But who’s counting?

The safety is not ambidextrous. For civilian concealed carry, this may be acceptable, for law enforcement, I would say, “no.” Also, left-handed shooters will likely find this quite annoying.

The slide profile on the SIG Nitron is unique. While it looks blocky and Sigy and sexy, it actually makes finding a holster a pain. This is probably the biggest detractor to the pistol. Are there companies that make SIG profile 1911 holsters? Yes. Are there many? No. Be warned.

The SIG 1911 platform has faced some criticism in the past. Their earliest iterations were reported to be buggy, having serious failure to feed and failure to eject issues. As of late, their machines run well and the problems have, for the most part, faded into the void. 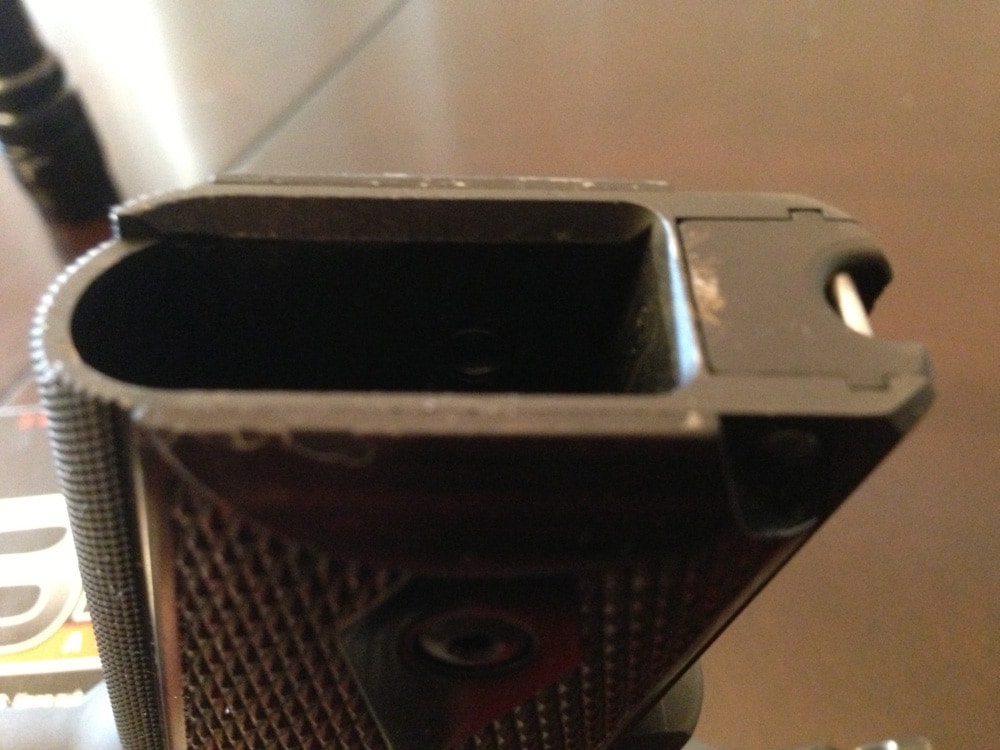 The balance between finely tuned and flawlessly reliable is a difficult one to strike. Too tight of tolerances and you start to get malfunctions, too loose and you sacrifice accuracy. I think the Nitron has struck a reasonable chord. After sending about a thousand rounds of ball and hollow point down range, I have only had a handful of failure to feeds and failure to ejects, all of which were reloads where the bullet was seated much too deep (I should’ve checked the rounds more closely as they were not my own). Other than the reloads there were zero malfunctions.

The 1911 purists may find the external extractor on the Nitron model to be nothing short of abysmal. I am not here to start a debate on variants of the original Browning design, but from what I have seen, there are no issues to be had.

Let’s get to the good part – shooting it. I really don’t know how else to explain it except that I felt like I was conducting a symphony. Eight bowling pins were set up 15 yards apart, with a steel plate off to the side. On the “threat” command, you shoot. “THREAT!” BANG, slap, BANG, slap, BANG, slap… and so on until all the pins were knocked down, writhing in agony on the floor. Then, TINK, TINK… TINK, TINK… scoring double taps on an 8-inch steel plate from 15 yards was nothing short of easy. 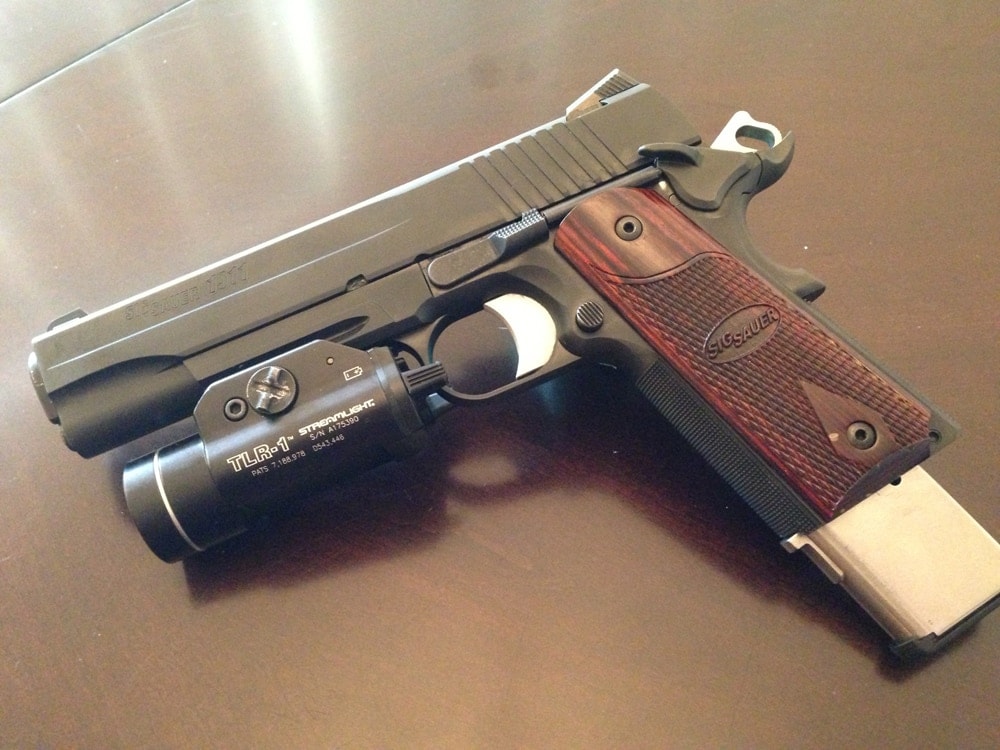 Though I love to shoot this weapon at the range, as far as concealed carry goes, I am not comfortable with this platform. After seeing the malfunctions it had, reloads or not, I am a little concerned and plan to run a couple thousand more rounds through and see what happens.

However, that beings said, for around $1,000 this 1911 is well worth the money and will keep up with much pricier pieces. My assessment? For another hundred bucks or so you can get the TacOps model, which comes with a beveled mag well, ambi safety and super slick black grips. Buy that one.