About six years ago SIG Sauer sold the small Hämmerli Arms company to Walther. And, why should you care about this relatively obscure sale of one Swiss company from one German company to another? Because when that sale occurred, SIG stopped offering their “Trailside” model of .22 pistols. And that, my friend, is a real shame.

See, the Trailside was made by Hämmerli. Hämmerli is a name that is very popular with people who like to shoot high-end competition .22s. A lot of their guns go for thousands of dollars, but they worked with SIG to design and manufacture the Trailside, which was a simplified gun using few (42) parts. Simplified, but still extremely high quality — extremely high quality, but a pretty reasonable price. New, the guns were about $400, or a bit more for the ones with some extras. 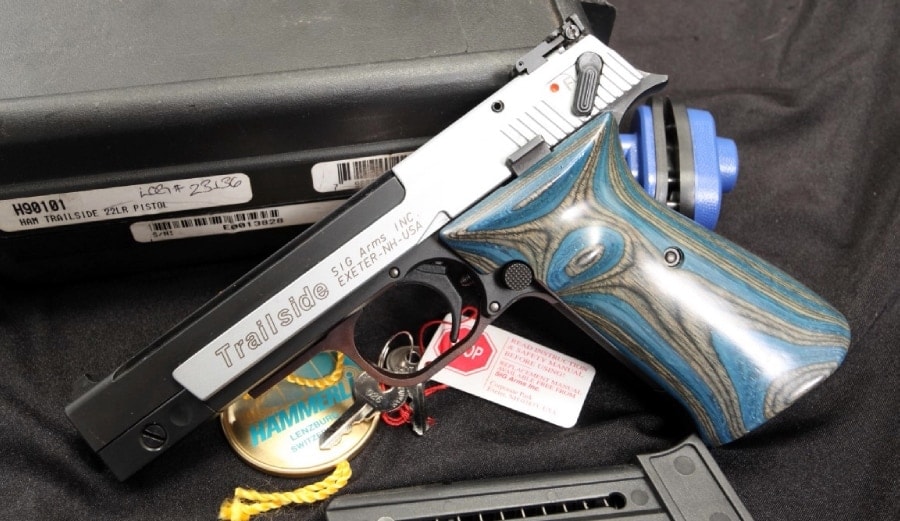 The SIG Trailslide with all its fixings. (Photo credit: Gun Auction)

I had the good fortune to get to shoot a basic model Trailside. It had a 4.5-inch barrel, fixed sights (well, the rear one could be ‘adjusted’ by drifting it with a hammer and punch), and polymer grips.

Sounds basic, right? Is it suitable as a plinker, though? 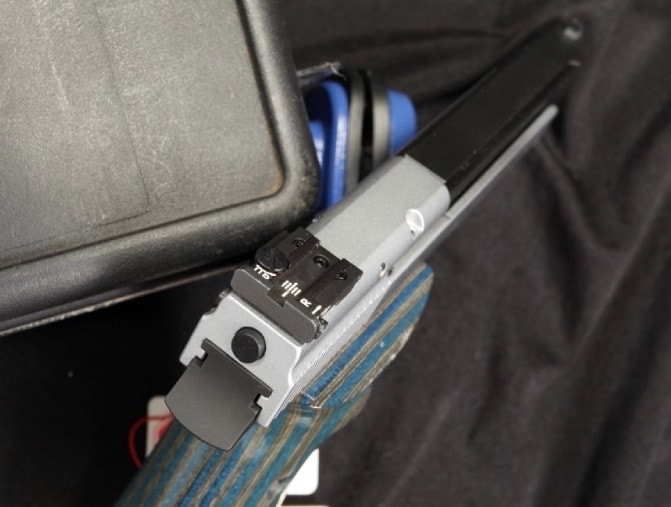 Yeah, it shot like a champ. As in, much better than I am. As in, this would have been a great entry pistol for someone who wanted to get started on the path to shooting competitively. As a plinker, it was easily as accurate as any other gun I have shot.

The reason for this lies in the simplified design. Hämmerli made the gun such that the frame and barrel is all one piece of steel, which was cast and then milled to meet their exacting standards. Exacting standards? Yeah, the guns didn’t leave the factory unless they shot less than a 3/4-inch group at 25 yards. And many people found that they usually did that in practice, using just about whatever ammunition was at hand.

The trigger is also very, very good — excellent — and fully adjustable. It’s smooth and crisp. It is light (factory-set at 3 pounds), and more like a target trigger than something you’d find on a plinker.

The sights, though fixed on the one I got to shoot, are easy to use and accurate. Blade front and notch rear — very basic. The gun also comes with a built-in optic rail on the top of the barrel housing and would easily shoot as well as about any optic you might want to put on it.

The magazine release is where you’d expect it — small button on the bottom back of the trigger guard. There’s a manual safety on the top of the slide at the rear, where it is easy to operate with my thumb shooting right-handed. 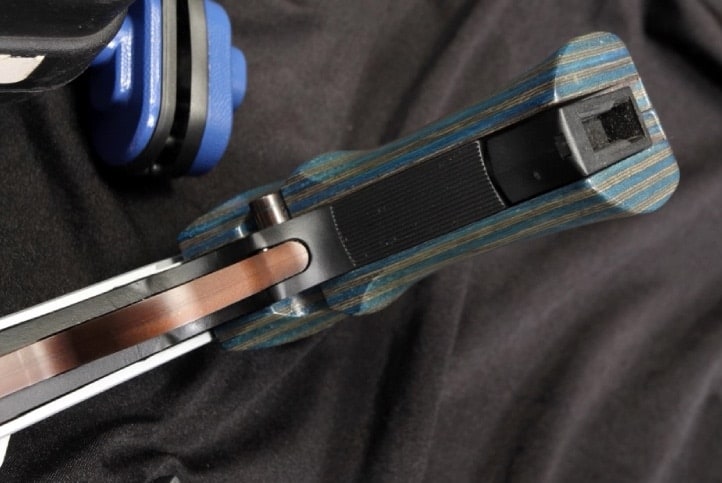 Fit and finish are fine, but not exceptional. This is a gun intended to be used as a plinker, not win awards for beauty. The underside of the barrel housing at the front is removable (and needs to be removed for disassembly) with a small screw. The standard piece is polymer, and I didn’t much care for that. Optional ones made of steel were available, and if it were my gun I think I would get one. This might help a little with the overall balance of the gun, though I didn’t have a problem with that.

The ergonomics are good for my very large hands. The owner of the gun has small hands and short fingers, and he didn’t have any problems with shooting it comfortably either. Recoil is minimal — what you would expect from a full-sized handgun shooting .22s.

The magazine is polymer and seems to work pretty well, though early production models of the gun reportedly had some problems with seating and holding the slide open when empty.

The gun didn’t have any problems with operation, but I only tried a couple of brands of ammunition through it. The external extractor is robust and worked fine. Shooting it was fun — what I expect from a plinker. You could easily spend a day at the range or in the woods with this gun, just having fun. Or if you wanted to get a bit more serious, you could spend time developing your target-shooting skills. It’d be perfect for either use. 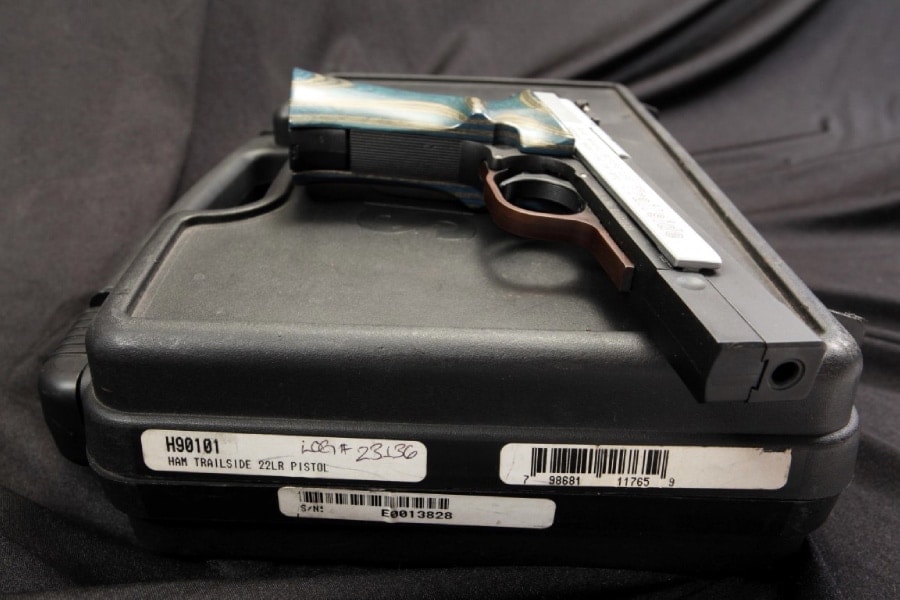 These guns are still fairly common used and I have seen them selling recently in the $450 range — sometimes less, sometimes more. Yeah, that’s more than they sold for new just six or seven years ago, but that’s also considerably less than what a very-similar-looking gun made by Hämmerli for Walther is now offered for here in the U.S.