Singing the praises of the 16 gauges 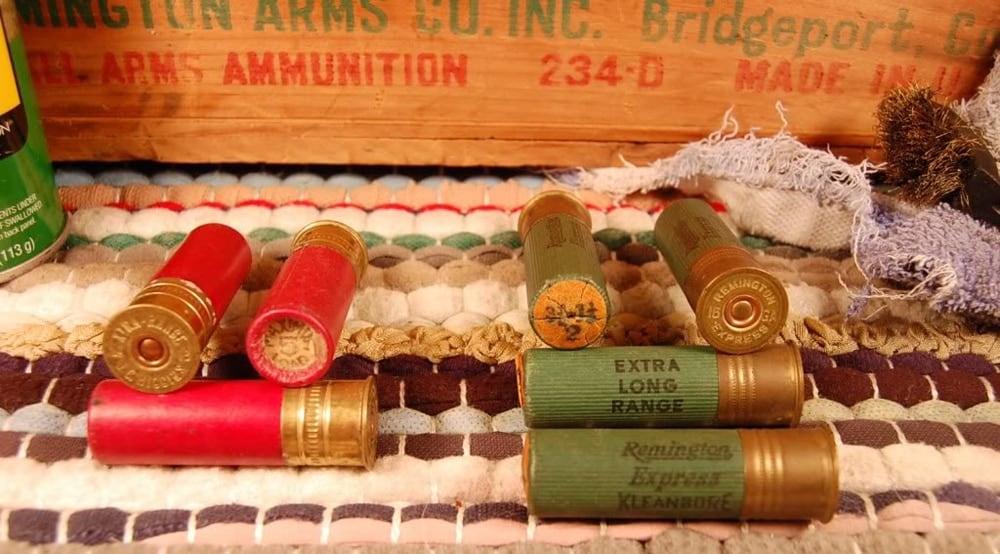 How many among us have slugged our first deer, knocked down farm-field pheasants or just plain cut teeth on a great old 10 gauge? Yet as the times have changed, the gun I find to be the perfect compromise between 12 and 20, and perhaps the single best shotgun to own is being pushed into obscurity. What’s left to love about the 16 bore?

According to the book Cartridges of the World, a fellow named Thomas L. Sturtevant patented a rebated-rim, reloadable, steel 16-gauge shell in 1866. Subsequently, the Roper Sporting Arms Company offered four-shot, revolving magazine guns chambered for Sturtevant’s round. These remained in production until the early 1880s and though little is known of the birth of the 16 gauge, these guns are thought to be its humble beginnings.

The 16-gauge carries a bore diameter of 0.662-inch. Though 2.5-inch shells are not entirely uncommon in Europe, the majority of shells in production are 2.75 inches. For reasons unknown, 3-inch rounds for the 16 gauge never appeared.

What happened to the 16 gauge?

Make no mistake — this bore is far from dead, but there are multiple factors that have led to the 16 gauge’s decline. Essentially, the classic 16-bore is trapped in the void between light 12 and heavy 20. The advent of 3-inch 20-gauge loads bumped that gun closer to the capabilities of the 2.75-inch 16-gauge loads.

It’s fair to wonder, by the way, why the sixteen has never been chambered for 3-inch rounds.  Apples to apples, its 2.75-inch shells hold more and larger shot than the 20s, are lighter to carry afield for upland hunting than the 12s, and are sleeker and more shapely as side-by-sides due solely to chamber size alone.

Also, it is not unreasonable to argue that 20-gauge magnum loads essentially cram too much shot down a small tube, with patterns that may end up blown due to shot stringing, while a sixteen can carry the same or larger load with better outcomes both on the board and at moving targets.  Naturally, the 12 gauge holds the throne for American hunters and with its versatile range from 2.75- to 3.5-inch rounds, the adoration is hard to deny.

Gunmakers as well have hammered nails in the coffin of the sixteen by shutting down production in favor of the 12s and 20s. Another reason for the downfall of the sixteen lies with makers that took shortcuts and basically slapped a 16-gauge barrel on a 12-gauge frame, with a little chamber work thrown in for good measure. So voila, they give the gun buyer a heavy, clunky 12-turned-16.

Other rumors abound that popular manufacturers, in an effort to peddle a backlog of both 12- and 20-bores, were key in the discontinuation of 16-gauge production in both firearms and ammo.

Some contend the downfall of the sixteen came when skeet shooting associations failed to include the chambering in their competitions. Yet no matter the factors stacked against it, these smooth bores have survived to sneak into the hearts and gun safes of another generation of shooters.

Humor me. What if we though of sixteens as the best compromise in a one-shotgun world? Popularity of production and ammo availability aside, the sixteen can handle most any hunting situation of the 12, with significantly less recoil. Though larger than the 20, light loads make it feasible for smaller bird hunting. There are 16-gauge slugs for deer hunting, and  #1 buck loads — 12 pellets — for home defense. Dare to be stylishly different and join the Sixteen Gauge Society (Yes, by the way, this is real and I intend to join).

Sure, I’m guilty of over-loving my Browning A5 sweet sixteen, but the patina of that old wood and the memories it carries could melt the gruffest hunter’s heart. But the A5 was neither the first nor the most popular of the sixteens. Who of the hardcore among us has not fired, owned or yearned for the days afield with the Winchester Model 12, Remington Model 31 or any host of other makes? Old timers will be fast to tell you the catch phrase of the sixteen “hits like a 12, carries like a 20.”

But if shooters wish to tote a 16 gauge afield today, there’s the problem of ammunition.  Sure, there are some fine 16-gauge loads on the market, like Fiocchi’s Golden Pheasant and Federal’s Premium Mag Upland or Game loads. Sadly, though, the nontoxic revolution has largely skipped over the 16-gauge market, save for Kent’s Tungsten Matrix loads. Most sixteen aficionados have taken to the loading bench.

There are plenty of loads available for the sixteen, just not always on the shelf, from 1-, 1.125- and 1.25-ounce shot, to 0.75- or 1-ounce slugs, to good ol’ buckshot. That being said, I’ve been pleased to see boxes of 16-gauge target and game rounds on the shelf at most major retailers. 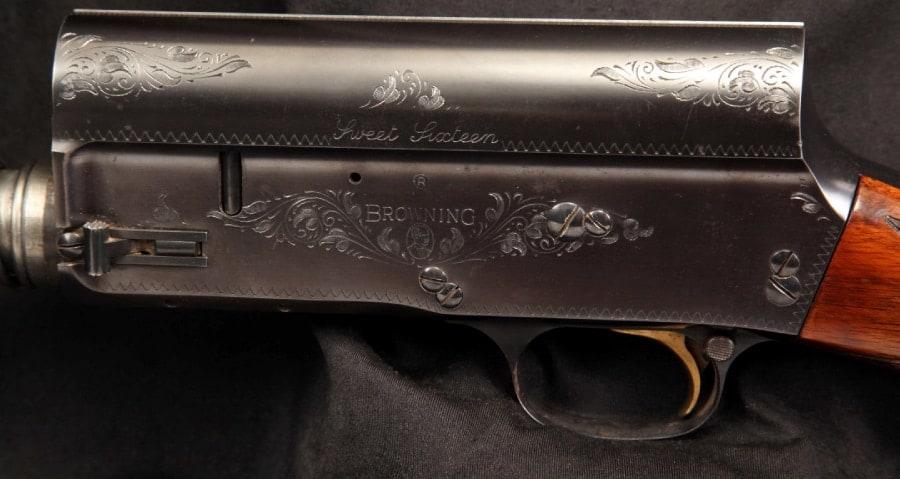 No lie. Sweet sixteen inscribed on the side of the Browning A5’s receiver. (Photo: Gun Auction)

New dreams of sixteens: A gun for every budget

After perusing 16-gauge scatterguns, you get the idea that one must mortgage the farm to afford a fine new gun, but that’s really not the case. Sadly, Remington has ceased production of both its 870 pump series and 1100 autoloaders in 16-gauges. Other manufacturers, however, are filling the void. So if you yearn for the rarer-bore shotgun, check out these current production, or easily obtained, 16-gauge scatterguns:

Browning BPS Hunter – The BPS Hunter has a vented rib, walnut stock, and comes with three Invector choke tubes.  In a sixteen, it’s available with 26- or 28-inch barrel and weighs in around the 7-pound mark.  Retail price is $699.

A high-grade Hunter Grade III model is also available with a nickel receiver and built on a 20-gauge frame for $834. In the past, Browning has produced limited runs of sixteens in the Citori line and there is some buzz that another run may be on the horizon.

The Ringneck has a single selective trigger and 28-inch barrels choked IC and Mod with a retail price of $1,095.

Choked the same but in 26-inch barrels, the Bobwhite has a straight English-style stock and double triggers for $869.  Both guns have fine walnut, engraved color-case hardened receivers, and chrome lined barrels.

Ithaca Model 37 Featherlight – Ithaca has found a market for its 16-gauge pump guns.  This Model 37 wears a basic engraved hunting scene on the matte receiver and comes with three Briley choke tubes.

TriStar vouches that all their sub-gauge guns are built on true frames and each comes with five interchangeable Beretta-style chokes. It retails for $625, though they are available for significantly less from dealers.

Merkel – One of the few manufacturers in the world still regularly producing fine, traditional 16-gauge shotguns, Merkel offers the SxS models in 16-gauge chamberings with its German hand-fit build, box- or side- lock, hand engraved works of art.

Prices start around $3,700 and climb quickly. If that’s where your budget begins, there are several other high-end scattergun makers out there producing 16s that are also more-than-easy on the eyes — think Purdey, Holland, or Parker types. A comprehensive list of 16 gauge firearms and their American importers can be found at Sixteen Gauge Society.

From the deer woods to the grouse and pheasant fields, 16 gauges have claimed their share of game and smashed many a clay target. While time has not been easy on the 16-bore, it has nonetheless survived to woo another generation. The nostalgic among us will carry not only fond memories of times afield with the classic round, but also the hope that it will once again find the popular favor it deserves.