If you’re carrying a single action pistol with any regularity, I’d suggest carring a single action back up.  It makes moving between pistols more natural.  A Colt Mustang or a SIG P238 share controls with their larger .45 ACP ancestors, but they are so incredibly similar.  The Mustang and the P238 are both compact, single stack, .380 ACPs.  Both are excellent choices, but which one is better?

I had a chance to borrow a friend’s SIG P238 recently, and spent the better part of an afternoon trying to answer the question.

I picked up a Colt Mustang last year when Colt reissued the gun.  It is a compact single action, made of aluminum and steel.  The lines are clean.  The weight is manageable, and it shoots better than any .380 I’ve ever shot.  For more than a year now, it has been my go to for in-waist-band carry. 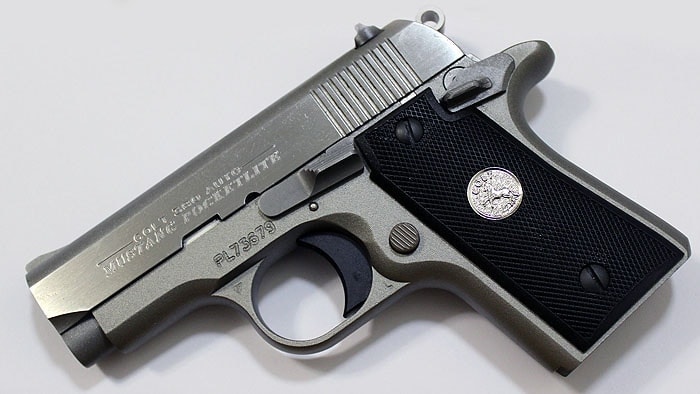 The fixed front sight of the Colt is low, and sufficient for concealed carry use.  It also happens to be dead on accurate at 7 yards.  The rear sight is blued steel, narrow and rounded over.  There’s very little about the gun that could be described as an extra.  No extra slide serrations.  No heavy texture on the front strap or back strap.  The magazine well is barely beveled, though the bullet sitting proud on the top of a single stack magazine makes reloads easy enough.

The SIG is the same basic design, but with some heavy aesthetic modifications.  SIG likes to rework the traditional curves of early single action pistols.  In their wake, SIG leaves angles, corners, and straight lines.  The P238 is the same length as the Mustang, at 5 1/2 inches. 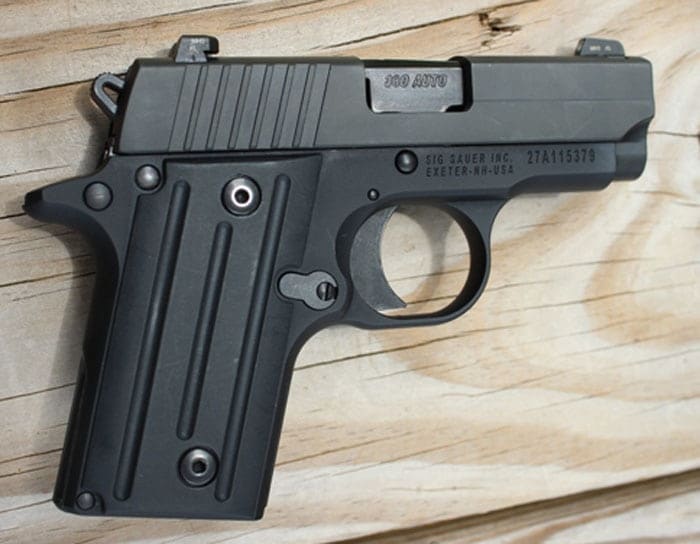 Like the Mustang, the P238 has a six round flush fit magazine, though the SIG’s mag well has just a bit more bevel.  I consider this to be an extra on a concealed carry pistol.  A magazine bevel is nice to have, and you should practice doing reloads.  How often do concealed carry engagements involve reloads?  They seem rare, but I don’t have any hard numbers to back that up. 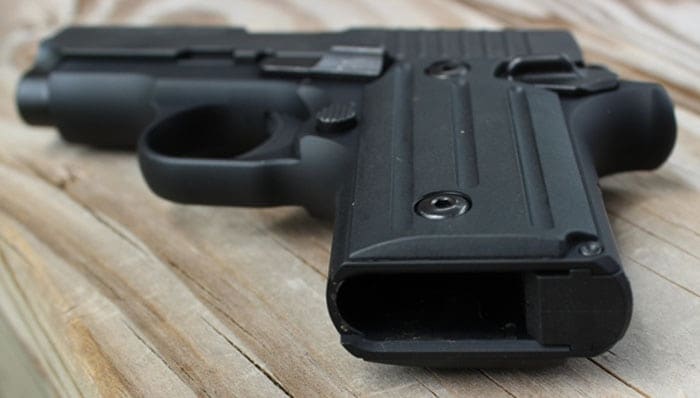 The SIG has a less textured grip, though they do put in grooves on the front and back straps.  When it comes to texture and grip, I think it is a toss up.  Both the Mustang and the P238 are easy to hold.  Any more texture, and the gun might catch on clothing as it’s being drawn.  But the gun is squared off. 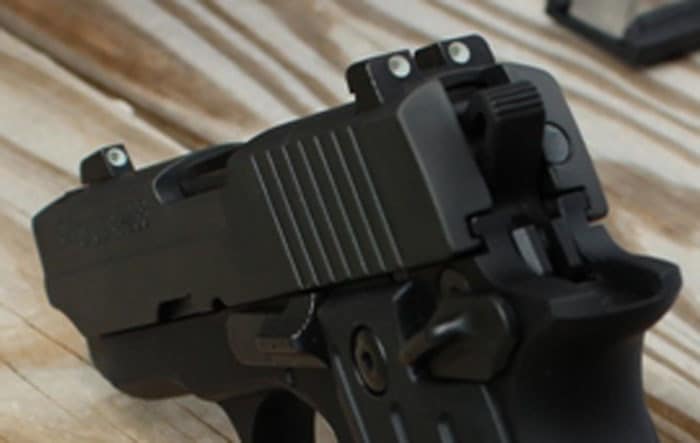 The SIG’s sights are a bit more elaborate.  Since the front and the rear are interchangeable, there are more options.  Most come standard with a functional and fast three-dot system.   They’re SIG’s in-house night sights, and have a healthy glow when it is full-on dark.

The P238s start at the $650 mark and go up from there.  I’ve seen the Mustang for sale for as little as $600.  That’s not that much of a difference, and to further complicate things, both can be difficult to find.  The good news, though, is that these guns hold their value much better than most .380s.

The Colt is only available in one configuration right now, though they’re hard at work on a polymer framed version.  Historically, they’ve been available blued or stainless.  The modular nature of the slides and frames made two tone options possible, though they aren’t common. 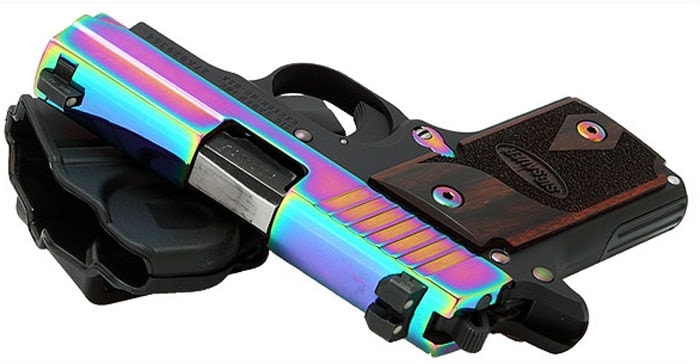 SIG, on the other hand, offers 21 catalog variations.  Most are two-toned, though they come in a rainbow of colors, like the Sig Sauer P238 Rainbow.  I’m a traditionalist, so the rainbow slide is both fascinating and oddly off-putting.  I’ll stick with the stainless.

At the end of the range day, I couldn’t tell much difference in how the two guns performed.  My Mustang is incredibly accurate.  From 7 yards, it is bulls-eye accurate.  I didn’t have the same results with the SIG, but it was still accurate.  The Mustang far exceeds my expectations for a pocket .380.  The SIG met my expectations exactly, and is more than sufficient for concealed carry use.

Both are easy to shoot, and light on recoil.  The weight of the additional steel makes muzzle-flip less jumpy.  As far as .380 pocket pistols go, these two will shoot rings around everything except the Walther PPK, which is less of a fair comparison, as the gun is significantly heavier.

I end where I began.  If you aren’t already brand loyal, it comes down the the looks.  The Colt is an homage to the form and function of the 1911.  It is, in my opinion, a handsome gun.  The SIG, like many of their single action offerings, squares off the lines and leaves a rather angular, rather boxy package.  I respect SIG, but don’t cotton to the looks of the P238.

But that’s opinion.  If you’re looking for better sights, or more stock color options, the SIG wins every time.