While Slickguns.com may no longer be around, we’ve updated this article with links to great deals on the same firearms from Guns.com.

Guns.com also participates in Black Friday deals, which you can find here.

Aside from the regular deals you can find on Slickguns.com, for this week, they’ve collected Black Friday deals as well. If you don’t know about Slickguns, you should check it out. It’s actually pretty cool. It’s an aggregation site for firearm sales that shooters/Internet users post because they think they’re worth a damn. So to get you ready for the Day-After-Thanksgiving sales and maybe keep you out of the busy stores, here’s some of the highlights online shopping has to offer: 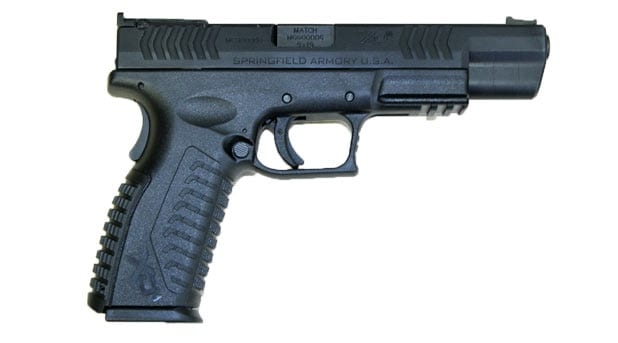 Springfield released the XDM 5.25 Competition this past summer. Unlike the other XDM models, the Competition features a long 5.25-inch barrel, an adjustable rear sight with a fiber optic front sight, and a lightening cut in the slide. The lightening cut reduces weight in turn allows for faster cycling and both light and heavy loads to be used. It’s great for competitive shooting or if you just want a really accurate pistol.

It also has a variety of safety features such as a grip safety, a trigger safety, a striker status indicator, and a loaded chamber indicator. The .45 model uses a 13-round magazine and the kit comes with three magazines, a lock, three backstraps, and a reloader.

I have to admit that every time I hear the name “Mini-14” I think of a .22, but it isn’t. It’s actually a short-barreled M14 replica – at least that’s the idea behind it.

The Mini-14 Ranch is semi-auto rifle chambered for .223 Remington/5.56 NATO and uses a gas operating system. This particular model has a black synthetic stock, stainless steel 20-inch barrel and comes with scope rings. The Mini-14 Ranch is intended for shooting coyotes or varmints, or just plinking, plus you can never really go wrong with Ruger.

Although the original rifle was introduced in 1891, the Mosin Nagant M91/30 was the most abundant variant. This historic bolt-action rifle was standard issue for the Soviet infantry from 1930 and up until the end of WWII.

And the M44 is simply a carbine variant of the M91. It was introduced in 1944 and wasn’t so much used by the Soviet Union, but its satellite nations. They’re accurate and durable rifles, but lack a lot of features. Simply iron sights, wooden stock and stamped steel barrel.

This deal requires you to enter a coupon code and then it’s yours for $219 – only on Black Friday though. 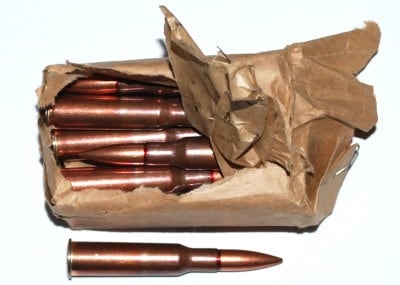 4.  Some of the major online dealers have their Black Friday sales sheets listed on Slickguns, too. Some of the deals aren’t as sexy as the ones listed above, but they’re still good nonetheless. Here’s a few of them:

Midway USA: Here you can get gear like scopes, bipods, bags, knives, etc. In fact, everyday this week they have specific sales items.

SGAmmo.com: They sell ammo, of course, but more specifically they’re having deals on .40, .223, 12-gauge buckshot magnum and 00 buckshot low recoil.

Gearhog: Kind of like the Groupon of the gun world. You buy a gift card for a discounted price.

5. And lastly they’re holding the ads for the major retailers like Dick’s, Academy Sports, Turner’s Outdoor and even Walmart. And they all seem pretty good, but you have to go into the store for the deal, which sort of defeats the purpose of online shopping, but the deal I’m directing you towards just sort surprised me. Gander Mountain posted the Beretta Nano on sale – these guns just shipped and have been piquing the interest of the self-defense crowd since it was revealed (just check out our Youtube video review – it’s been gaining at least 1,500 views a week since we posted it). 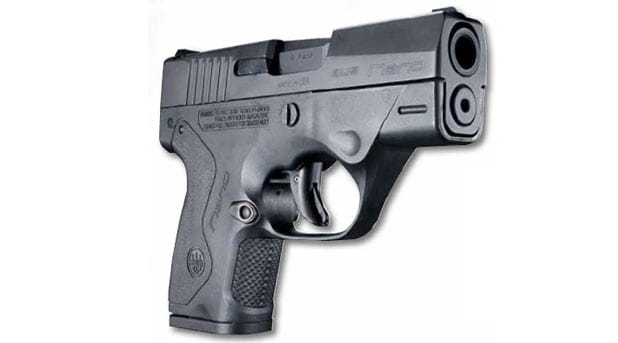 The Beretta Nano is a new pocket pistol with some neat little features like an internal slide catch, adjustable/removable sights, a double-action only trigger and trigger safety. It lacks any extraneous levers like a manual safety or slide release button. And the ad is set an incredibly decent price of $429.

Check out the ad, make some phone calls, I’m sure Gander Mountain has some, but quantities are limited right now and I’d hate for you to waste your time participating in the hellish pandemonium that is aroused by Black Friday Shopping.

Those are some of the highlights Slickguns has to offer. If we missed a sale you think is important, post it below.