One of the ranges we made a bee-line to this SHOT Show was Slide Fire’s.  We had to find out if these conversion stocks were a gimmick or real innovation.  We’re leaning to the latter now that we’ve had some trigger time with them.  They’re great noisemakers, that’s for sure.

If you’re not familiar with them, Slide Fire Solutions makes several models of rifle stocks, the SSAR and SSAK, which allow you to easily bump-fire your rifle, simulating fully-automatic and even burst fire, without modifying your firearm.  The ATF knows about them and has given them their blessing; these stocks are perfectly legal.

First they came out with a model for the AR, then made a lefty version, now they have another style stock that more closely resembles the M4 stock an AK-compatible stock.  At SHOT they were showing off some prettier AK stocks that were patterned to match wood handguards, as well as plum furniture. 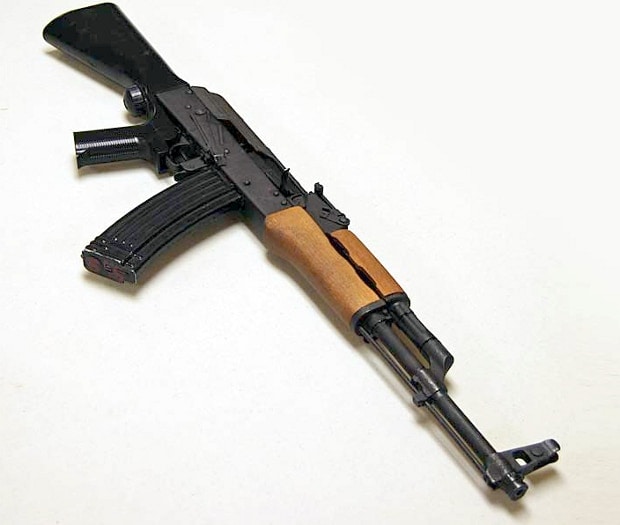 But enough about the new colors, how do they handle?  Sweetly.  They’re incredibly easy to use, and it’s surprising how quickly and intuitively you alter your shooting style to work these guys.  It took less than one magazine to get used to the system, and we were shooting controlled bursts in no time flat.

Controlled being the operative word, there.  Without exaggeration, with a little practice, you could take one of these to a practical shooting competition and do fine with it, and probably go damn fast at the same time.  You would have to try to let this gun run away on you, and the pushing motion on the forearm settles the rifle quite naturally.  It was easy to ring steel plates with every round in a burst, and man was it a crowd-pleaser.  Nobody left that range without grinning first. 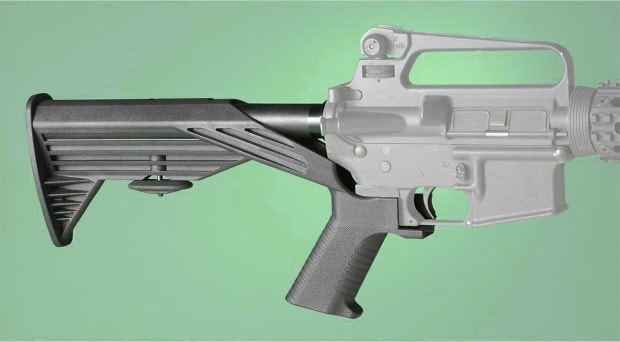 The simple truth is that they work well and you can put lead on target with ease.  They’re a great way to get some rapid fire lead downrange without spending literally thousands of dollars on a select-fire rifle.   These are steep right now, at $300-350, depending on the model, but they’re the only game in town, too.

Now as to their usefulness?  Well, they can be locked into semi-automatic mode, so they don’t negatively affect your rifle, but do you really have to wonder why anyone would want an automatic AR or AK?

Sometimes you just gotta make a lot of noise is all.