What makes the Smith & Wesson Model 21-4 so special is how much you can tinker with it. The design came from a time period where form took a back seat to function, so it isn’t uncommon for owners of the gun today to play around with components and loads.

Originally the gun was a reissue of Smith & Wesson’s classic 1950 .44 Special revolvers, but it was a short run. The first production of the Model 21 revolver ended in the mid 1960s, but decades later, in 2004, the defensive training academy Thunder Ranch pressed Smith & Wesson to dust off the old machines and churn out another batch, so there are more out there now and a few with the TR logo on the side plate. 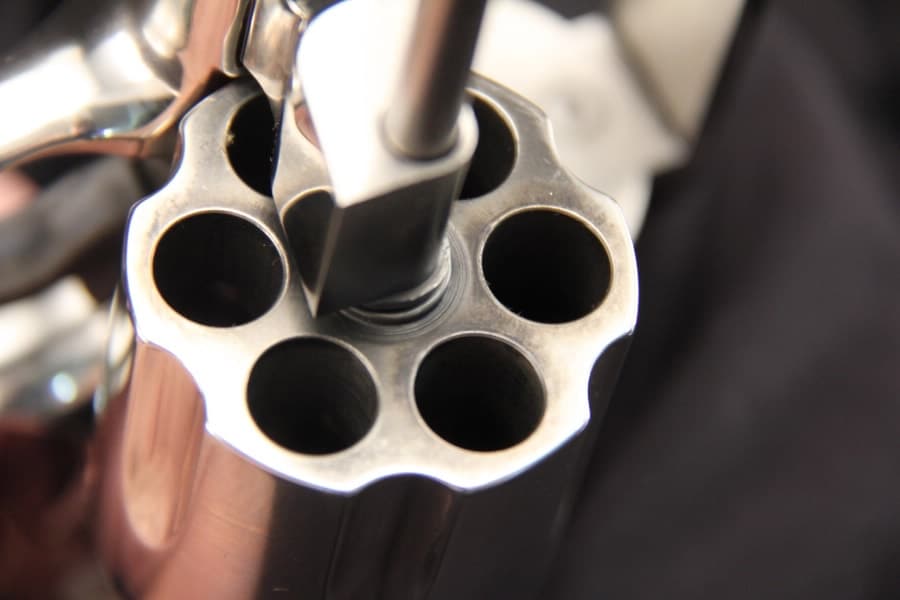 Straight from the factory, the gun is all business. It’s equipped with a six-shot cylinder, round butt, tapered barrel, and it has a rear pinch sight and half-moon front sight. And it’s built off Smith & Wesson’s classic N-frame, a style built to endure repeated firing of heavier loads.

The Model 21-4’s 4-inch barrel makes it a good intermediate length for carry or big-bore plinking. Try not to let Dirty Harry’s famous speech about the .44 Magnum intimidate you. While it’s the same caliber, it isn’t the same load. The .44 Special is a nice, easy shooting round.

But on that same note, when people do hear “.44” they will more than likely think of the magnum load instead of the Special, which makes the .44 Special something of a niche option. And you know who likes niche loads? Reloaders. My guess is a lot of the folks who swoon over this basic revolver are also the types who refuse to fire store-bought loads of anything.

The .44 Special was a game changer when it was introduced in the late 19th century. It was an early smokeless powder round and was developed from the .44 Russian, at the time an accurate, black powder round. 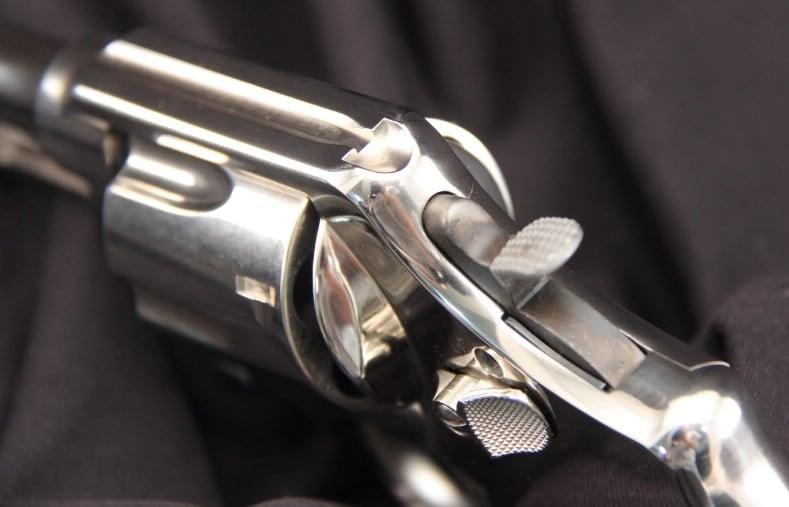 Today, there is so much loading info and tales from the .44 Associates (fans of the .44 Special), cowboy junkies, and every powder manufacturer that you’ll be breathing into a paper bag before you finish pressing your first load. There are just so many options in that sense.

And the Model 21-4 does well with slow and heavy bullets. It does well with light and medium velocity. If you wanted to narrow your reloading calibers but not your canvas, I’d choose the .44 special. I’ve reloaded up and down and settled on a load that puts my sights right at impact.

As for the action, it’ll do what it’s supposed to do, but how it does it is another story. I hesitate to say it but Smith & Wesson quality has had quite a range of acceptability (it’s a big company with a long history). So, in the internal tinkering department you also have some wiggle room with the Model 21-4.

For those who know their way around the Smiths, it’s not unusual to put a little polish job on the rebound block or slick up those contact surfaces. A spring kit from Wilson or Wolff will let you pick your own trigger pressure for about $20.  These little tweaks will make you feel like you had your own custom gun made just for you.

It’s also not uncommon for owners of a Model 21-4 to toy around with the grips. The grips the gun comes with are plain Jane Altamont in walnut, but there’s also some with Ahrends. 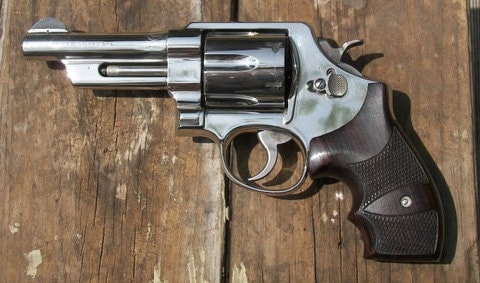 Since it hasn’t been produced in more than five years there’s a limited supply of the Model 21-4, so prices range from need-quick-cash $600 to a very optimistic $1,000.

I admit it, I’m smitten. I have one in blue and one nickel. I like the old style. It can be a range gun and a carry gun. Overall, it can be your custom gun in every way possible.