Gun Review: The Smith & Wesson M&P9c is a top contender for concealed firepower

Since 1994, people wanting to carry 10 rounds of 9mm in a reliable pistol chose the Glock 26. And while many other companies introduced new product lines to compete with the polymer champ, it wasn’t until 2005 that Smith & Wesson finally came out with the Military & Police line of pistols to battle it out with Glock.

While neither pistol is new, there are several new customers looking for concealable weapons as Americans are obtaining concealed carry licenses at an increasing rate. Many handguns in this compact class deserve time in the spotlight and one of the most deserving is the M&P9c. 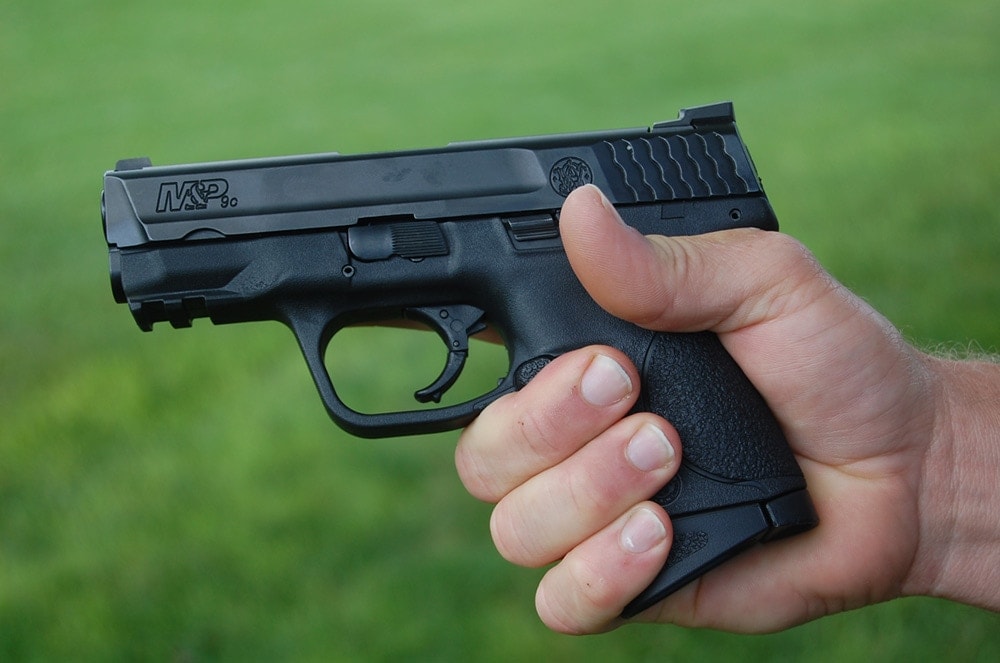 The 9mm Compact is available with a manual safety switch and a magazine disconnect, which doesn’t allow the gun to fire without the magazine installed (or you can go with the plain version, which is my choice).

The pistol is 6.7 inches long, 4.3 inches high, 1.2 inches wide and can hold 12+1 rounds. The worst dimension is weight — at 21.7 ounces without a magazine, the 9mm Compact weighs almost 2 ounces more than its Glock counterpart and slightly more than the mid-size Glock 19.

While numbers are important, I have a weakness when it comes to buying both guns and hiking boots — I think about what looks good first, then I consider fit. Luckily, the M&P takes care of both priorities.

With its textured grip, humped backstrap, takedown lever, scalloped slide grips, and textured magazine release, the M&P looks good. The interesting thing about all these features is that nothing snags during unholstering because everything is streamlined toward the rear of the gun.

One of the helpful features of the M&P is the three interchangeable backstraps. Just as a collapsible stock allows a long gun to fit different shooters, the M&P can fit shooters with different hand sizes and the backstraps are easy and quick to swap. There is even the fourth size option of using the pistol without any backstrap.

While the gun’s ergonomic grip fits the hand while shooting, its one drawback is that the backstraps not only protrude rearward, away from the muzzle. They also swell outward, increasing the grip’s width, which is something to consider before buying this gun as a carry weapon.

Because not all shooters are right-handed, Smith & Wesson gave the M&P an ambidextrous slide release and made the magazine release able to be switched for left-handed folks. Speaking of magazines, the gun comes with two — one that fits flush and lets my pinky barely hang on the grip, and a magazine with an extended grip that gives all four of my fingers plenty of space.

Looking at the top of the M&P, two features that pop out are the adjustable steel sights and a loaded chamber indicator. I’m not convinced LCIs are helpful on any firearm, but I’ll just give the reminder that LCIs and safeties should be treated alike — always used, never trusted.

The one part of the gun’s aesthetics that I don’t like is the white lawyer’s warning below the ejection port that screams, “CAUTION-CAPABLE OF FIRING WITH MAGAZINE REMOVED.” I wish Smith & Wesson had tucked away this bit of obvious information in the owner’s manual. At least they could have turned off the caps-lock. 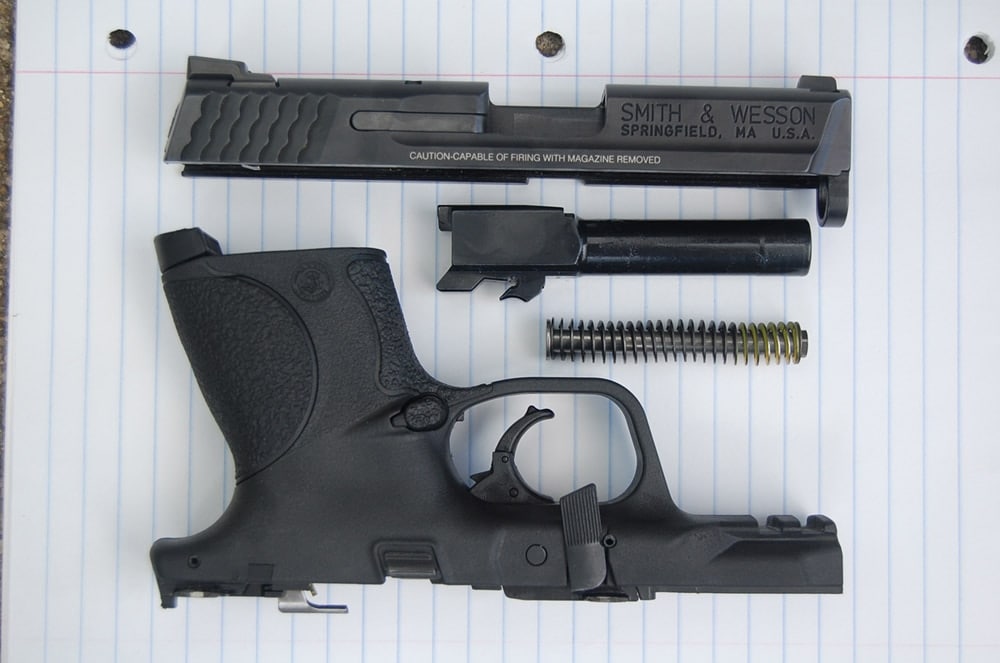 Since this isn’t a piece for hanging over the fireplace, the M&P’s looks are less important than how it shoots. The first M&P Compact I handled was a .40-caliber version and I was shocked at how the gun soaked up recoil. The small gun manages 9mm recoil even better. The gun moves so little that my hands have little trouble keeping a sturdy grip on the pistol shot after shot.

But the thing I really like (and some people hate) about this gun is the trigger. It starts slack with no resistance and hits a squishy wall. This is where the trigger doesn’t “break” off the sear as much as it eases off, but for some reason, this vague trigger works for me.

If I like the trigger, I should be tearing out the center of targets with this pistol, right? Well, I don’t have any stellar targets because I’m as inaccurate with the M&P as I am with every other handgun. I blame myself, not the gun.

If you need to carry a gun in the heat of summer, a tiny .380 pocket pistol is probably your best bet. If you can conceal a slightly larger gun, consider the M&P Compact’s smaller brother, the Shield.

And if you want more than a handful of bullets and can deal with a thicker pistol, the M&P Compact is a great choice. It’s comfortable to shoot at the range, it’s small enough to conceal, and since it holds 13 rounds, it serves as a reasonable home-defense gun. And it looks good the whole time.