Springfield Armory in 2011: A Year in Review (VIDEO)

You could almost call this the XD(m) in 2011: a Year in Review.  Springfield has found a golden goose in their upgraded plastic fantastic, and have developed more permutations of it, than some gun companies have models.

Springfield had a good thing going with their Croatian polymer pistol, the XD, for a long time.  But its design and function as an inexpensive, abeit tough-as-hell ergonomic workhorse of a sidearm for military and police duty wasn’t enough to cut it as a front-running American pistol.  Their introduction of the XD(m) was warmly-received, featuring better sights, a contoured grip, an improved trigger, and interchangeable backstraps (not to mention, a gigantic magazine) and it did very well. 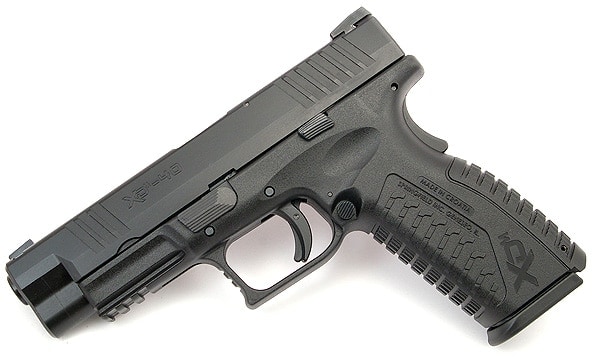 But by that time, Springfield had already rolled out dozens of versions of the XD, and the XD(m), while very nice, didn’t serve the market.  Springfield stumbled when they introduced the XD(m) 3.8.  Sure, it had its followers, but the majority of people wanted a gun that was shorter both in height as well as in length; the 4.5 is a handful of a gun.  And the serious competition scene still favored the 5-inch Tactical XD, so no gains there, either.  Springfield had themselves as their worst competition.

2011 changed all that.  Springfield zagged when everyone expected them to zig; they announced a new XD(m) and everyone’s money was on a sub-compact to finally put the 3.8 in its place.  They introduced the XD(m) 5.25 Competition.  And it was marvelous.

“Hands down, the XDM 5.25 Competition has been one of the most entertaining pistols I’ve fired in a while (or maybe my life is complacent). In the end, I didn’t have a problem cleaning up all the brass.”

The XD(m) comes ready for running and gunning right out of the case full of goodies.  With its exceptionally-long 5.25-inch barrel, front fiber-optic sight, fully-adjustable rear sight, (milled into the frame) and factory slide-lightening, it was rocking competitions as soon as it hit the market. The best part is that it only cost a little more than a regular XD(m), and you can find them for about $750.

Shortly thereafter, they came out with two more XD(m) Competitions, in .45 ACP then .40 S&W.  Knowing, though, that what people were aching for was an honest sub-compact, they also modified the 3.8 with a concealable-sized grip and a compact magazine.  It of course works with the full-size magazines with a grip sleeve, and Springfield includes three grip sleeves to match the XD(m)s three sizes of backstraps. 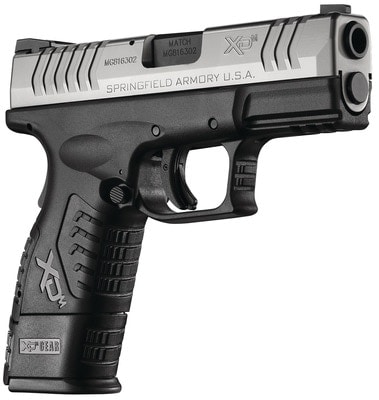 And though it took a few months, Springfield has finally made the XD(m) Compact available in 9mm, .40, and .45.

They really shook things up after that SHOT Show early this year, when they introduced the first Compact. With their decidedly-enjoyable XD(m) v. Range Officer competition that they held, people really got participatory.  For a month straight, people could vote once an hour on their favorite gun, and every day there was a random prize given away to the pool of voters; the more votes you put in, the better your chances were.

The Range Officer, while technically a 2010 gun, wasn’t really available ’til this year, so we’re going to honor it here.  Springfield decided to make a quality, near-custom level of features 1911 at a rock-bottom price (about $800). It really stands out against other new 1911s. 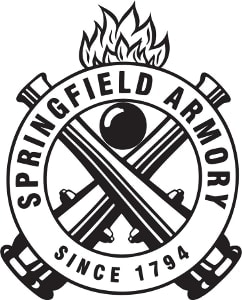 “The Springfield Range Officer is a competition-ready .45 ACP the likes of which no 1911 has been made before.  It has a full five-inch barrel with all-match-grade hardware, a polished barrel bushing and adjustable target sights.  It’s got a deep blue finish with checkered coco bolo grips, a lowered and flared ejection port, and an adjustable lightweight long trigger that breaks clean at five pounds.”

Springfield’s been dead-set on delivering high-end guns at everyman prices, and have succeeded in keeping their lineup modern with their specialized XD(m)s as well as classic with their spread of 1911s.  While they haven’t broken too many molds, they have updated nearly every product they make to stay competitive.

Oh yeah, and you still have a little time to cash in on their Gear Up promotion; get an XD-series gun, get three free mags and a mag holster.

Springfield Armory doesn’t stand still, and this year showcased that better than ever.